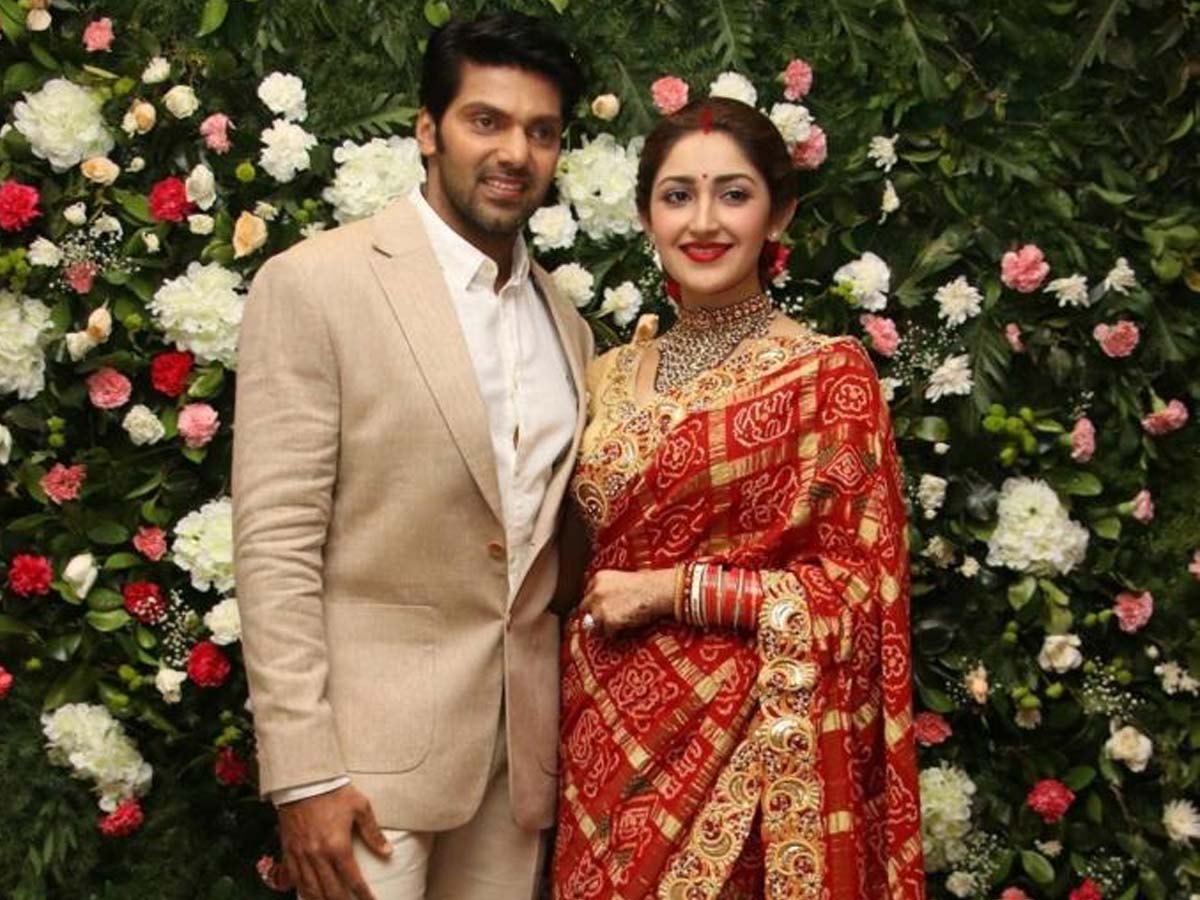 It is known that Tamil actor Arya and Sayyeshaa welcomed a baby girl on 23rd July this year.  They tied the knot in a grand wedding in March 2019.  They fell in love with each other during the shooting of Ghajinikanth and decided to get married. It was Vishal, the best friend of Arya, who confirmed this news with everyone. People who saw Vishal’ tweet wondered if Sayyeshaa  was pregnant. The couple often shares loved-up photographs from their trips on social media pages.

Now according to the latest update, Arya has now officially revealed the name of his baby girl for the very first time and it has taken the fans by surprise.  The actor shared this news with his fans and followers through a story on Instagram. On the occasion of  International Daughters Day that was celebrated yesterday, Arya revealed the name of his daughter- Ariana. Arya wrote on instagram, “2 months of being Dad. Happy daughters day Ariana”.

Sayeesha Saigal, mother Shaheen said on the social networking site about the name, “My granddaughter is 2  months old. You need to On the otherside,  Arya was last seen in Charbatta Paramparai, which was released on Amazon Prime.

He will be next seen in upcoming action drama Enemy which has Vishal in the lead role.