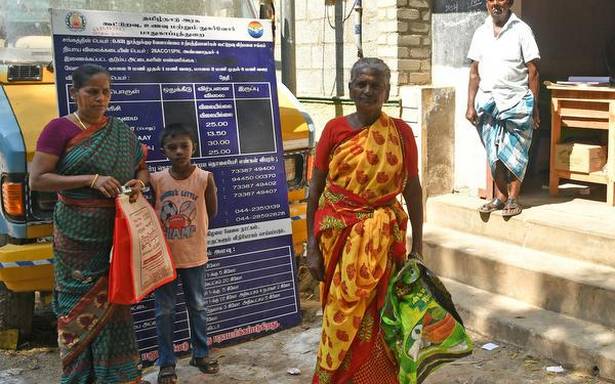 The ration shop on the Second Street of Anna Nagar in Thoothukudi has received only 700 gift hampers against the total number of 920 rice cards attached to this shop.

“Of this 700 gift hampers, only 684 bags had all 21 items while the remaining bags did not have ghee, cumin and a few more items. The cardholders, suspecting the workers of having taken these items, abuse us verbally,” said a ration shop worker.

The disappointed cardholders say that they had visited the shops at least twice and every time they were told that they would be given the gift hamper once it was received.

“After my two unsuccessful visits to the ration shop, I came to the shop today (Saturday). I have been told to come again on Tuesday to check if the fresh stocks of gift hampers have arrived. It shows poor planning by the government,” said a cardholder, a retired private firm worker.

Another major grievance of the cardholders is that the sugarcanes being given along with the gift hamper was of “inferior quality”. “The sugarcane being given in the ration shop is like a thin cane being used by the school teachers… Why should I receive it as my children will just throw it away,” said a woman who received the gift hamper from a ration shop in Bryant Nagar.

Admitting that there was ‘Pongal’ gift hamper short supply, the officials said the issue would be sorted out during next week.