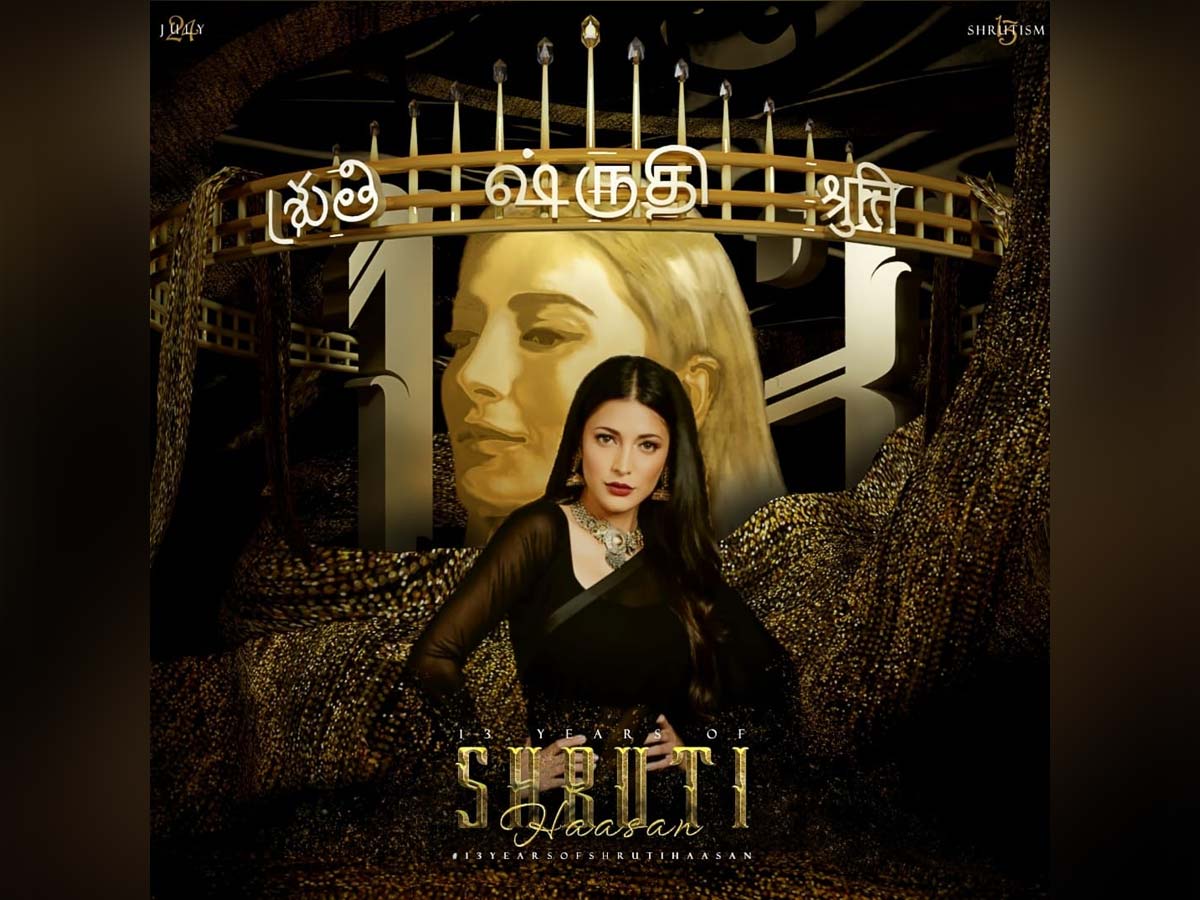 It has been 13 years since Shruti Haasan, the daughter of Kamal Haasan and Sarika stepped into films.  On this occasion, a common display picture of Shruti Haasan  was launched. She made her debut in films with Hindi film Luck, which was released in 2009. Later she went on to act in super hit films in the Tamil, Hindi and Telugu film industries. Some of her blockbuster films include 7aum Arivu, 3, Poojai, Srimanthudu, Gabbar Singh, Race Gurram, Premam, Katamarayadu, Krack and Vakeel Saab.

As Shruti  Haasan completed 13 years in films, she took to Instagram to share a video clip   and also wrote a special note thanking everyone who supported her. She wrote: Magical 13 years – I never actually thought I’d do more than a movie even I was not  born to do this I learned to love it and cinema has become the greatest source of joy in my life – in fact it has given me the life I’m so grateful for,  through the years I have learned a lot how to weather success and failures , how to waltz with confidence and doubt and most of all to appreciate honor of telling stories and giving souls to women I have never known before. I am  so eternally thankful for the love and appreciation I get and I never take it for granted , ever .

She  thanked everyone by saying, “Thank you for everything and I hope to give you more and fall more in love with this gift of time and art . Ps – weirdos just got to stick to being weirdos apparently it eventually pays off Thank you Thank you for these 13 years.”