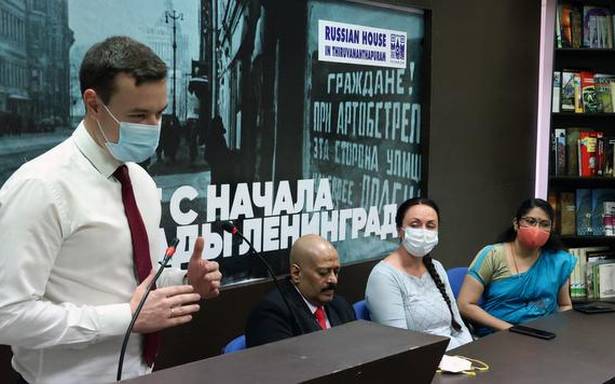 The siege of Leningrad (now St. Petersburg) during World War II was on Sunday remembered as one of the most terrible events in human history.

The Russian House in Thiruvananthapuram organised a seminar to mark the 80th anniversary of the start of the siege, which refers to the German blockade of the Soviet city during the war.

Only the Russians truly understand how badly the siege destroyed the beautiful city, Yulya Orlyova, a doctor from St. Petersburg, said on Sunday.

“’My grandmother, who had lost her father during the siege, used to tell us how her family had struggled in the days of winter without water, food, heating system and electricity. She is still alive. She was a child when the blockade began. She still remembers those days. My grandfather lost his brother,”’ she said.

Alexei Tarasov, vice-consul at the Consulate General of the Russian Federation, Chennai, inaugurated the seminar. The war had come quickly to Leningrad, he said.

“’The 900 long days of hunger, cold, bombing, fierce fighting cannot be compared with any other horrifying incident in the history of humankind. Nearly one million people died during the Siege,” he said.

Ratheesh C. Nair, Honorary Consul, said the contents of the diary kept by 11-year-old Tania Savicheva captured the helplessness of the people. An entry in it read, “’The Savichevs are dead. Everyone is dead. Tania is all alone.”