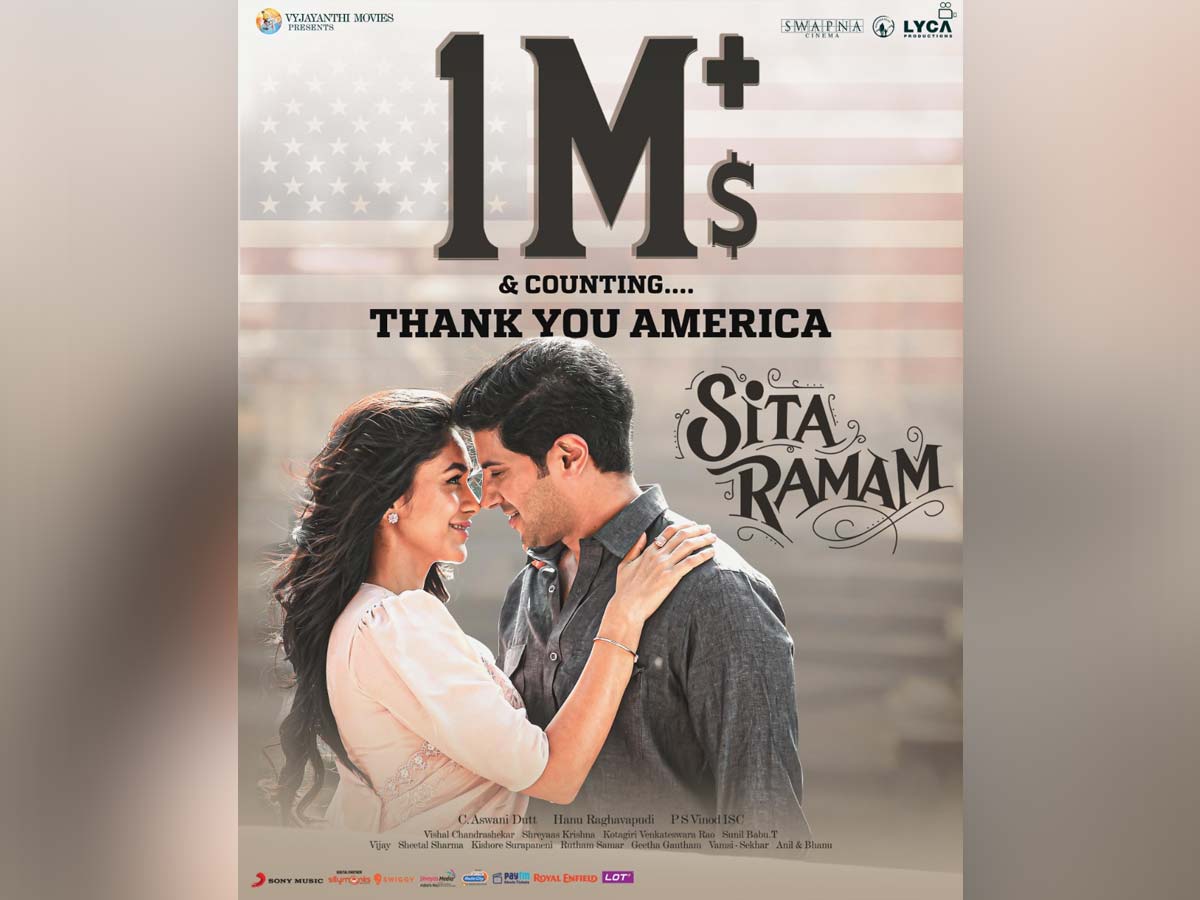 Sita Ramam has crossed $1 Million marks at the USA box office and the makers thanked America.The collections are super strong and trade pundits are expecting that the romantic saga will mint more in the coming days.

Apart from the lead actors, Sita Ramam also has   Prakash Raj, Gautham Vasudev Menon, Sumanth, Sachin Khedekar, and Bhumika Chawla  in the supporting roles. The film Sita Ramam is produced by Vyjayanthi Movies and Swapna Cinema and it has the music by Vishal Chandrasekhar.

The Performances of its star cast, Vishal Chandrasekhar’s music, Hanu Raghavapudi’s direction, PS Vinod’s cinematography, and Swapna Cinema and  Vyjayanthi Movies mindblowing Production values made  this  love story a classic. The positive word of mouth  for both the movies are so strong  and it is turning out a money spinner at the box office.