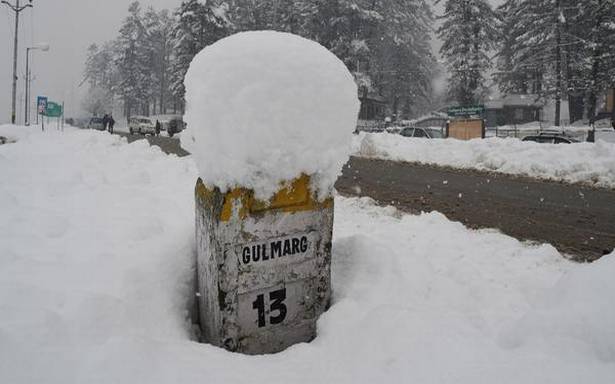 Continuous snowfall in Kashmir badly affected surface and air traffic on Wednesday. Several universities in the Valley postponed their examinations due to the ongoing spell of snowfall.

An official said only four flights out of 44 were able to land at the Srinagar airport. Even these were delayed due to poor visibility.

“Visibility dropped to 1500 metres due to light snowfall. The process for installation of the CAT-II instrument landing system (ILS) will commence in April and will be completed by November. Hopefully, next winter, our visibility requirement will be down from 900 metres to 500 metres,” the official said.

Intermittent snowfall also led to closure of the valley’s main road link, the 300-km long Srinagar-Jammu national highway, for traffic. One person died and another was injured when the wet spell dislodged a boulder and it hit a car near Jaswal bridge in Ramban district.

According to the MeT, “heavy to very heavy snowfall” was expected on January 7 and 8.