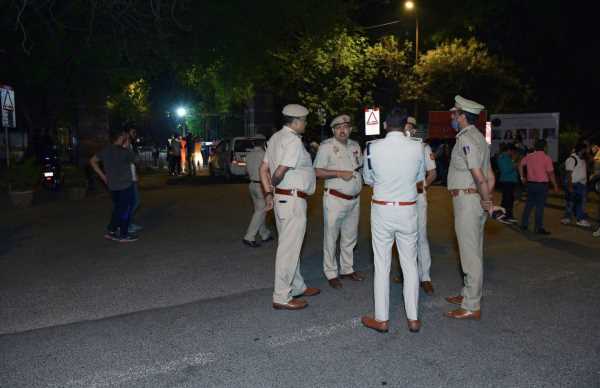 Some Jawaharlal Nehru University students called and said chicken should not be supplied to the varsity’s Kaveri Hostel mess on Ram Navami, claimed Afzal Ahmed, who has been delivering meat to it for nearly three decades.

Clashes had broken out between two student groups on April 10 allegedly over serving of non-vegetarian food at the mess, even as varsity authorities claimed the violence occurred after some students objected to a ‘hawan’ on the festive day, an assertion also made by Rashtriya Swayamsevak Sangh-affiliate Akhil Bharatiya Vidyarthi Parishad.

Ahmed told PTI that the callers were students of the JNU and he knew them. “It has never happened that I have been asked not to supply meat (at hostels) as there is a festival being celebrated,” he said.

Left-leaning student bodies and the Left-led JNU Students’ Union JNUSU have alleged that ABVP members stopped the mess vendor from supplying chicken and attacked him on April 10 afternoon.

However, the right-wing Akhil Bharatiya Vidyarthi Parishad denied the charge, asserting that “Leftists” obstructed a puja organised at the hostel on Ram Navami and were using diversionary tactics by raising the issue of serving of non-vegetarian food.

Ahmed said, “On the morning of April 10, I got a call from some JNU students asking me not to supply meat to the Kaveri Hostel. I told them that I had received the order on April 9.”

“But they threatened me saying if I supplied meat to the hostel, they would ensure that I am not able to supply meat to other JNU hostels. I told them I will come down and speak to them,” he told PTI.

On April 10, a Sunday, Ahmed, who has a shop in Indira Market, said that he reached the Kaveri Hostel around 2.15 pm and saw that members of the mess committee and the people, who had called him in the morning, were having a discussion.

“There were three to four men from both the sides. I sat there for sometime but then I thought they would take time so I left to supply chicken to the messes of other hostels on the JNU campus,” he said.

“Cooking begins at the messes from 4 pm, and dinner is served from 7:30 pm onwards. So, I left the spot to deliver chicken to the messes of other hostels,” Ahmed said.

Besides the Kaveri Hostel, there are 17 more hostels on the varsity’s campus.

Ahmed said that around 4 pm, he received a call from the Kaveri Hostel mess secretary asking him to come and deliver the chicken.

“I stopped my car and my workers started taking out the meat to be supplied to the hostel mess. At that time, five to seven men came and started threatening me. They even got into a scuffle with some mess committee members. They closed the hostel gate to stop me from entering it,” he said.

Scared that the situation could worsen, Ahmed said he asked his workers to keep the meat back in the vehicle and that they left from there.

“On Sunday, I was stopped at none of the other hostels. In fact, I have been supplying meat to JNU for the last 25-30 years and never has it happened that I have been asked not to supply meat as there is a festival being celebrated,” he said.

“Even on Sunday, the Kaveri Hostel mess secretary asked me whether I faced problems in supplying meat to any other hostel but I told that there were no issues elsewhere,” Ahmed said.

Wednesday, Friday and Sunday are the days when non-vegetarian food is served at the Kaveri Hostel mess.

Similar rules are followed by the other JNU hostels too.

“I am scared now as to what will happen when I return to the campus. But students will eat non-vegetarian food. If the mess committee or mess warden will assure me of my safety, I will feel better,” he said.

The ABVP claimed on Monday that seven days ago there was a general body meeting of the Kaveri Hostel mess committee where it was “unanimously decided” that no non-vegetarian food will be cooked in its mess on Sunday on the occasion of Ram Navami.

Raghib, the mess secretary of Kaveri Hostel, had denied that there was any GBM held on the matter.

“I got a message from the mess warden a day prior to Sunday that non-vegetarian food should not be served tomorrow. I asked him to give it in writing but he didn’t do it,” he had said.

Non-vegetarian food is served in the Kaveri Hostel mess on Wednesday, Friday and Sunday and the menu is pre-decided at the beginning of the month, he had said.

The mess committee of the hostels is a student-run body.

According to the hostel manual of the university, each hostel mess has a mess committee consisting of Warden (mess) as ex-officio chairman and six students elected by the residents of the hostel to supervise functioning of the mess.