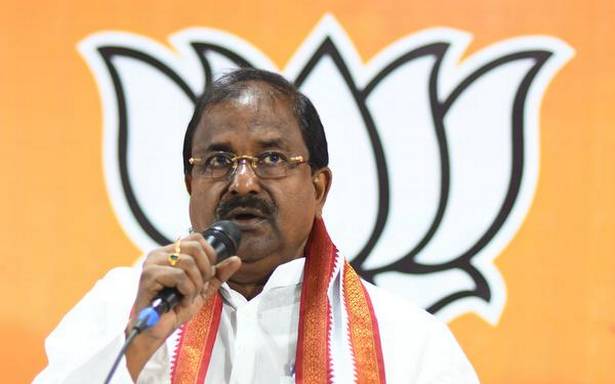 BJP State president Somu Veerraju strongly condemned the arrest of leaders of his party and Jana Sena Party (JSP) ahead of Pawan Kalyan’s Sramadanam at Rajahmundry. “It is nothing but a mockery of democracy by the YSR Congress (YSRC) government,” he said in a press release.

He said the government has shirked from its responsibility to solve the people’s problems and it was stifling the voice of those questioning it’s failures. “The government’s inability to keep roads in proper condition was glaring and it was least bothered to even get minimum repairs done.”

Mr. Veerraju said the BJP was fully supportive of Mr. Kalyan’s campaign and requested the government not to place obstacles in the path as his fight was not intended to derive political mileage. The government should not use the police to meet its ends, he added.