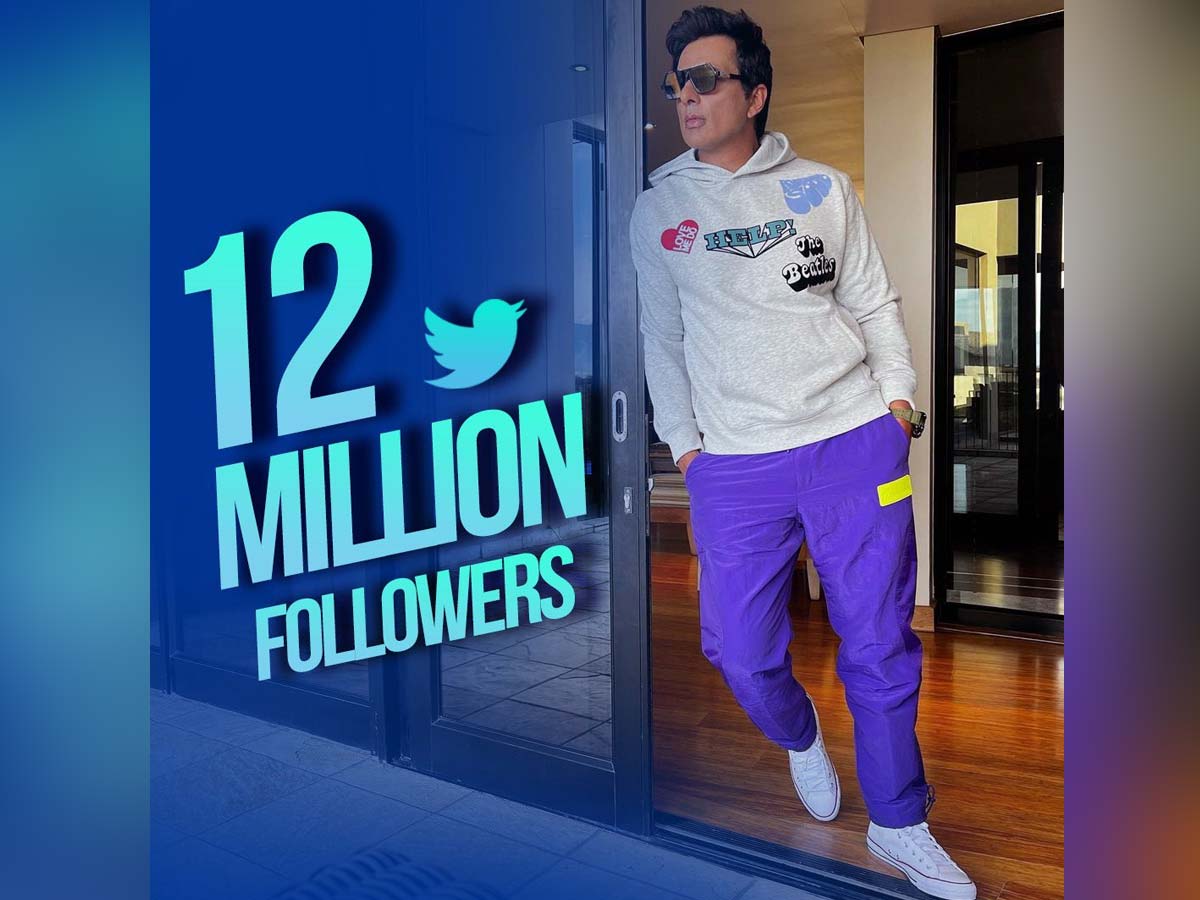 Sonu Sood followers reached 12 million mark on Twitter: Sonu Sood, who is well known for antagonist roles in the movies, has become the god for the poor and needy in the corona lockdown. Now according to the latest report, Sonu Sood has crossed a huge milestone on Twitter. Arundhati Villain Sounu Sood clocked the 12 million followers mark on the micro-blogging site- Twitter.

People of India treated Sonu as a real hero when he sent thousands of migrant workers to their hometowns at his own expense. The actor has earned admiration from all the parts of the country for his generosity and for helping those in need.

The entire country praised Sonu Sood’s services and named him a Real Hero of India.  He majorly uses his Twitter platform to solve the problems of people asking for help. He has saved many lives in the second wave of the corona.

On the work front, Sonu Sood was last seen playing the role of villain in recently released social drama Acharya which has Chiranjeevi and Ram Charan in the lead roles.

There was an outpour of love for  the Indian actor Sonu Sood when he was helping people out during COVID 19 pandemic. Among the gestures included the people creating a temple in his name, naming the stores after him, and one of the incidents that made headlines was a group of people pouring milk over a big photograph of his. The gesture was once again witnessed by  the actor’ fans as Acharya was released in theatres. He extended his gratitude for the love showered on him in the theatres.