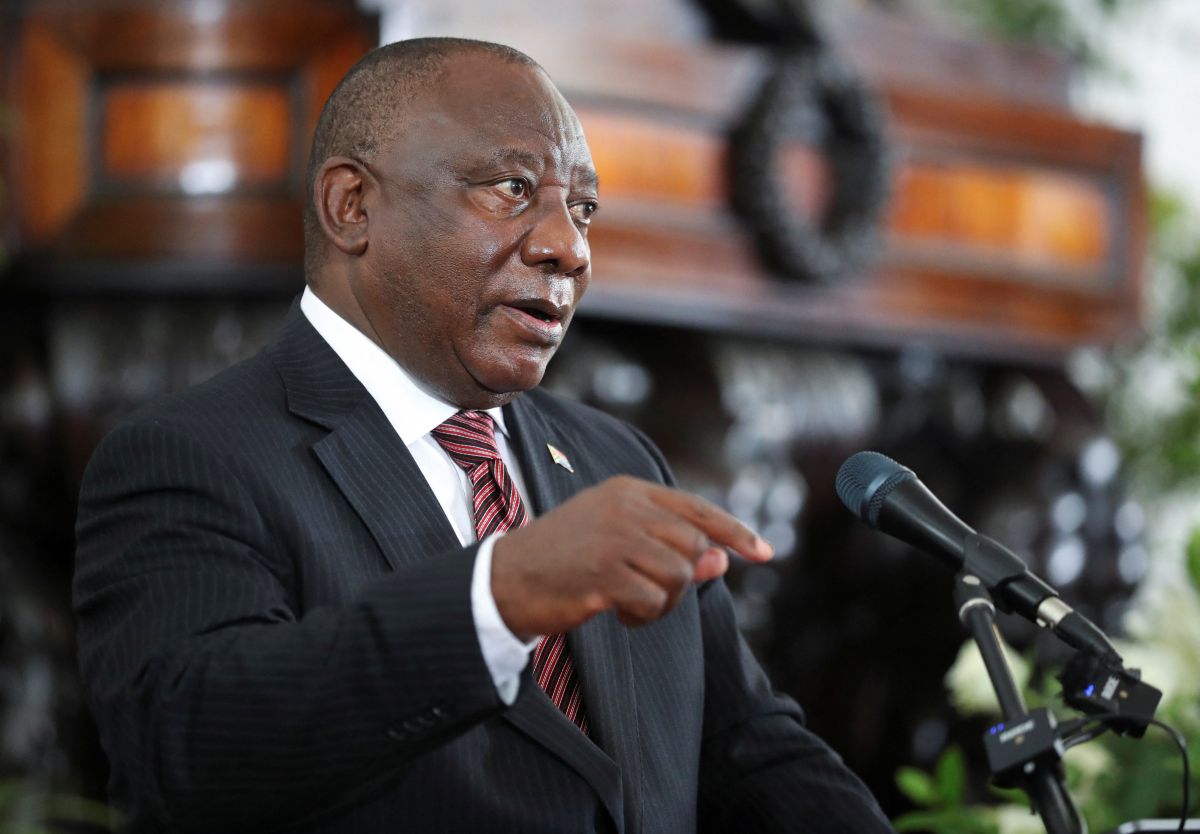 President Ramaphosa contracted COVID-19 infection on a day when the country recorded a new high of 37,875 new infections overnight, dramatically up from the previous day’s 17,154 new cases.

Gungubele said the President, who is fully vaccinated, is in self-isolation in Cape Town and has delegated all responsibilities to Deputy President David Mabuza for the next week.

President Ramaphosa and the South African delegation were tested for COVID-19 in all of the four West African countries that he visited over the past week. They also tested negative upon their return to South Africa on Wednesday.

‘President Ramaphosa says his own infection serves as a caution to all people in the country to be vaccinated and remain vigilant against exposure,’ Gungubele said.

Although all health regulations pertaining to hand hygiene, the wearing of face masks and social distancing were observed at the
memorial service, people who were in contact with Ramaphosa on Sunday have been advised to watch for symptoms or to have themselves tested for the Covid infection.

Ramaphosa was expected to be briefed by the Corona Command Council later this week amid the exponentially soaring infections in a fourth wave across the country which largely being driven by the Omicron variant, first detected in South Africa three weeks ago.

It is still unclear whether Mabuza will continue with these meetings, which analysts have been expecting to result in a possible increase in the lockdown regulations from the current lowest Level One of a five-level lockdown strategy.

Experts have called for serious action, especially on gatherings, as millions of people head for coastal cities and traditional family
gatherings in their ancestral homes for the holiday period starting on Thursday.