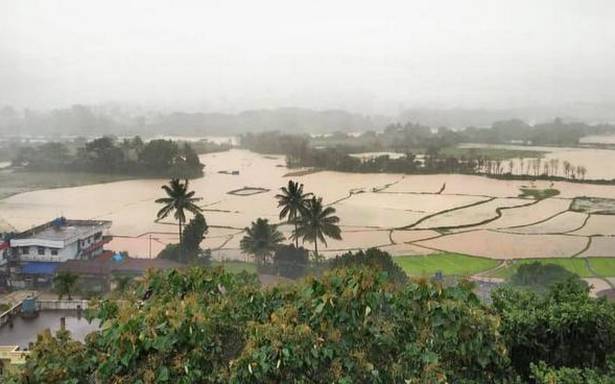 From warmer summers and winters to heavier and more frequent rainfall, signs of changes in the climate pattern are expected across all States in South India over the next three decades, says a new study by the Center for Study of Science, Technology and Policy (CSTEP).

The report, ‘District-Level Changes in Climate: Historical Climate and Climate Change Projections for the Southern States of India’, reveals changes in climate patterns that are likely to occur in South India over the next three decades, compared to the historical 30 years (1991-2019) in all the districts of Andhra Pradesh, Telangana, Kerala, Karnataka, and Tamil Nadu.

The study reveals that over the last three decades, up to 2019, temperature and rainfall have increased, and there is greater variability in rainfall across all South Indian States. Climate projections for 2021-2050 indicate overall warming of both summer and winter minimum temperatures, an increase in the number of rainy days (more than 2.5 mm rainfall/day) and heavy rainfall events across almost all the districts of the southern States.

Rainfall variability shows mixed trends, but it decreases during both kharif and rabi seasons in a majority of the districts of South India. The number of rainy days is projected to increase in the 2030s in almost all the districts in South India, and rainfall deficient years (less than 20% of long period average rainfall) are projected to decline. States are likely to see an increase in high-intensity (51–100 mm/day) and very high-intensity (over 100 mm/day) rainfall events in the 2030s, the study adds.

“The Global Climate Risk Index 2021 ranks India seventh, considering the extent to which India has been affected by the impacts of weather-related loss events (storms, floods, heatwaves, etc.). The index signals that repercussions of escalating climate change are exacerbating and can no longer be ignored. A good understanding of historical climate trends and climate change projections at a district scale is essential in this endeavour as much of the decision-making, planning, and implementation happens at the district level,” the study stated. It calls on States to integrate this information into the State Action Plans on Climate Change, and to institute climate risk assessments.