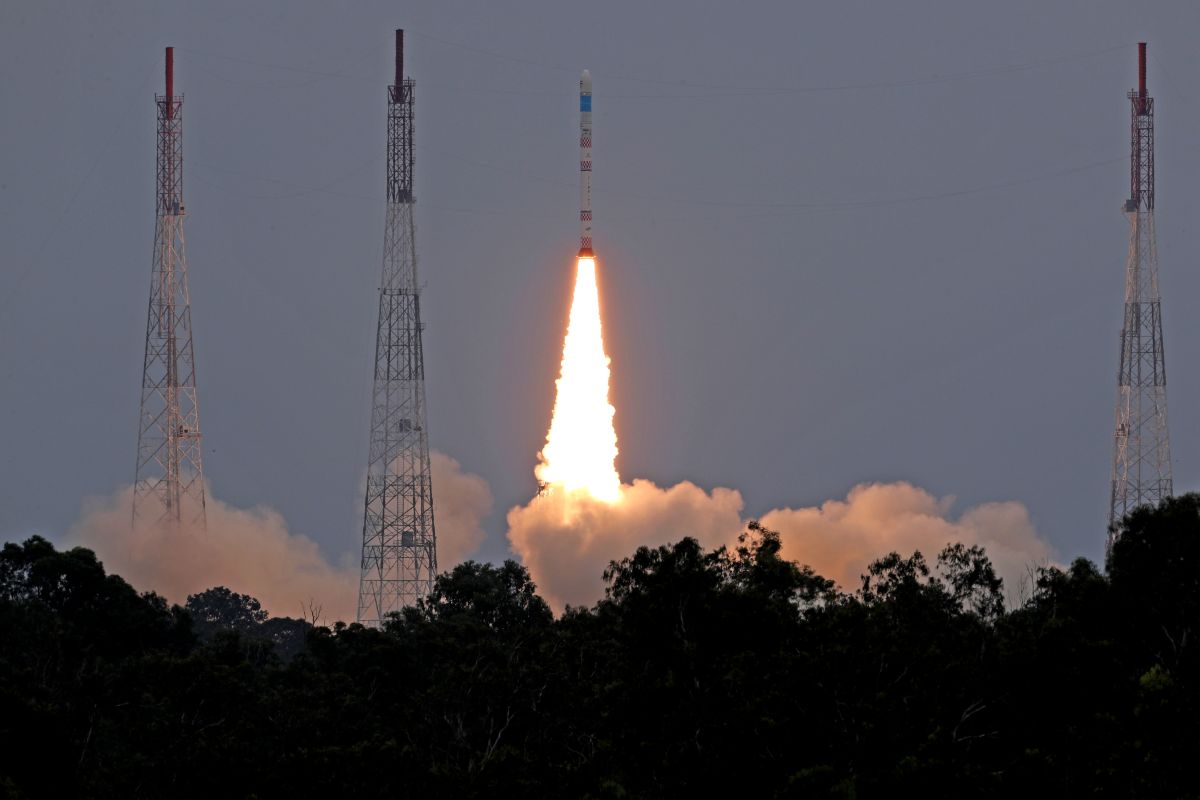 Billionaires are not only eyeing a profit as they push mankind out into the stars.
It appears India will be among those nations consigned to being among the watchers and not participants of this crucial phase, observes Aakar Patel.

Parliament was told this month that the Indian Space Research Organisation will conduct its first abort demonstration test on India’s ambitious astronaut mission before December 31 this year.

The Gaganyaan mission is one of the most challenging undertakings by Isro and four Indian Air Force officers, whose names remain confidential, are training for the mission and have been working with Russia’s Roscosmos for the mission.

India is among only a dozen nations that have put an object in orbit.

We first did this 40 years ago and this is something the richest man on earth still hasn’t been able to do though his space company is now two decades old.

The reason so few have succeeded is that orbit is hard.

Things stay in orbit only if they achieve a speed horizontal to the earth of 27,000 kmph.

If this ‘escape velocity’ is not achieved, the object falls back.

The restrictions physics imposes on rocket design is what make this difficult: over 90% of a rocket’s weight is just fuel.

Advances in rocket technology happened broad in two phases. The first was the decade of the 1960s.

The Russians put the first object in orbit, the first living thing (a dog) and satellite, the first man in orbit and the first spacewalk. The Americans followed.

Within a decade from the late 1950s to the close of the 1960s the world went from having no satellites to humans on the moon.

But after that was achieved, the high costs, boredom from the American public and the failure of the Soviet moon rocket ended the energetic race.

After 1972 the US went from having the capacity to put humans on the moon — deep space — to limited capacity in lower earth orbit, a few hundred kms.

After the Space Shuttle programme ended a decade ago America had no ability to put humans even in low earth orbit.

Today that capacity exists only with Russia using its very old rocket, China and the private firm SpaceX.

China first put humans in orbit around two decades ago and has a manned space station orbiting 400 km above earth, something only the United States and Russia have done, before a group of nations (which does not include India) developed the International Space Station.

ISRO has a plan to put humans in orbit in the next couple of years. This will not be easy.

The rocket meant to do this failed earlier this month when its third stage did not fire.

Even so India has done very well comparatively though its capacity is limited by funding and access to technology.

Our rocket boosters are powered by an ancient engine first designed by France and using low-efficiency, toxic fuels called hypergols.

We have some experience in more efficient cryogenic or supercooled fuels (that failed third stage was cryogenic) running on an indigenous engine, but generally speaking India’s capacity is not at the level of the more advanced countries and companies.

ISRO has no ability to reuse its rockets, pushing up cost.

In the last few years a new space race has begun. This time it is being driven by private companies and China. This time the motivations are different.

America wants a base on the moon, there are plans in place to colonise Mars (the gigantic second stage of the rocket designed to do this was test flown in Texas this year).

To get a sense of its scale consider that it will take 150 tons to Mars, while the Mangalyaan orbiter ISRO sent to Mars in 2013 weighed 15 kilos.

There are plans to mine asteroids for rare minerals and bring them to earth, to permanently occupy Mars and in fact even to change its climate to make it more earth-like.

That is the scale of the ambition and it is being pursued as you read this.

What this means is that a vast technological gap is opening up and will continue to open up between those doing this — a handful of private firms, the United States and China — and the rest of the world’s nations.

This gap will not be limited to the resources that their capacity will give these few entities access to.

It will also empower them with the new technologies that they will develop over the next decade as they do things that nobody else is doing or can do.

Spinoff tech from the first space race and the tens of billions of dollars pumped into innovation six decades ago produced the portable computer, the mouse, LASIK, artificial limbs, freeze-dried food, water purification and GPS.

More breakthroughs of this magnitude will come, first to the entities that develop them and perhaps then for wider commercial use. We will see these before the close of this decade.

We must consider also what colonies of humans, possibly of many nationalities, on another planet will mean for earth.

The idea of nation-States and borders will appear to be a little silly when our species is colonising the solar system.

It is possible that enormous change will sweep over the world when breakthroughs at a planetary level come, and they will not be easy to predict or stop.

Perhaps all of this will not happen for some reason and the space race will end or pause.

As we have seen, innovation in space technology collapsed immediately after the moon landings.

America lost its capacity to land men on the moon and still does not have it.

Something could hinder or pause the current race also.

But it is hard to think of what this will be: There is considerable progress and interest already and billionaires funding it are not only eyeing a profit as they push mankind out into the stars.

It appears that India will be among those nations consigned to being among the watchers and not the participants of this crucial phase.

We must consider the implications and what that means for us in a future that we are rapidly hurtling into.