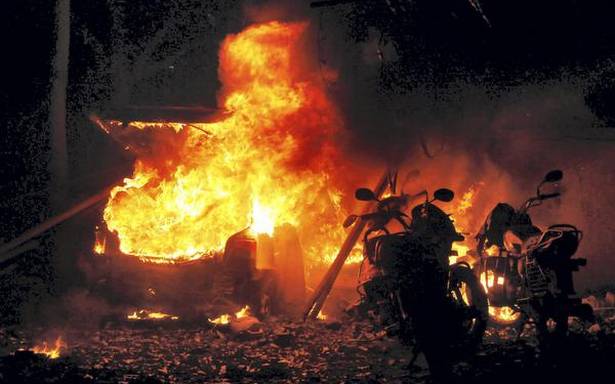 77 persons are accused in attacks that killed 56

A local special trial court in Ahmedabad has concluded the trial against 77 persons accused of carrying out serial blasts in the city in 2008, which killed 56 persons and inured 200 others.

Ahmedabad was rocked with as many as 21 blasts across the city, including at the civil hospital’s trauma centre, in a span of 75 minutes.

After the protracted trial that began in December 2009 and lasted almost 13 years, the special trial court judge A.R. Patel on Friday concluded the hearing and reserved his verdict.

During the trial, the prosecution examined over 1,100 witnesses against the accused, who are allegedly members of the Indian Mujahideen (IM), a faction of the banned Students Islamic Movement of India (SIMI).

The Gujarat Police during the investigation found that the IM terrorists had planned these blasts as revenge for the 2002 post-Godhra riots, in which several persons from the minority community were killed.

Immediately after the blasts in Ahmedabad, the police recovered live bombs from different parts of Surat, following which 20 FIRs were registered in Ahmedabad and 15 in Surat.

Subsequently, all 35 FIRs were consolidated naming 85 persons out of which trial commenced against 78 accused. One of the accused later turned approver, leading to the trial against 77 persons. Seven other accused are still absconding.

The accused have been charged with murder, criminal conspiracy and relevant provisions of the Unlawful Activities (Prevention) Act (UAPA).