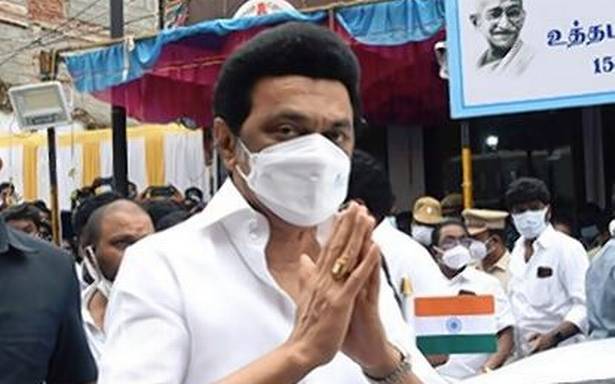 The CM alleged that though the AIADMK had been in power for 10 years, it had failed to fulfil the promises made in the two Assembly elections

DMK president and Chief Minister M.K. Stalin on Sunday called upon people to vote for the ruling alliance in the upcoming rural local body elections in the nine newly-created districts, saying that it was through local bodies that government schemes would reach people without any hurdles.

Recalling various schemes announced and implemented by the DMK government within a short span of time, the Chief Minister said the government would come out with more such schemes and the people’s support was important for their implementation. “However great they may be, schemes can reach people only through the local bodies. Your votes are important for their implementation,” he said in a message to voters on the eve of the local body elections.

According to Mr. Stalin, the DMK and its allies were always thinking of people and people should make use of them.“You voted for us in the Assembly elections and you should vote for us in the local body polls. You voted for us with the hope that we would implement the promises made during the elections. You made me the Chief Minister of the State and I have been working for you and fulfilling promises,” he said.

Mr. Stalin alleged that though the AIADMK had been in power for 10 years, it had failed to fulfil the promises made in the two Assembly elections. “The DMK government has created history in India by fulfilling 202 of the 505 promises made during the Assembly polls in four months. You should continue to support the government which has intelligence and functions in a responsible manner,” he said.