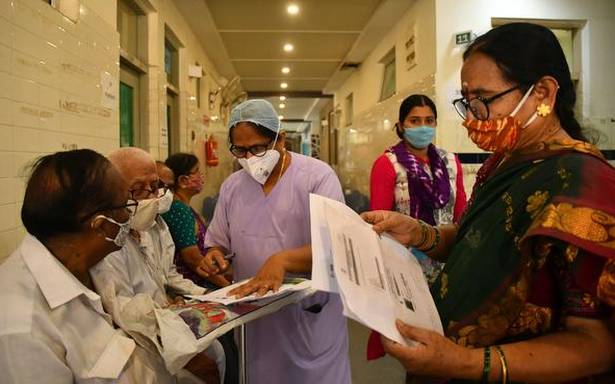 Telangana crossed the 1,000 COVID-19 cases mark with 1,078 people testing positive on Friday. Over 1,000 cases were last detected on November 18, last year. Along with the cases, the number of ICU beds occupied by COVID patients also crossed 1,000.

The number of ICU beds occupied by COVID patients is considered an important parameter to understand the severity of the pandemic. The ICU beds’ occupancy was only around 350-370 from March 1-14, and gradually increased thereafter to 1,081 on Friday.

Over 1,000 ICU beds were last occupied on October fourth week.

The new 1,078 cases include 283 from Greater Hyderabad Municipal Corporation (GHMC), 113 from Medchal-Malkajgiri and 104 from Rangareddy.

While there were 75 cases from Nizamabad, 46 from Sangareddy, 40 each from Nirmal and Jagtial, 33 from Nalgonda, 34 from Karimnagar, 27 from Warangal Urban, and 25 from Adilabad, the lowest of one case is from Mulugu, and two from Kumaram Bheem Asifabad district.