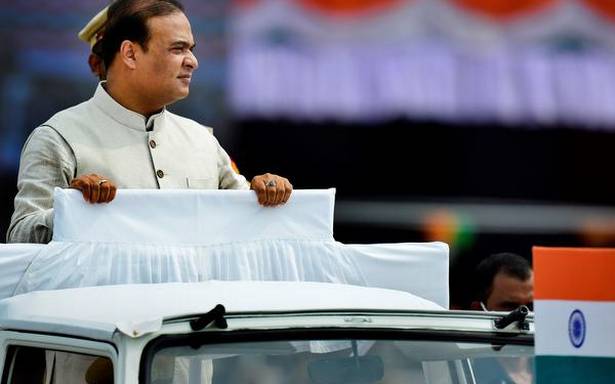 Committed to provide technologically-advanced and citizen-friendly police force, he says

The status of cases registered since May 2021 was the focus of discussion during a two-day conference of Assam’s Superintendents (SPs) of Police that Chief Minister Himanta Biswa Sarma chaired for 18 hours at a stretch.

The conference, held at Duliajan in eastern Assam’s Dibrugarh district, concluded on Tuesday.

“I wanted to know the status of the cases registered over the past eight months,” Mr. Sarma told reporters, asserting his government’s commitment to providing a technologically-advanced and citizen-friendly police force to the people.

He said the law and order across the districts and issues related to policing were discussed at the “intense 18-hour marathon meeting” where the SPs and the additional SPs provided updates on the security scenario in their districts.

The Chief Minister instructed the top police officers to take the war against drugs to a “deciding state”, asserting that organised crime nexus has to be stopped for protecting the youth, the nation’s assets.

He underscored the importance of “invisible policing” through the use of proper technology.

Mr. Sarma also said the number of personal security officers (PSOs) attached to elected representatives and selected individuals would be curtailed by 50%. The State has 4,800 PSOs.

The Chief Minister indicated the withdrawal of the Army personnel from most parts of the State saying the people will get the “good news” about the Armed Forces (Special Powers) Act when it comes for a review by February-end.

He was confident about the settlement of the border disputes with Meghalaya and Arunachal Pradesh within this year. “But before reaching any decision, the State government will talk to various organisations and political parties,” he said.

He said the talks with Mizoram had started recently while the dispute with Nagaland was pending in the Supreme Court.