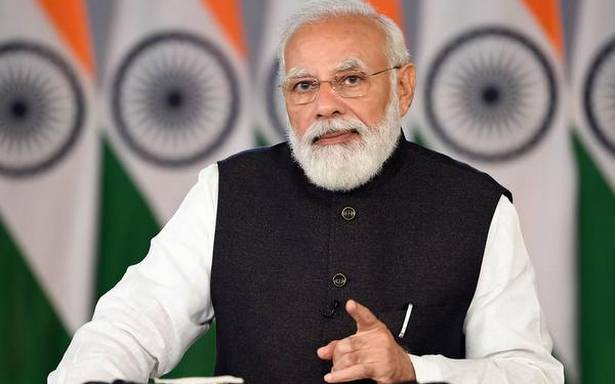 Strongly condemning the attack on an Assam Rifles convoy in Manipur that claimed seven lives, Prime Minister Narendra Modi said on Saturday that their sacrifice will never be forgotten.

Five soldiers including the Commanding Officer of 46 Assam Rifles, and his two family members were killed in the attack on their convoy at Churachandpur in Manipur on Saturday.

Mr. Modi tweeted, "Strongly condemn the attack on the Assam Rifles convoy in Manipur. I pay homage to those soldiers and family members who have been martyred today. Their sacrifice will never be forgotten. My thoughts are with the bereaved families in this hour of sadness." The convoy was targeted by suspected militants of the People’s Revolutionary Party of Kangleipak (PREPAK), a militant group in Manipur demanding a separate homeland.