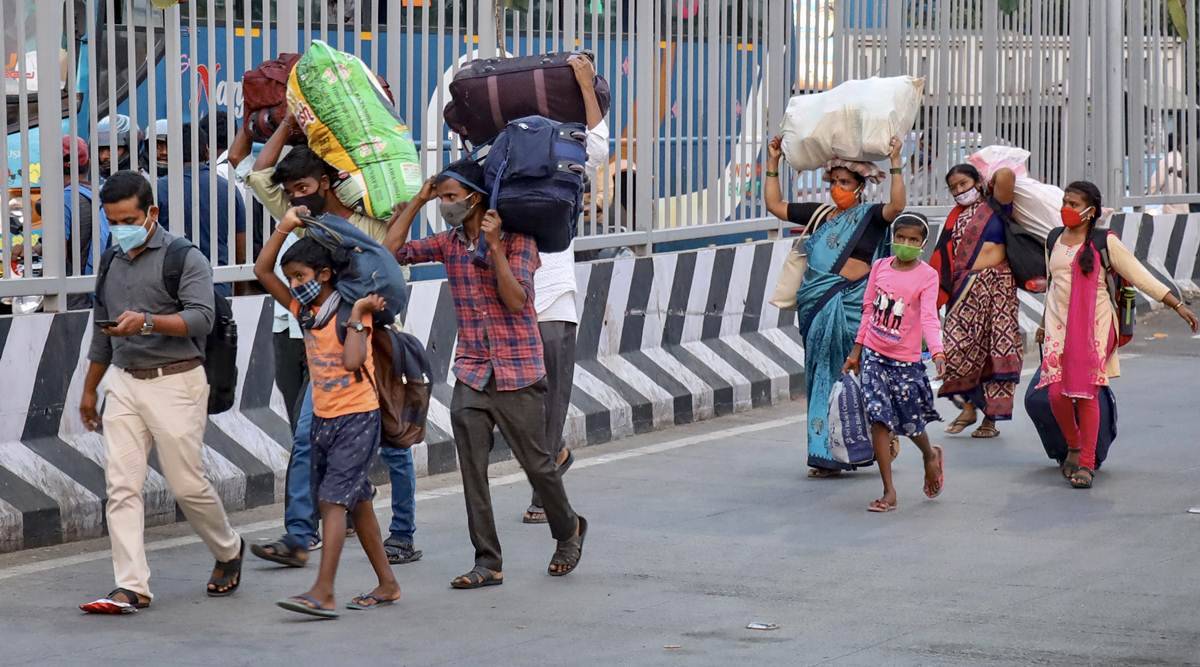 The survey, which will be released online Wednesday, shows that only 45 per cent of female migrants returned to their urban workplaces — 40 per cent of them earned no income across a week in which they were tracked in February 2021. 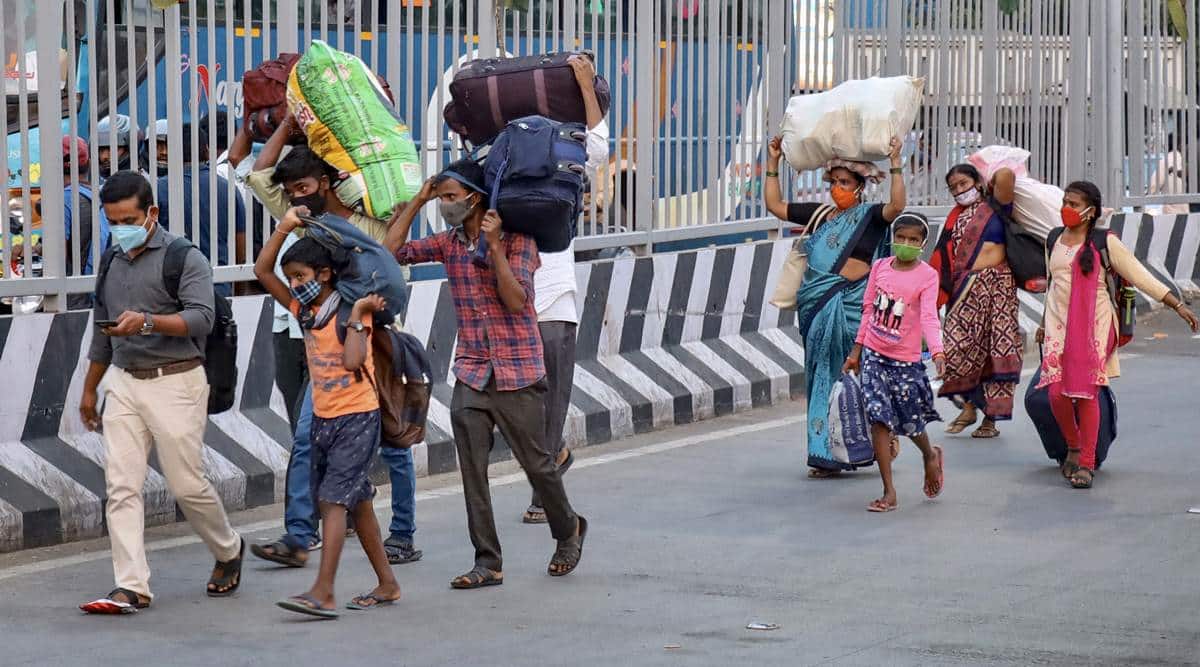 MIGRANT WORKERS who returned to cities for work after the first Covid lockdown earned roughly five times as much as those who stayed back, and last year’s exodus affected women more than men, according to a Yale University survey that tracked 5,000 migrants across north and central India from April 2020 to February 2021.

The survey, which will be released online Wednesday, shows that only 45 per cent of female migrants returned to their urban workplaces — 40 per cent of them earned no income across a week in which they were tracked in February 2021.

In comparison, 55 per cent of men returned to their workplaces and only a quarter of them had no income across the same week in February, according to the survey conducted over phone by researchers from Yale and the Inclusion Economics India Centre at KREA University with Bihar and Chhattisgarh as “source states”.

Moreover, more than 40 per cent of those who stayed home were still concerned about running out of food after the harvest season. More than 20 per cent said they were eating less than normal.

The survey tracked migrants from two source states and spread across destinations in all states and UTs in India.

With a second Covid wave triggering fears of another migrant exodus from cities, the research urges policy efforts to retain workers in urban areas and focus on women.

“Those who remained at home in rural areas were more likely to report being unemployed, reducing food consumption, mortgaging or selling assets, spending down savings, and taking loans to make ends meet. To the extent it is possible to help those who returned to urban areas remain in cities through localized lockdowns, such as by providing economic support through employers and rations, we can protect migrants from another costly return to rural areas and enable a speedier economic recovery,” the report states.

“The current Covid surge isn’t an additional crisis for India’s migrant workers, but the continuation of one that began with last year’s nationwide lockdown,” said Charity Moore, director, South Asia Economics Research at Yale University’s MacMillan Center, and a researcher on the survey.

“These migrants have not recovered economically and remain extremely vulnerable. Those in urban areas struggle and need additional support during lockdowns, but we see the deepest and most consistent vulnerabilities, such as food insecurity, among women and migrants who remained in their home villages after their first return,” Moore said.