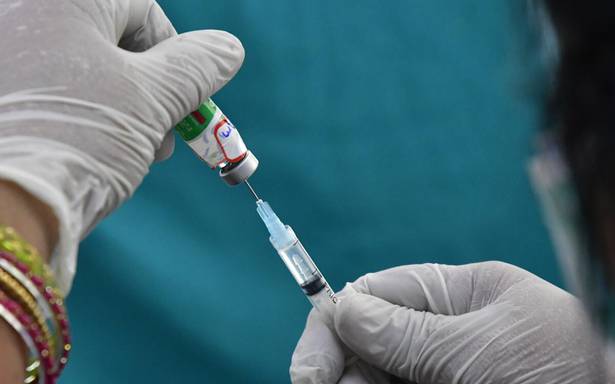 It has been attributed to data entry errors, mainly in BBMP limits

Of the total 564 adverse events reported in December, 360 have been reported in four days since December 15.

While State health officials attributed this to data entry errors on the portal, sources said this could be late audit and verification of the adverse events, mainly because of lack of evidence to establish the adverse events from the districts.

According to data from the Health Department, the State has recorded a total of 3,066 minor, 54 severe, and 105 serious AEFIs since January 16, when COVID-19 vaccination was rolled out till December 18.

The 105 serious AEFIs include 54 deaths following COVID-19 immunisation. However, officials said there is not enough evidence to establish that the deaths were due to vaccination.

“The data entry operators have clicked on AEFI while generating old certificates (to collate data of those who are due for second dose) on the CoWIN portal in this one zone. We will have to write to the Government of India for correction once we collate the correct details,” she said, emphasising that most of the adverse events were mild fever, headache and anxiety.

Mallesh K., chairperson of the State AEFI committee, said although the committee discusses all adverse events reported, the final conclusion to establish the cause of deaths can be done only after the districts submit detailed information about each case.

Stating that the committee has met seven times in the last one year with the last meeting on December 3, Dr. Mallesh said more than 60 AEFIs (pertaining to both COVID-19 vaccination and routine immunisation) were discussed during the recent meeting.

“Sometimes in the absence of detailed information, we only discuss the adverse events but do not give reports on the cause till all information and investigation evidence is obtained. The spike on a particular day could be due to technical glitches,” said the doctor, who heads the Department of Paediatrics at Bangalore Medical College and Research Institute (BMCRI).

Although 54 deaths following immunisation have been recorded, only 13 post-mortems have been done till last month. “This is mainly because families do not agree for post-mortems. We have been insisting on post-mortems of all deaths but have noticed that families, especially in rural areas, are reluctant,” he said.

“Unless a post-mortem is done, it is difficult to establish the cause of death, especially if the deceased has comorbidities. In case officials are unable to convince the families for the post- mortems, we get the verbal autopsies done and mention our limitations in the reports that we send to the National AEFI committee,” added Dr. Mallesh.