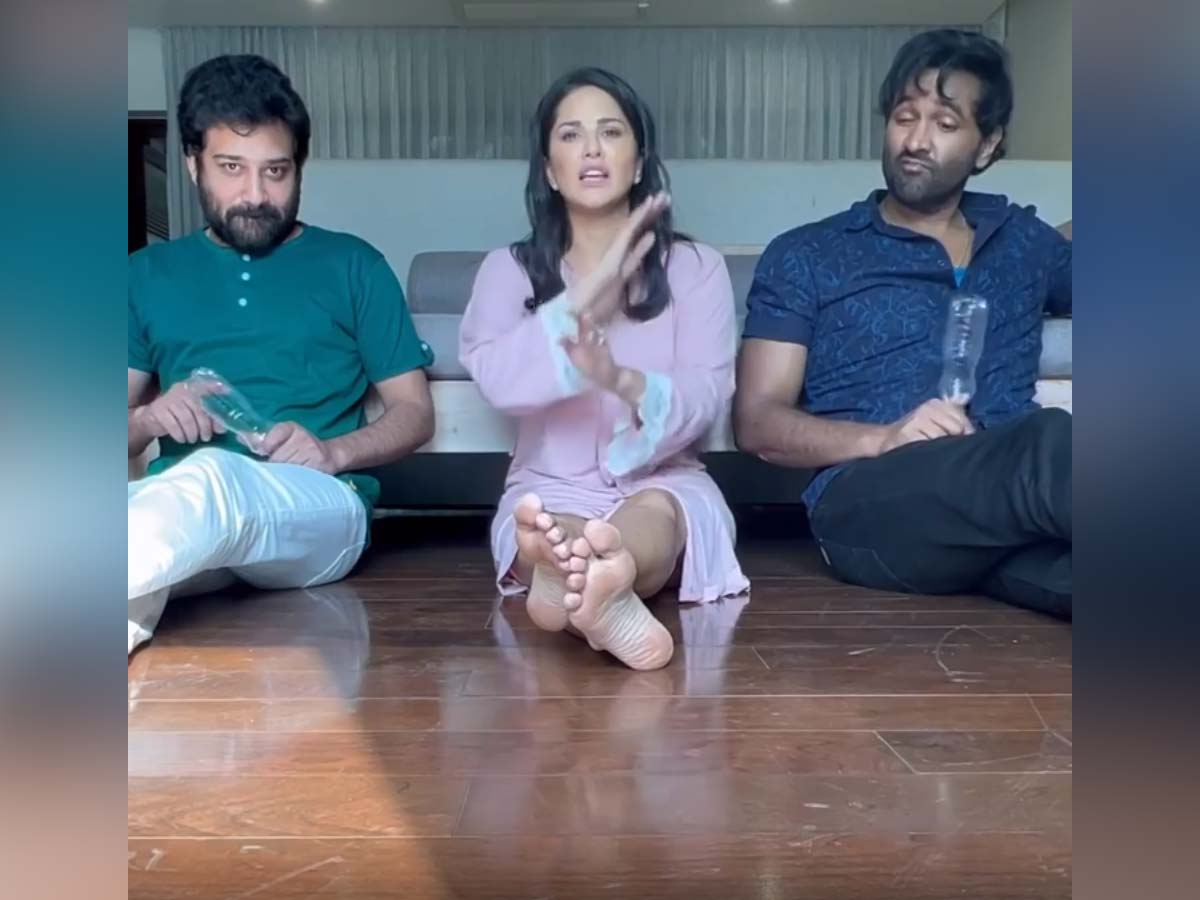 It is known that Indo-Canadian actress Sunny Leone will be seen sharing the screen space with Manchu Vishnu in an upcoming Telugu film Gali Nageswara Rao which has Payal Rajput as the leading lady. A video of Tollywood heros Manchu Vishnu and Siva Balaji playing a game with Sunny Leone is making rounds on the internet.  Sunny Leone who is an active user of the social media sites, took to her Instagram and posted the video.  While some netizens commented that the game was reminiscent of playing in childhood, while others responded with more heart emojis.  In this game, trio are competing and quarrelling with each other like kids.

Sunny Leone is playing an important role as Renuka in Vishnu Manchu starrer Gali Nageshwara Rao.   Currently the shoot is going on in Hyderabad.  Meanwhile, Sunny Leone, Manchu  Vishnu and Siva Balaji made a fuss with this funny video during the break time of the shoot.

The script for the film Gali Nageshwara Rao is written by G Nageshwar Reddy, who has Gully Rowdy and Tenali Ramakrishna BA BL with Sundeep Kishan. It is touted to  be a comedy entertainer and the story and screenplay have been penned by Kona Venkat. It is helmed by director Eeshaan Surya and dialogues have been provided by Bhanu and Nandu with cinematographer Chota K Naidu behind the lens.