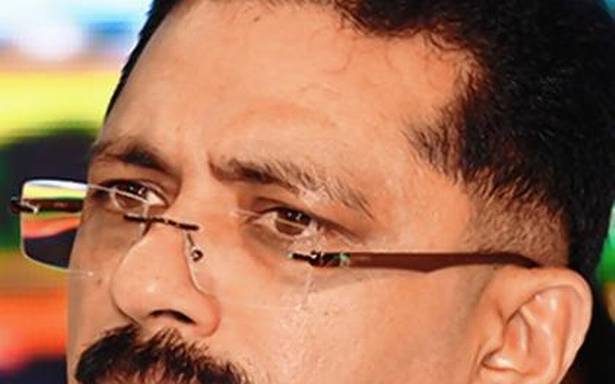 The Supreme Court on October 1 declined to entertain a petition filed by former Kerala Education Minister K.T. Jaleel challenging a decision of the State High Court upholding a Lokayukta report finding him guilty of nepotism and abuse of office.

A Bench led by Justice L. Nageswara Rao said the charges, far from being ambiguous, clearly show favouritism towards a relative.

The case revolves around Mr. Jaleel’s appointment of his relative, K.T. Adeeb, as general manager with the Kerala State Minorities Development Finance Corporation, on deputation from a private bank.

He had to resign as Minister in the LDF government after the Lokayukta report.

Senior advocate Gopal Sankaranarayanan, appearing for Mr. Jaleel, said his client was not heard before the charges were laid against him.

He said the case was foisted on his client by a rival political party that was facing recovery of arrears from certain NPA accounts.

Mr. Sankaranarayanan submitted that the person alleged to be his client’s relative had resigned within a month after the controversy. He argued that additional requirements made in the appointment norms to the post in the Corporation were approved by the government.

But the court did not budge, following which Mr. Sankaranarayanan sought to withdraw the petition.

The Kerala High Court in April had observed that the Lokayukta was acting within the scope of its power and Mr. Jaleel’s challenge was “without any merit and the same is accordingly dismissed in limine.”

The High Court had said abuse of public resources or position in public life for private gain would certainly amount to corruption.