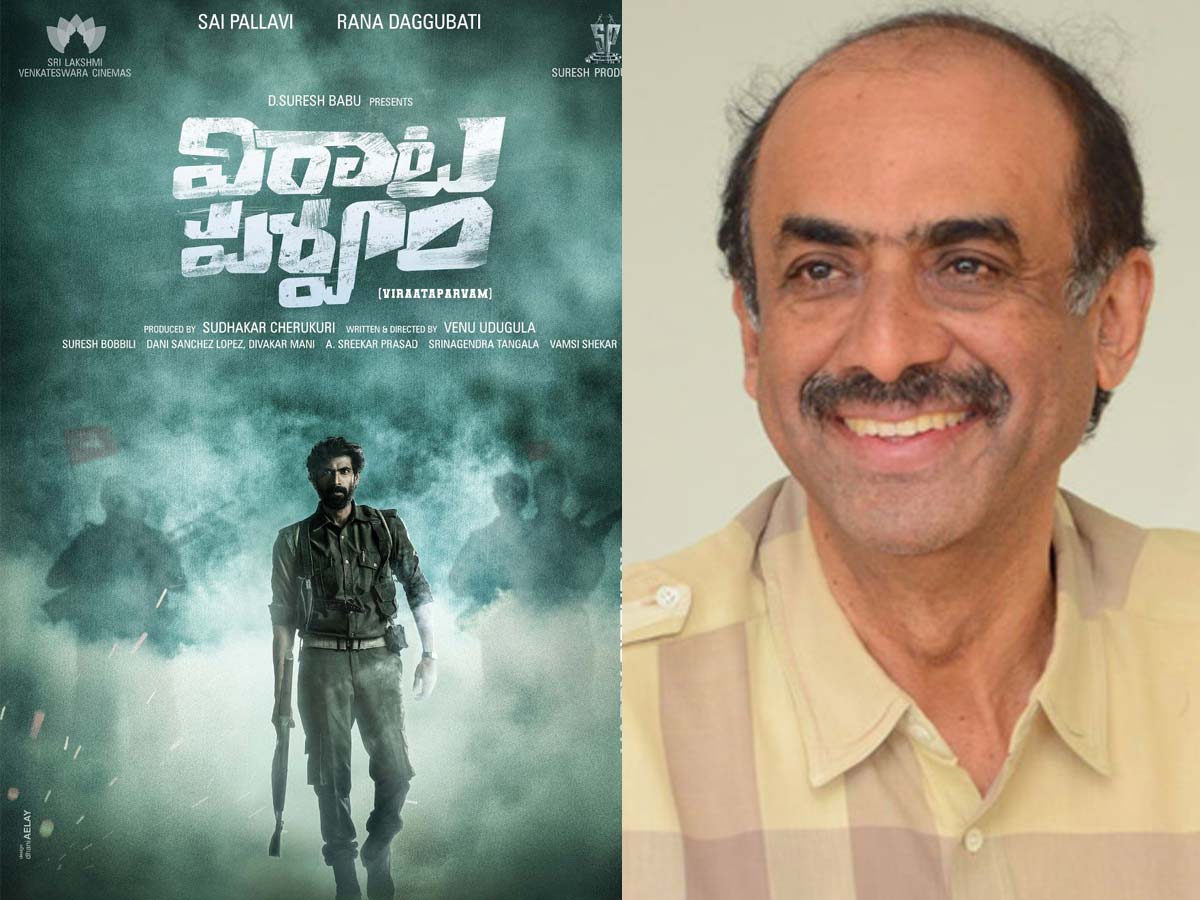 Rana Daggubati and MCA fame Sai Pallavi starrer movie ‘Virata Parvam’ has created a buzz among his fans, thanks to its teaser and the first look posters. New reports indicate that the movie would be released on a popular OTT platform. Virata Parvam was supposed to hit theatres in  the month of April this year, but the second wave of coronavirus has put everything on a standstill, including  Telugu film Industry. This is the first time, Rana is sharing the screen space with Sai Pallavi in a film which is being directed by Venu Udugula and produced by Suresh Babu along with Sudhakar Cherukuri under the banners of Suresh productions and Lakshmi Venkateswara Cinemas.

The sources close to the team of Virata Parvam revealed that it was Suresh Babu who asked  the director to extend the role of  Rana Daggubati in Virata Parvam.

Apparently, Suresh Babu recommended a few changes to the final script before starting the  shoot of Virata Parvam. He asked the director Venu Udugula to extend Baahubali star Rana Daggubati’ character in the film.

After  the suggestion of Suresh Babu, the director reworked on the role  and later  Rana came on the board to play the lead role