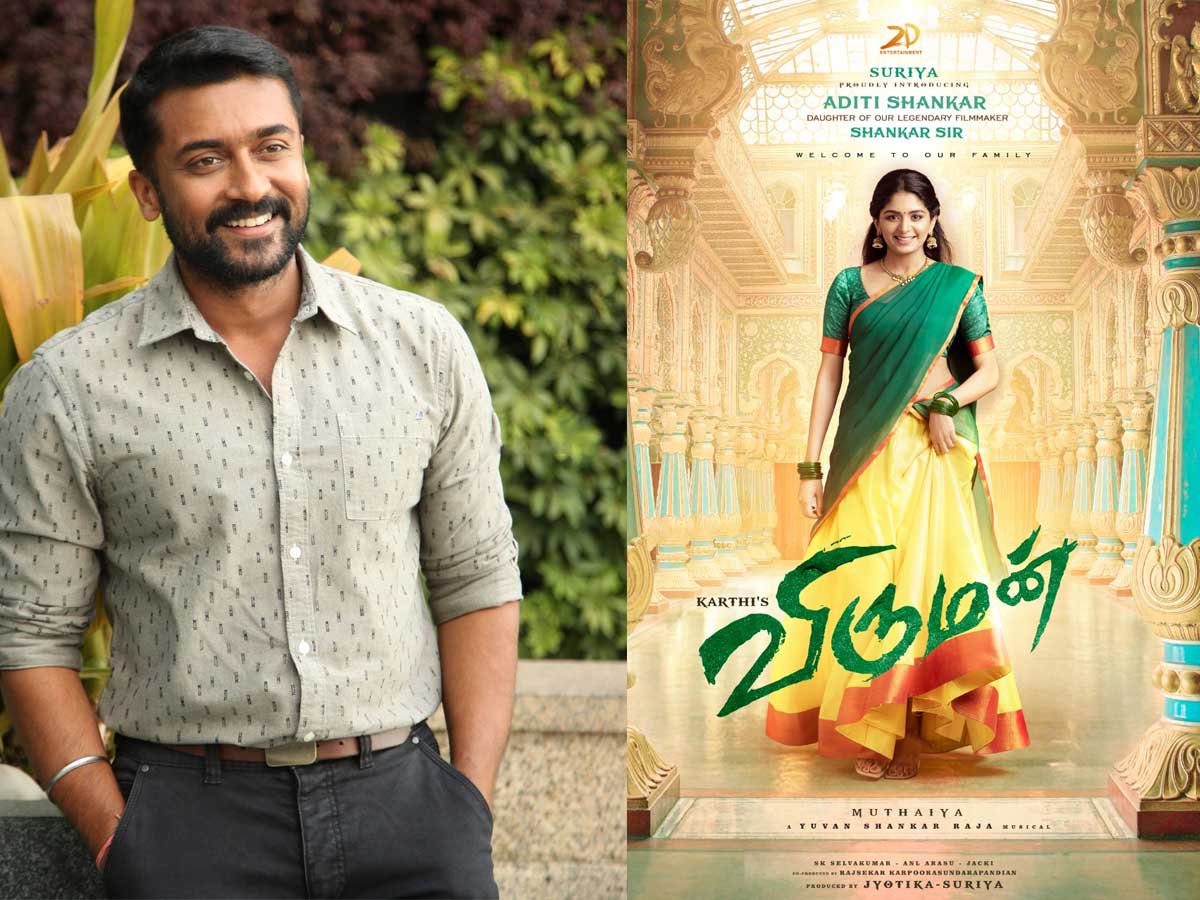 After Kadaikutty Singam, brothers Suriya and Karthi have announced their project together titled Viruman, which will be bankrolled by the former while the latter will play the lead role. Touted to be a family entertainer, it will be directed by Muthaiya. The upcoming film of Suriya and Karthi – Viruman will mark the debut of creative and talented filmmaker Shankar’s daughter Aditi Shankar.

Kollywood actor Suriya took to his Twitter and shared the first look of the debutant Aditi Shankar and welcomed her by saying, “A very warm welcome to Aditi Shankar! You are going to win everyone’s heart! God bless!! “.

On the otherside, the film maker Suriya thanked Suirya and Jyothika for launching his daughter, and tweeted, “  “I believe cinema lovers will shower her with love as she comes fully prepped to make her debut.”

On the otherside,  Shankar  has collaborated with Mega Power Star Ram Charan for RC15 which has Kiara Advani as the leading lady.