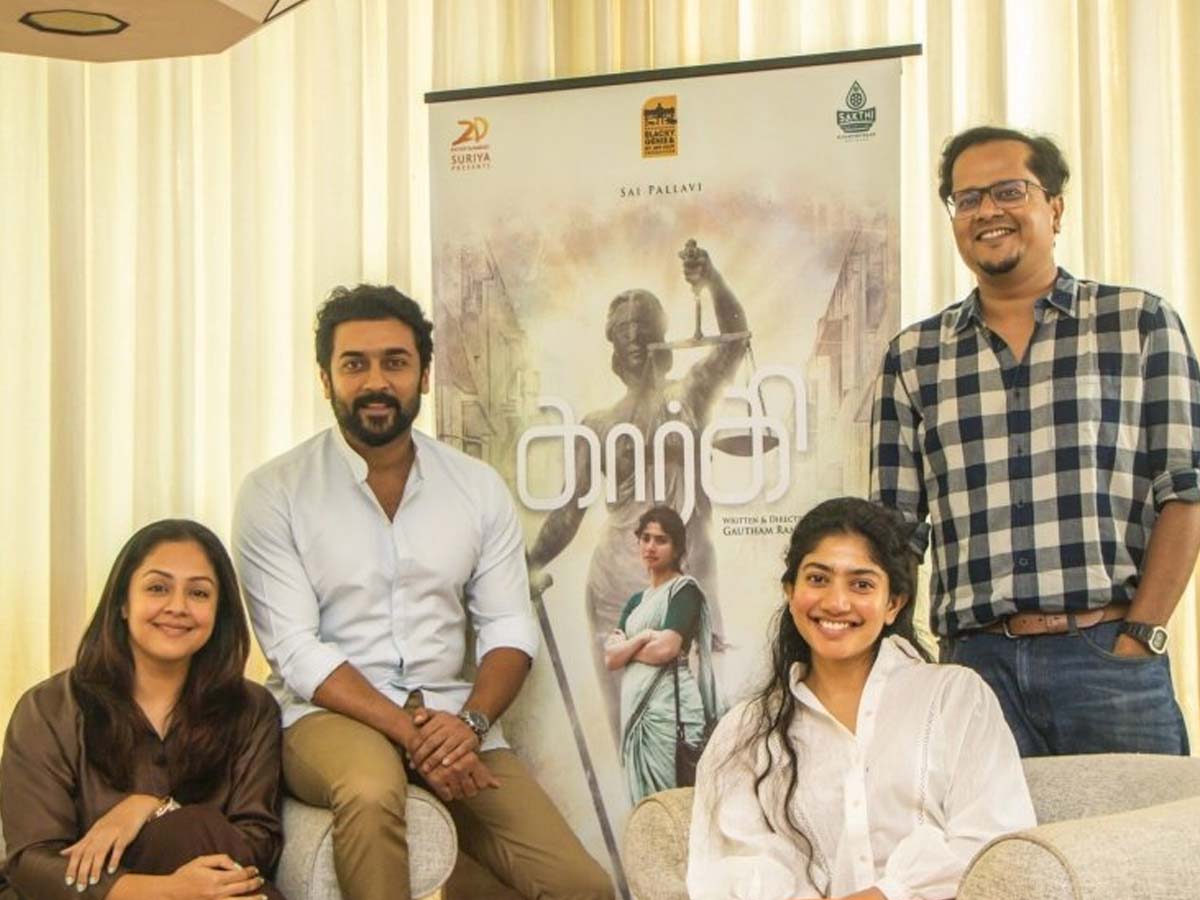 Sai Pallavi who was last seen playing the female lead in Rana Daggubati starrer Virata Parvam, is also working for another women centric movie Gargi, which is progressing at the brisk pace. Gargi is written and directed by Gautham Ramachandra, and produced by Ravichandran Ramachandran, Aishwarya Lekshmi, Thomas George, and Gautham Ramachandran. Govind Vasantha of 96 fame is on the board to render the tune.  On Friday, Suriya and Jyotika announced that they will present the upcoming film Gargi, starring Sai Pallavi. Suriya took to Twitter and posted a picwith the film’s team, along with words of appreciation for  the actress.

The production house 2D Entertainment, tweeted, “Jo & I are glad to associate with team Gargi. Some characters just stay in our minds! New thoughts and writing must be celebrated! Hope you all like it!

It is known that on the occasion of Sai Pallavi’ 30th birthday in the month of May this year, the makers released the first look poster of Gargi and  behind-the-scenes footage that showed how the Fidaa girl breathed life into her character.

The film Gargi will be released in Telugu, Tamil, and Kannada. Soon the announcement regarding its release date will be made.