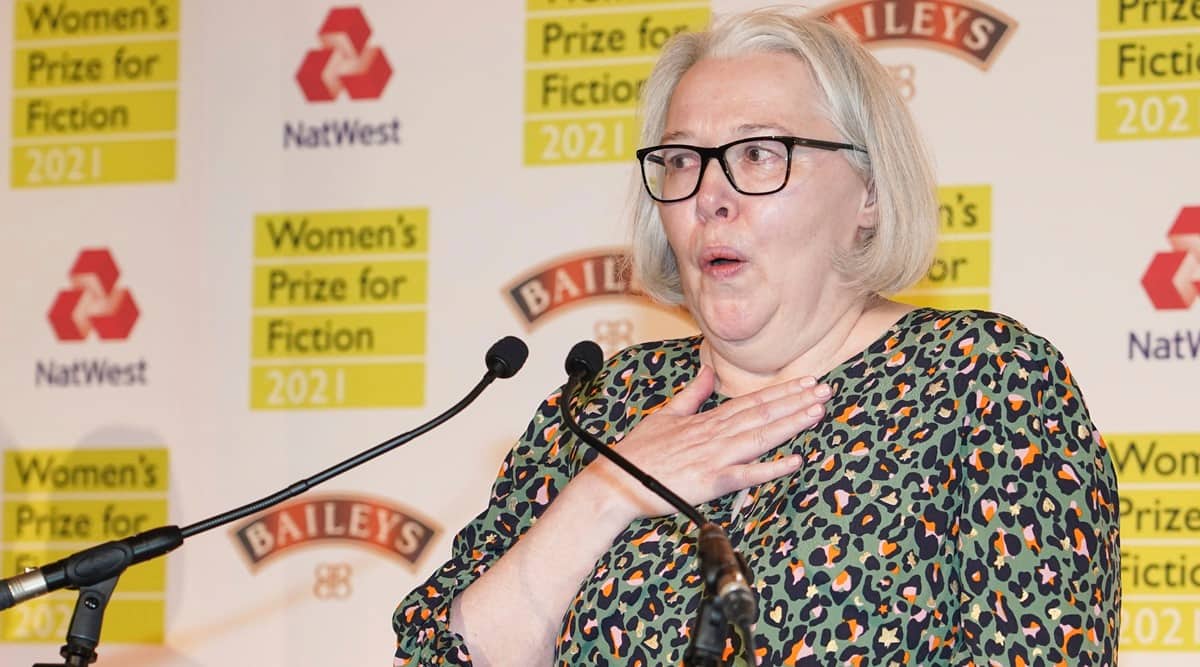 British writer Susanna Clarke won the prestigious Women’s Prize for Fiction on Wednesday for her mind-tweaking fantasy novel “Piranesi” — a book that chronic illness made her fear she would never get to write.

Set in a magical alternate reality, “Piranesi” is narrated by a man living in a labyrinthine, statue-filled house — alone except for a visitor known as the Other — that comprises his whole universe. As he explores his domain, the character’s understanding of his world gradually shifts — and so does the reader’s.

“It’s a different world. It’s a strange world. It’s not this world,” she said of the novel’s setting. She said its enthusiastic reception showed that stories “don’t have to be about this world and modern life in order to resonate strongly.”

Clarke’s first novel, an epic magical saga, was published to acclaim in 2004, sold more than 4 million copies and was adapted for television by the BBC. Clarke has said that work on the follow-up was slowed by illness, as she struggled with chronic fatigue syndrome.

“For a long time, I had brain fog, and you cannot write a novel if you can get no consistency of work and you can’t build on the work you did yesterday or a few days ago,” Clarke told The Associated Press. “But when I got better enough to be able to work fairly consistently, my cast of mind, my imagination, was not changed. The things that fascinated me and the landscapes in which I wanted to wander, that remained the same. It was perhaps one of the few things that has stayed the same about me.”

She said she hoped her victory would encourage other women incapacitated by long illness.

“Piranesi” was published in 2020, as much of the world was experiencing lockdown, isolation and dislocation because of the coronavirus pandemic, and struck a chord with many readers and critics.

“I think a lot of people who have experienced lockdown have found echoes in the situation that Piranesi finds himself in — more or less alone, in a house that is the whole world,” Clarke said.

Novelist Bernardine Evaristo, who chaired the Women’s Prize judging panel, said Clarke had “created a world beyond our wildest imagination that also tells us something profound about what it is to be human.”

Clarke was one of two British authors among six finalists for the prize, founded in 1996 and open to female English-language writers from around the world. Previous winners include Zadie Smith, Tayari Jones and Maggie O’Farrell.

This year’s other finalists were American author Brit Bennett’s “The Vanishing Half,” U.S. writer Patricia Lockwood’s “No One is Talking About This,” “Transcendent Kingdom,” by Ghanaian-American writer Yaa Gyasi, Barbadian writer Cherie Jones’ “How the One-Armed Sister Sweeps Her House” and U.K. author Claire Fuller’s “Unsettled Ground.”

Clarke’s illness meant she had to shelve a much-anticipated sequel to “Jonathan Strange,” a rich, sprawling novel steeped in historical research. She said she has not abandoned hope of finishing it.

“Long years of not being able to write mean I have all sorts of documents on my laptop which unfortunately have become like unruly shrubs in a garden,” she said. “They sort of sprout out in all sorts of directions. But I do hope that I will now be able to get in that garden and take some pruning shears to some of it and give them some shape.”