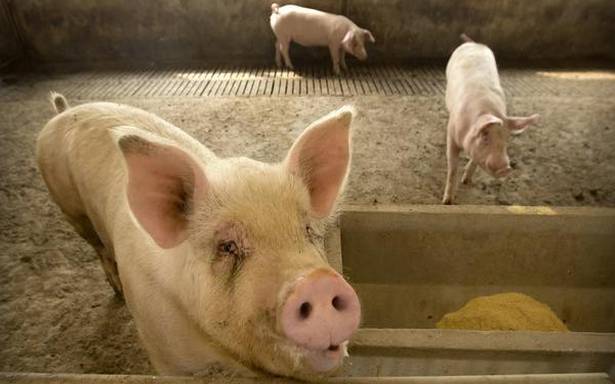 The viral disease had killed more than 17,000 pigs in Arunachal Pradesh, Assam and Mizoram in 2020

Mizoram’s Director of Animal Husbandry and Veterinary Hmarkunga said the outbreak has been restricted to Lungsen village and preliminary tests have pointed to ASF as the cause of death of the pigs.

The highly contagious disease was detected from tissue samples at the College of Veterinary Science and Animal Husbandry at Seleish in the State.

“We are awaiting confirmation from the National Institute of High-Security Animal Disease in Bhopal, to which we have sent some samples,” Dr. Hmarkunga said.

Officials in Lunglei district said precautions have been taken to ensure the disease does not spread beyond the village.

As a part of the preventive measures, the local authorities have restricted the procurement and supply of pigs from and to the affected area and the district beyond.

“We are investigating how the disease struck,” Dr. Hmarkunga said.

The first such deaths were reported from Arunachal Pradesh in mid-2020. But the disease was identified as ASF after domestic pigs started dying on a large scale in adjoining Assam.

The threat of the disease subsided after it had killed more than 17,000 pigs across Arunachal Pradesh, Assam and Meghalaya. Officials said ASF cannot be transmitted from pigs to humans.