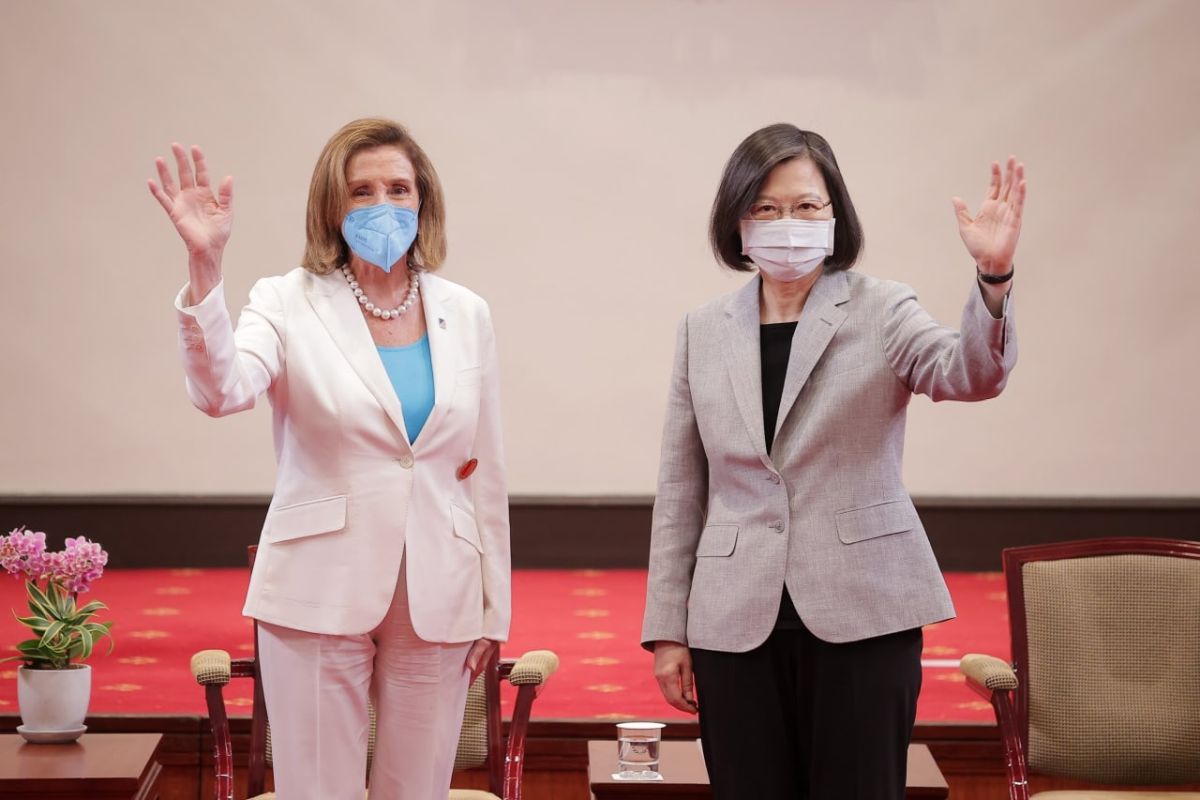 ‘If the situation deteriorates and there is further escalation, the USA is in preparedness.’

“I don’t think that Nancy Pelosi’s visit can be a ground for China to take such drastic measures,” says Dr Rup Narayan Das, a scholar on China, currently a Taiwan Fellow at the National Chung Hshing University in Taichung, the second most populous city after Taipei.

Dr Das — whose book The Hong Kong Conundrum: Pangs of Transition was published in April — was previously a senior fellow at the Monohar Parrikar Institute of Defence Studies and the Indian Council of Social Science Research.

He has participated in track two dialogues with China, Taiwan, Japan and Mongolia and presented papers at national and international conferences.

What kind of a country is Taiwan?

China would not like to call Taiwan a country. They call it a ‘renegade State’.

The People’s Republic of China (PRC) was born in October 1949. But before the birth of Communist China, there was a civil war between the nationalist party KMT led by Chiang Kai Shek and the Communist party led by Mao Zedong.

After facing defeat in the Civil War, Chiang Kai Shek left mainland China and relocated the regime to Taiwan.

The official name of Taiwan is the Republic of China (ROC).

The official name of Communist China is the People’s Republic of China.

The KMT even ruled mainland China before Chiang Kai Shek relocated to Taiwan.

Taiwan was under military rule by KMT which was lifted only in 1987. Elections have been taking place and a presidential system is in place and currently the Democratic Progressive Party (DPP) under President Tsai Ing-wen.

This is for a second time that the DPP is in power under President Tsai Ieng-wen. The next election is due in 2024, but before that there are local elections which is very significant. The mayors of the major cities will be elected sometime in November.

The DPP is getting well entrenched in Taiwan and they are in favour of independence. But officially they don’t claim to be independent, because if they declare independence, it will lead to war with China.

Hence, they use terms like sovereignty, democracy but do not officially call it independent because that will irritate China too much. 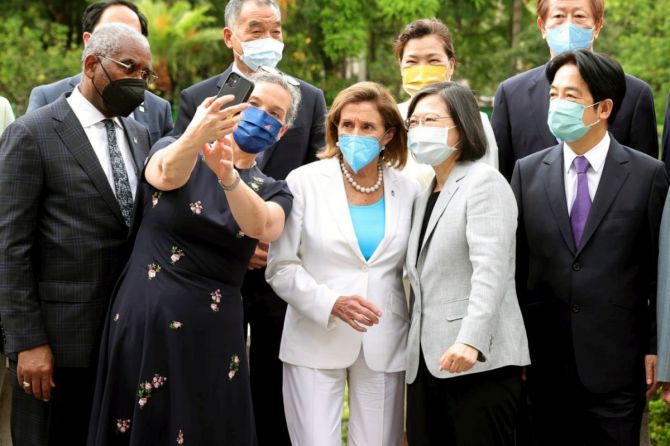 It is a democratic country. They have a system of the referendum and recall to provide political checks and balances. The voting demographic profile is young.

The Taiwanese populace can be categorised into three groups. One is the original inhabitants of Taiwan. The second group comprises those who migrated from China to Taiwan. The third group includes those who are born in independent sovereign Taiwan after 1949.

The younger people may not be so politically sensitive but are independent and democratic-minded.

How free and liberal is Taiwanese democracy? Does it have strong democratic institutions?

It is free and has regular elections. The media is absolutely free. The judiciary is independent and the military is professional. Civil society is robust. 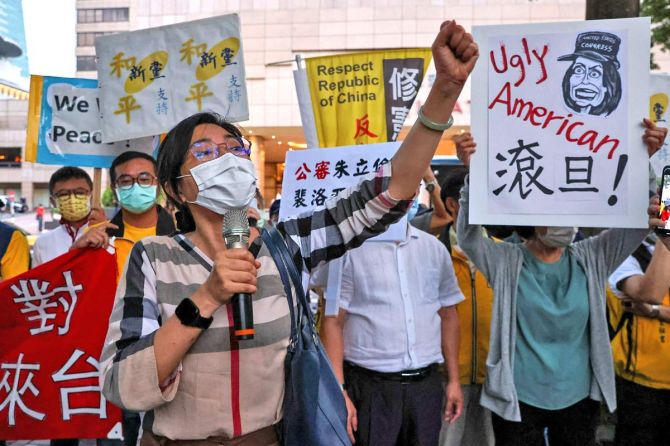 There were some pictures that one saw of people protesting against Speaker Nancy Pelosi’s visit. What would be the percentage of such people and what sentiment do they have?

They are a microscopic minority. It is also suspected that they were at the behest of China. China is also trying to reach out to people who had a traditional loyalty to China.

These kinds of protests are in a very small scale. 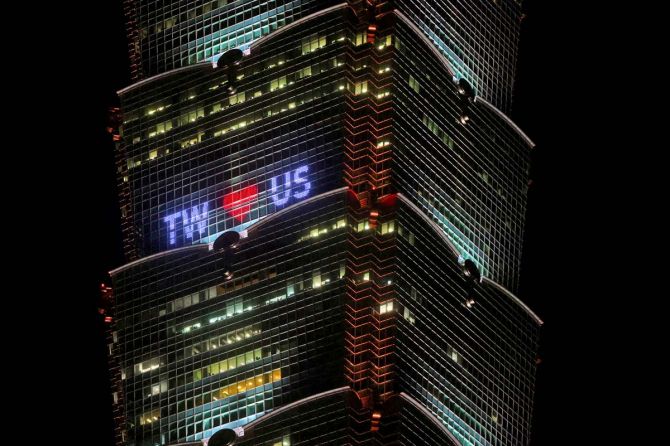 What was the mood in Taipei during Pelosi’s visit?

I too had some anxieties as I was travelling to Taipei by high-speed rail, but I didn’t receive any information that the train was cancelled. I stepped out of my campus residence and found life was absolutely normal.

After reaching Taipei, I travelled by subway to the Central Library opposite the Chiang Kia Shek Memorial Hall. The deputy foreign minister of Taiwan — Mr Chung-kwan Tien — gave opening remarks at the seminar and also said that just a small distance away in the presidential office, Nancy Pelosi and Taiwan’s President Tsai Ing-Wen were addressing the press.

We were following the local news. There was preparedness to meet any kind of eventualities and there were some routine advisories issued if in case an untoward incident happened — like where to take shelter etc. These are routine advisories because Taiwan has always been a target of intimidation by China.

Hence, Taiwan always has a level of preparedness. 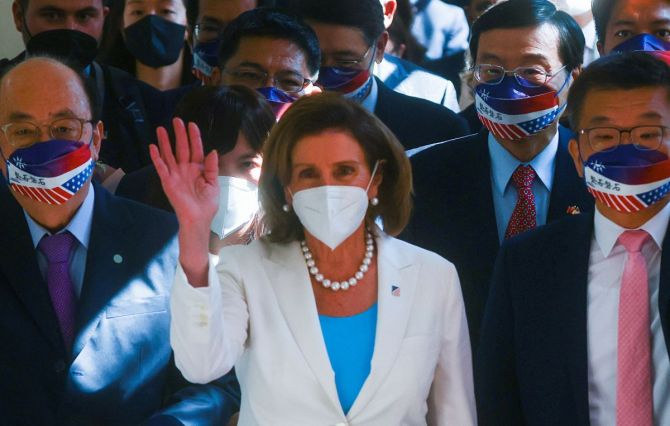 China’s military drills in six spots around Taiwan are a warning to ships in the waters around Taiwan. Can Taiwan withstand an economic blockade brought about by China?

Taiwan can withstand the economic blockade. I don’t think the Chinese will be able to impair the Taiwanese economy.

60% of the world’s semiconductors are produced in Taiwan.

This sabre rattling is expected from China after Nancy Pelosi’s visit.

I hope the tension subsides because China needs to understand the tradition in a democracy, of the separation of power between executive, legislature and the judiciary.

The Taiwan News also reported that around 52 flights (2% of total flights) have been canceled today mostly on the Japan and South Korea routes, but they also said that it was not due to the military exercise.

I don’t think the tension will precipitate further. They would have expected retaliatory action after Nancy Pelosi’s visit, but I don’t expect it to prevail.

If the situation deteriorates and there is further escalation, the USA is in preparedness. Other democratic countries like Japan and Australia have extended support to Taiwan.

I would like to mention that China has said earlier that they would attack Taiwan under three conditions: 1. If Taiwan officially declared independence. 2. Taiwan provides bases to foreign powers. 3. If Taiwan goes nuclear.

I don’t think that Nancy Pelosi’s visit can be a ground for China to take such drastic measures. The visit of Ms Pelosi is, however, very significant suggesting the commitment of the USA to Taiwan, particularly after the Russian invasion of Ukraine.

It is but natural on part of China to have retaliated. It is in the interest of all concerned to restrain on this ticklish ‘non-negotiable’ issue; the status quo is the best bet.