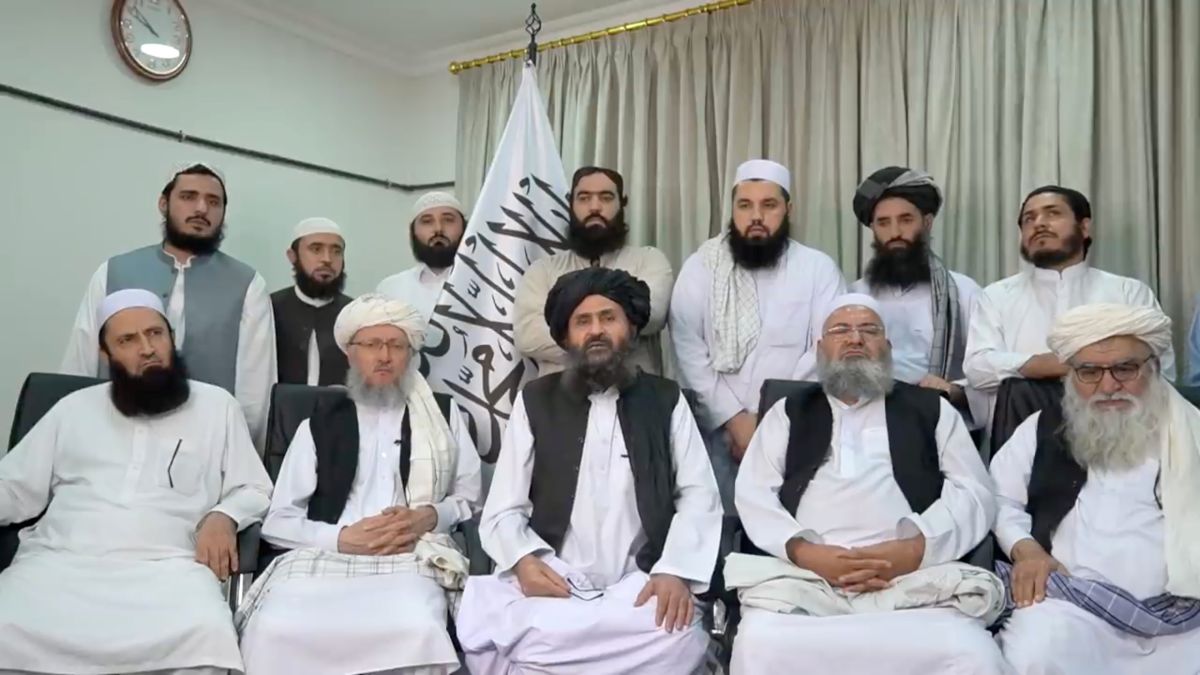 Surprised that the Taliban talked about inclusivity but did not even “dress it up”, the author of Return of a King: The Battle for Afghanistan said the new government wouldn’t appeal to either western donors’, 60 per cent of Afghans or women who comprise 50 per cent of the country’s population.

“It is a surprise because even if they haven’t given big places to (former president) Hamid Karzai or someone from the old regime or even if they were doing but a window dressing by putting a few women in minor positions… that would have been more expected given the PR they were putting out over the last month,” Dalrymple told PTI in a phone interview.

The Taliban — which were removed from power by US-led forces in 2001 and seized control over large swathes of the country with lightning speed last month — earlier this week appointed Mohammad Hasan Akhund as head of Afghanistan’s new caretaker government. The all-male list of cabinet members was dominated by members of the group’s old guard.

“The government is not just not inclusive, it is sort of quite spectacularly ‘uninclusive’ even within the Taliban frame… The all-male old guard ultra-conservative Pashtun mullah government is disappointing and as narrow as possible,” Dalrymple said.’

And this could also be “good news” in the sense that it is unlikely for such a government to rule Afghanistan successfully.

“The most successful governments in Afghanistan tend to be those who have the biggest tents, which would include all communities and therefore leave all communities satisfied after a point and do not create massive resentments. Now, this is not a government which I would imagine would successfully govern Afghanistan… (it) leaves 60 per cent of the country out. Pashtuns are only 40 per cent,” the Scottish historian-author said.

“The smart thing would have been to do what they have done but dress it up but they haven’t even done that,” Dalrymple, who has extensively travelled in Afghanistan, added.

Asked about India’s role in Afghanistan and whether he believes the neighbouring country could have done more for the people of the war-torn nation, Dalrymple said it is not for him to comment on the matter.

Discussing the track record of west-backed governments in Afghanistan, he said historically different attempts were made to alter the will of Afghans and run their political lives — be it by the East India Company, the British Raj, the Russians or the latest by America – but they all came to nothing.

The 56-year-old argued that the only man who did have the chance of making a western-backed government work was Hamid Karzai who led the first Afghan government in 2001 and served as president until 2014.

“The Taliban government listed in 2001 were so brutal and so unpopular that when Karzai came there was a huge goodwill. When tribal leaders came in from distant parts of Afghanistan he would give them great honour. He was extremely good at making people feel important and that he was someone on their side,” said Dalrymple.

“He used inclusive language, constantly encouraged the Taliban to give up the mobility struggle and come into the government. If anyone could have made it work it was him, a man of enormous charm but then it was always going to be difficult,” he admitted.

Dalrymple’s opinion of Karzai’s successor, Ashraf Ghani, is different. He termed Ghani, who fled the war-torn country on August 15 after the Taliban entered Kabul, “divisive” and “unafghan-like in his style”. The US completed its military withdrawal on August 31.

According to Dalrymple, the 72-year-old Ghani, a World Bank-trained Columbia University technocrat, is rude and once famously threw an ashtray at a woman journalist during a press conference.

“Tribal leaders who would walk in from the other end of the country would be given five minutes only. He would take his shoes off and would put them up on a footrest and then point it at the tribal leaders. These sort of things were seen as a huge offense to the conservative Afghans,” he added.

Ghani’s act of fleeing the country at the time of crisis has only “exacerbated” his problems, and Dalrymple said he just cannot imagine him returning to Afghanistan again.

“It destroys his (Ghani’s) influence forever. You don’t know what anyone of us would have done in the same situation because Afghan presidents have been killed… castrated. One can understand his fears but there’s no question that it exacerbated his problems. I can’t imagine it (him coming home),” he said.

Published by Bloomsbury in 2012, Return of a King: The Battle for Afghanistan is a retelling of the First Anglo-Afghan war (1839-42) fought between the British Empire and Afghanistan. The conflict resulted in Britain’s greatest military humiliation of the 19th century.