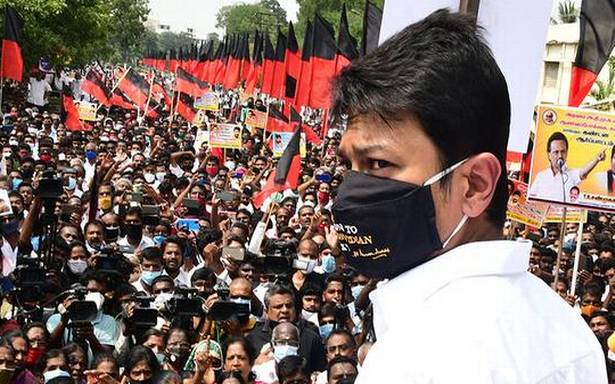 The Election Commission of India (ECI) on Tuesday issued a notice to DMK youth wing leader Udhayanidhi Stalin to explain his remarks at an election rally on former Union Ministers Sushma Swaraj and Arun Jaitley.

Mr. Udhayanidhi had said the two BJP leaders had died due to pressure from Prime Minister Narendra Modi. The ECI found that the statement made by him was in violation of the model code of conduct (MCC). The ECI said it had received a complaint from the BJP on April 2 regarding his speech at a political gathering in Dharapuram on March 31.

According to the report of Tamil Nadu Chief Electoral Officer (CEO) Satyabrata Sahoo and the transcripts of the speech, the ECI said Mr. Udhayanidhi had said the two BJP leaders “died unable to tolerate the pressure and torture given by Prime Minister Narendra Modi”. The ECI said it found the speech to be in violation of the MCC clause that is against the use of criticism of political parties and leaders on the basis of their private lives and unverified allegations.