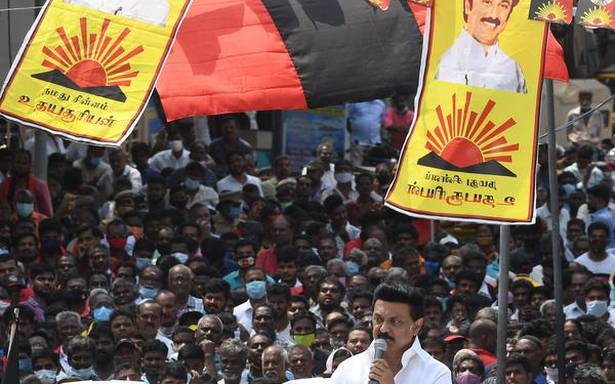 The BJP said Mr. Stalin falsely alleged that Mr. Modi who visited Dharapuram for an election campaign came with bundles of money bags

The BJP on Monday sought immediate and exemplary action by the Election Commission of India against DMK president MK Stalin for his allegations against Prime Minister Narendra Modi at an election campaign rally on April 2 at Jayankondam.

"The false, baseless and frivolous allegations against the BJP’s top leadership and the Prime Minister of India by Mr. Stalin are in clear violation of the election code and the Model Code of Conduct. We request that the video of the address of Mr. Stalin be requisitioned from the election observers appointed by the Commission," the party said demanding action action against him.

The party also requested the Commission to take action against DMK youth wing leader and Chepauk-Triplicane candidate Udhayanidhi Stalin for spreading lies and casting false allegations against Mr. Modi that he was responsible for the death of former External Affairs minister Sushma Swaraj and former Finance Minister Arun Jaitley.