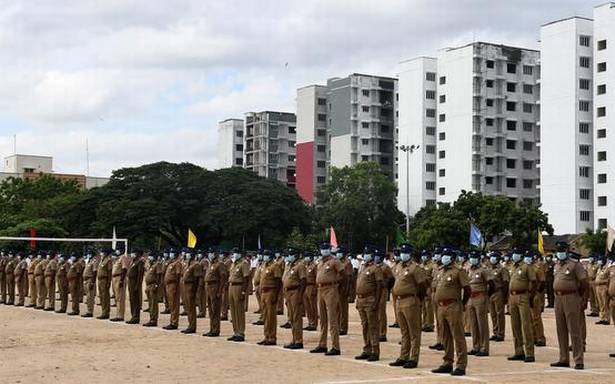 CM M.K. Stalin, in the Assembly on Monday, also announced that a receptionist would be posted at every police station, a mobile app would be launched for grievances and boys and girls clubs would be set up

Setting up of a State Police Commission, appointing a receptionist in each of the police stations across the State and setting up of boys and girls clubs were among the major announcements made by Chief Minister M.K. Stalin in the State Legislative Assembly on Monday.

He also announced that an online complaint filing mechanism would be created, besides the launch of a mobile-based application for the benefit of the general public to register their grievances with the police. Experts would be hired to deal with offences involving banks, employment and other online crimes, he said.

The Police Commission would be set up with an aim to improve relations between the police and the public and to ensure the welfare of police personnel and to recommend new training methods to the men and women in uniform, Mr. Stalin said.

In a bid to welcome those visiting police stations and to act on their concerns after hearing them out, receptionists would be appointed in each of the police stations, the CM said.

“A total of 1,132 persons, who are heirs of deceased police personnel and who have been waiting for several years, would be granted appointments on compassionate grounds,” he said.

A total of 1,000 youths from fishing communities would be appointed to work along with the Coastal Security Group (CSG) at a cost of ₹3.40 crore. Training would be offered to youths from the fishing communities by the CSG to help them join the Indian Navy on a contract basis. A six-month training capsule would be offered to these youths by the CSG at a total cost of ₹90 lakh, Mr. Stalin said.

An online complaint filing mechanism would be set up, so as to avoid travel to the police stations and also to avoid waiting time. The mobile-based app would help the general public access the report submitted by the police personnel, the CM said.

“A special unit will be set up in the office of the Director General of Police to resolve issues faced by Indians living abroad. It would ensure that complaints filed online are swiftly acted upon,” he said.

To ensure safety and security in tourist hubs, tourism police would be set up and they would be offered training, the CM said.

Boys and Girls Clubs would be set up to ensure that children from socially and economically backward situations do not get involved in anti-social and illegal activities. They would be extended assistance for their education through 51 of these clubs at a cost of ₹38.25 lakh.