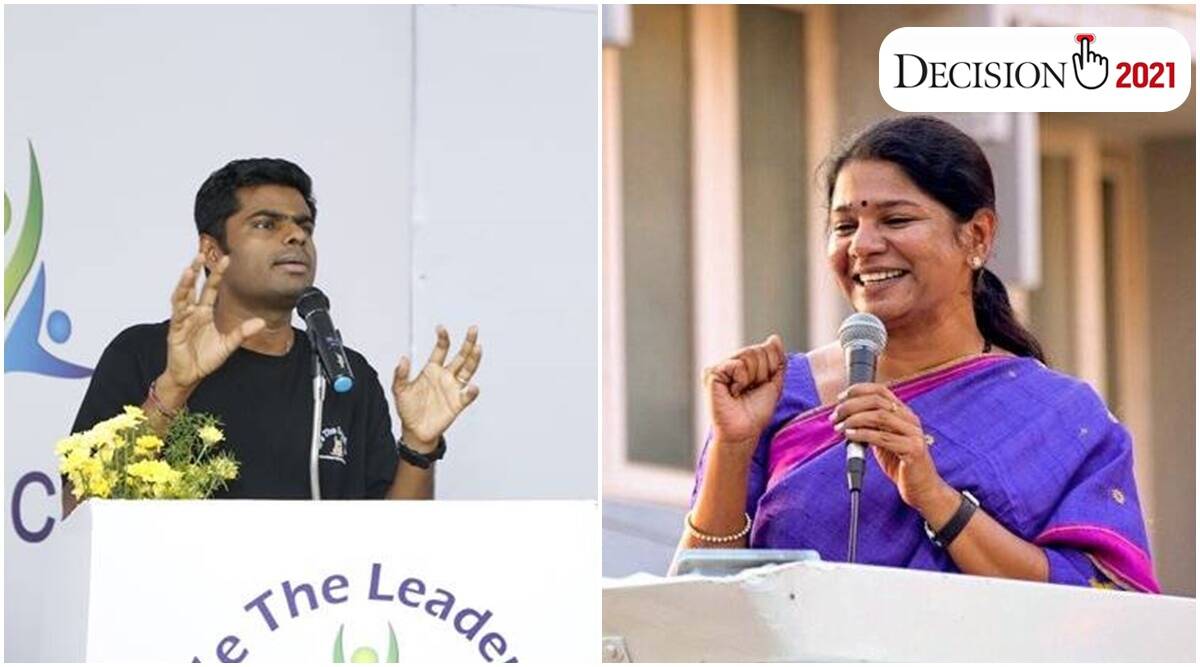 The former IPS officer had said that he would have broken the bones of DMK leader Senthil Balaji, but is not ready to take the violent route now as he has entered politics. The political mercury is rising in Tamil Nadu with former IPS officer K Annamalai, who is making his poll debut as BJP’s candidate for the Aravakurichi constituency, getting into a war of words with DMK MP Kanimozhi.

Annamalai had issued a warning to DMK cadres who plan to incite violence to which the DMK MP had dared him to touch a DMK cadre and said that no one can threaten them as she will always be standing for her party’s workers.

The tussle started when Annamalai, while campaigning at Aravakurichi, said, “Publish in papers that are biased towards your party that Annamalai will lose in this election. Why do you engage in personal attacks? Why do you attack Prime Minister Modi? What wrong has he done? Is he corrupt? I am proud to say I am a disciple of Prime Minister Modi. If you have a problem with it, then let it be. Will you defeat me in this election by engaging in malpractices? Do it. I am not the person to get frightened by these acts. I promise to the people of the constituency that whatever happens, Annamalai will stay here.”

Annamalai also alleged that BJP cadres were attacked by DMK and several FIRs have also been filed related to this. He added that even on the day when DMK MP Kanimozhi came to the constituency for campaigning, two of their party men were beaten up.

Reacting to these incidents, he said, “I will break the bones of Senthil Balaji but I am not ready to take the violent route. I am following Ahimsa and conducting these protests in politics. I have another face, the Karnataka face, which I don’t want to unveil here. I don’t care if you take the video and submit it to EC. I am fighting this battle all alone for the welfare of the constituency.”

Replying to these comments, DMK women’s wing president Kanimozhi, while campaigning for their candidate Thanga Tamilselvan in Theni, said her party has seen many people like Annamalai and asked the BJP not to show their gimmicks in Tamil Nadu.

“Annamalai has said he doesn’t want to unveil his Karnataka face here. He has threatened to beat Senthil Balaji. I dare you to touch a DMK cadre. No one can threaten us. If you do it, we will stand up against you and you won’t be able to bear that,” she added.