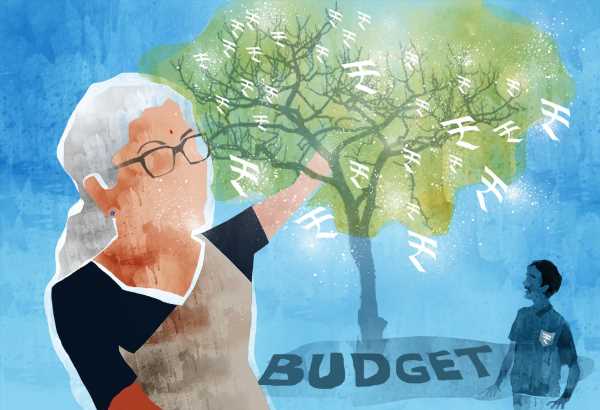 Finance Minister Nirmala Sitharaman will present the Union Budget for 2023-24 in Parliament on February 1. The Budget is a statement of the government’s estimated receipts and expenditures for a fiscal year (April 1 to March 31).

Plan your finances in line with changes

People need to understand the Union Budget and then factor in the relevant changes into their financial and tax planning at the start of the financial year.

Salaried taxpayers, for instance, have to provide to their employers an investment declaration, and also whether they will opt for the old or the new tax regime at the beginning of the financial year.

Taxpayers are also required to estimate their liability and accordingly submit Form 15G/15H for non-deduction of TDS (tax deduction at source).

“As taxpayers are required to estimate their tax liabilities for the financial year taking into consideration the changes made in the Union Budget, it is vital for them to understand the changes proposed in it,” says Suresh Surana, founder, RSM India.

All Budget-related documents become available at the website indiabudget.gov.in after the finance minister’s speech. Here is a guide on how to read the Budget.

The finance minister’s speech can be divided into two parts: Part A and Part B.

“Part A summarises the state of the economy and also provides an estimate for the upcoming fiscal year.

“Part B contains the main points of both direct and indirect tax proposals for the next financial year,” says Naveen Wadhwa, deputy general manager, Taxmann.

Not much had changed in the last Union Budget for the salaried class and the common man.

“No new taxes were introduced though some revisions were made in the timeline for filing revised returns,” says Rohit Arora, a lawyer at Uttarakhand High Court.

Arora says, “The government may also increase the limits for various deductions.”

They look forward to new social security and retirement schemes being introduced. They also desire higher exemption on interest income.

“Senior citizens expect a hike in the basic exemption limit, which currently stands at Rs 3 lakh for those aged 60 and above, and Rs 5 lakh for those above 80,” says Nikhil Varma, managing partner, MVAC.

Last year’s Budget had reduced the tax compliance burden on citizens who are 75 and older. This year the provision could be extended to people aged 65.

“Part B of the Union Budget explains the tax slabs and the distinction in income-tax payments between senior citizens and other individuals,” says Anushkaa Arora, principal and founder, ABA Law Office.

Last year the Budget had introduced taxes on virtual digital assets such as cryptocurrencies and non-fungible tokens (NFTs).

Experts believe this year changes could be announced in the holding-period criteria for classifying assets as long- and short-term.

Wadhwa says, “The tax rate for long-term capital gains on the sale of unlisted shares for residents could be changed.

“This rate is currently lower for non-residents.”

The deduction limit under Section 80C may be hiked.

“It has not been revised for several years and hence could be increased,” says M Barve, founder, MB Wealth Financial Solutions.

Changes relevant to investors are found in Part B of the Budget.

“An investor can refer to Part B to get information on proposed modifications or new provisions concerning capital gains, Securities Transaction Tax (STT) rates, stamp duty, and so on,” says Wadhwa.

Consumers and homemakers are most concerned about rising costs that hit their monthly budgets.

The government wants to provide a fillip to domestic production and discourage the import of finished goods.

Measures that promote self-sufficiency may be announced in this year’s Budget.

“While the Budget does not deal with goods and services tax (GST), the government does rationalise customs duty rates to bring them in line with its economic policy,” says Ankit Jain, partner, Ved Jain & Associates.

Changes in these rates can also be found in Part B of the Budget.