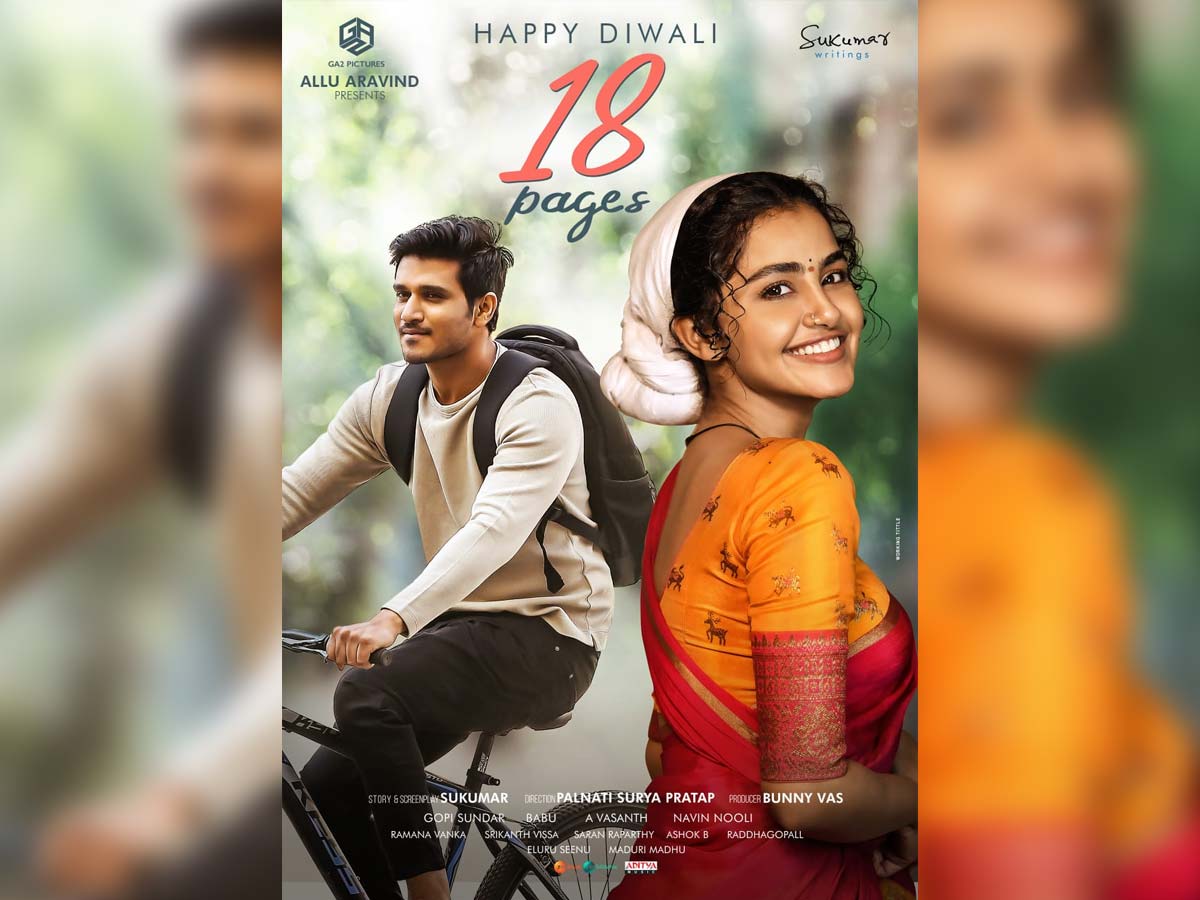 It is known news that the  young and talented actor Nikhil Siddhartha has teamed up with Kumari 21-fame Palnati Surya Pratap for an upcoming film which is titled 18 Pages. Backed  by Bunny Vas, the story and screenplay of the film have been written by Sukumar of Rangasthalam and Pushpa fame. The romantic entertainer narrates the 18 page love story of its protagonist.  Today on the occasion of Diwali, the makers of 18 Pages released a new poster to wish everyone happy and safe Diwali.

18 Pages has Anupama Parameswaran in the female lead role  which is being bankrolled by GA2 Pictures banner. This is the first time Nikhil and Anupama Parameswaran are working together for a film.  They are said to be playing different roles in which they have not been seen before.

On the otherside, Nikhil  Siddharth will also be seen playing the lead role in  Chandoo Mondeti’s mystery thriller  magnum opus  Karthikeya 2. A sequel to  2014 blockbuster Karthikeya, the thriller movie  connects the mysteries that were hidden about 5000 years ago to the present day

Nikhil Siddharth made his acting debut with the film Sambaram in which he was seen in an uncredited role and the movie was  released in  2003. He shot to fame with the Sekhar Kammula directorial venture Happy Days in 2007. He  is best known for acting in Swamy Ra Ra, Karthikeya, Keshava, Kirrak Party and Arjun Suravaram.  Surya vs Surya, Sankarabharanam, Ekkadiki Pothavu Chinnavada.