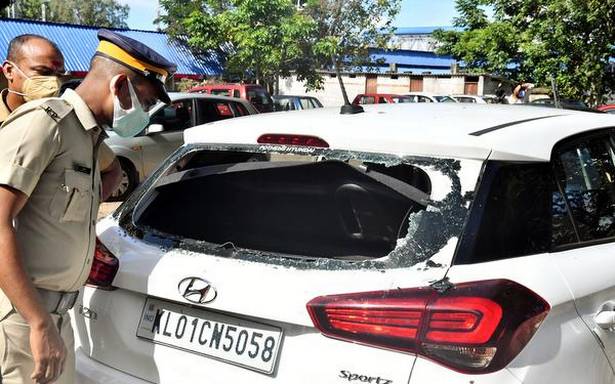 A teenager was arrested by the Thampanoor Railway Police for allegedly vandalising 19 vehicles that were parked on the premises of the Thiruvananthapuram Central railway station on Saturday midnight.

The police identified the accused as Abraham V. Joshua, 18, of Thirumala. The youngster allegedly smashed the wind shields and windows of 19 cars that were parked at the pay-and-park facility around 12 a.m.

The owners of the vehicles were in for a shock after the damage was noticed by some who had arrived in a train that reached the station around 4.30 a.m.

Soon after the incident had come to light, the CCTV footage that were recovered from the area enabled the police to identify and later nab the accused.

The accused allegedly used a rock to vandalise the vehicles before stealing various items including sunglasses, pen drives, and music stereo systems, from them.

According to the police, the accused vandalised the vehicles in a fit of rage after a heated argument with his family. He is also suspected to have been under the influence of drugs.

The vehicle owners alleged security lapse on the part of Railway officials and the contractor of the parking facility whose employees remained unaware of the incident.