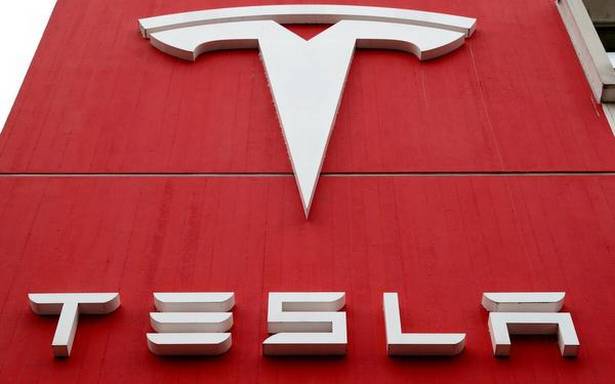 Elon Musk’s electric car company reported profits of $438 million compared with $16 million in the year-ago period, following a 74% rise in revenues to $10.4 billion

Tesla reported a jump in first-quarter profits Monday on surging automobile sales and said it was on track to boost automotive capacity at factories in three countries.

Elon Musk’s electric car company reported profits of $438 million compared with $16 million in the year-ago period, following a 74% rise in revenues to $10.4 billion.

Tesla, which was co-founded by Musk with the mission of remaking the automotive market, pointed to a stream of new electric models unveiled by rivals such as Detroit’s "Big Three" automakers as U.S. President Joe Biden’s administration promotes electric car usage.

"We believe consumer confidence in electric vehicles continues to increase and more customers are willing to make the switch," Tesla said.

"Our Q1 order rate was the strongest in our history and we are moving as quickly as possible to add more production capacity."

Tesla said a production ramp-up in Shanghai is "progressing well," while a new factory in Germany remains "on track" for production and deliveries in late 2021. A new factory in Texas is on pace to also begin production this year, the company said.

Mr. Musk was expected at a conference call later Monday to discuss the results. While the earnings topped estimates, the company has faced scrutiny over its "Autopilot" technology following crashes.

Last week, two federal agencies said they would investigate a fatal accident involving a Tesla that apparently had no one behind the wheel.