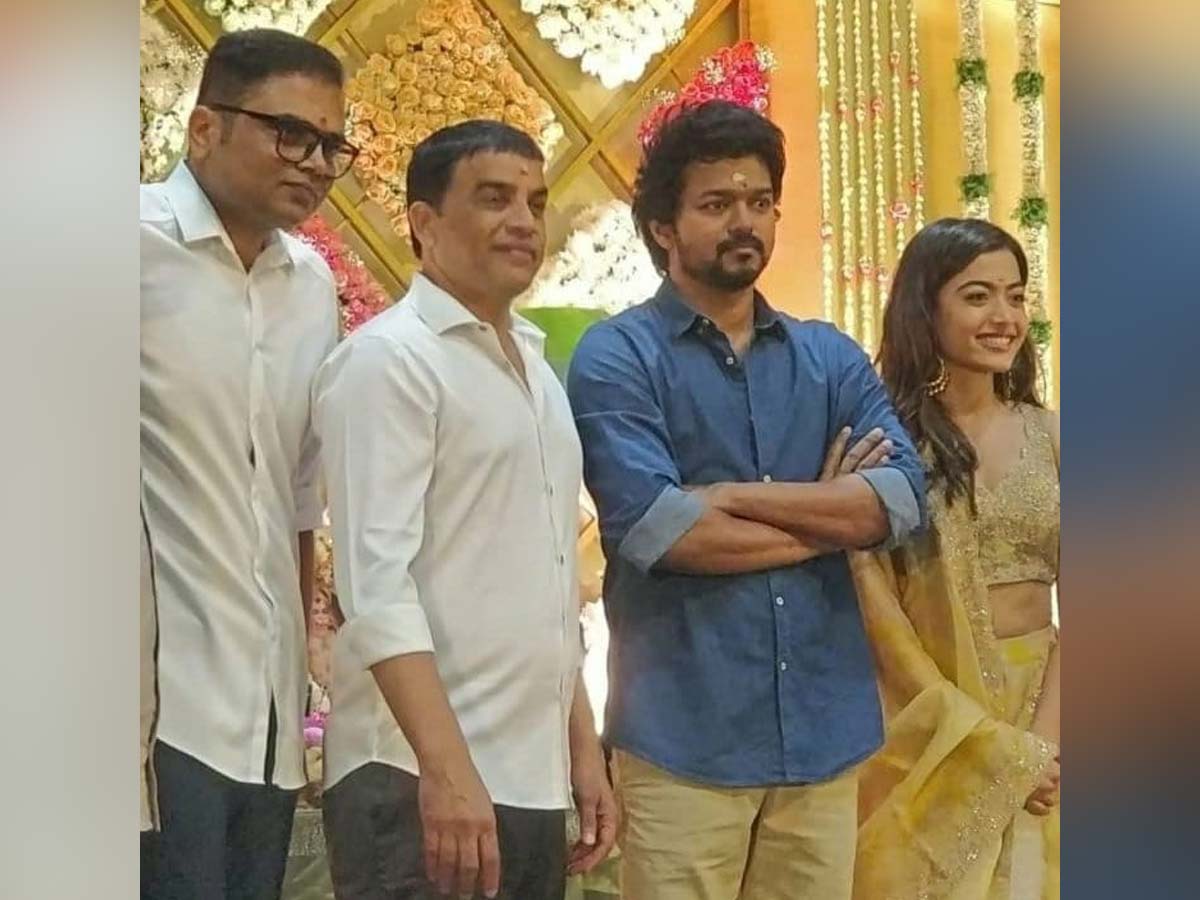 Tamil actor Vijay has  joined hands with Maharshi fame director Vamsi Paidipally for his 66th film. yesterday evening the makers officially announced that Pushpa fame Rashmika Mandanna will play the female lead. The makers also announced that the music and background score of the movie will be composed by Butta Bomma fame  S Thaman. Now according to the latest report the movie Thalapathy66 was officially launched today morning with a pooja ceremony .  The stills from the ‘Thalapathy 66’ muhurat pooja have been shared by the makers, which are going viral on social media.

The reports are coming Vijay and Rashmika Mandanna starrer begins the shoot with a muhurat puja. After a long wait, finally the film has hit the floors today. The team of Thalapathy66 had an auspicious puja to start things for the film.

The pooja was attended by Vijay, Rashmika Mandanna,  the music composer Thaman, and Vamshi Paidipally.

Vijay is now awaiting the release of his  Beast which has Pooja Hegde as the leading lady, which is scheduled to release on 13th April.

It is known that Rashmika Mandanna made her Tamil debut with Sulthan starring Karthi Earlier on several occasions, Rashmika has revealed that she is a huge fan of Vijay and has always wanted to work with him.