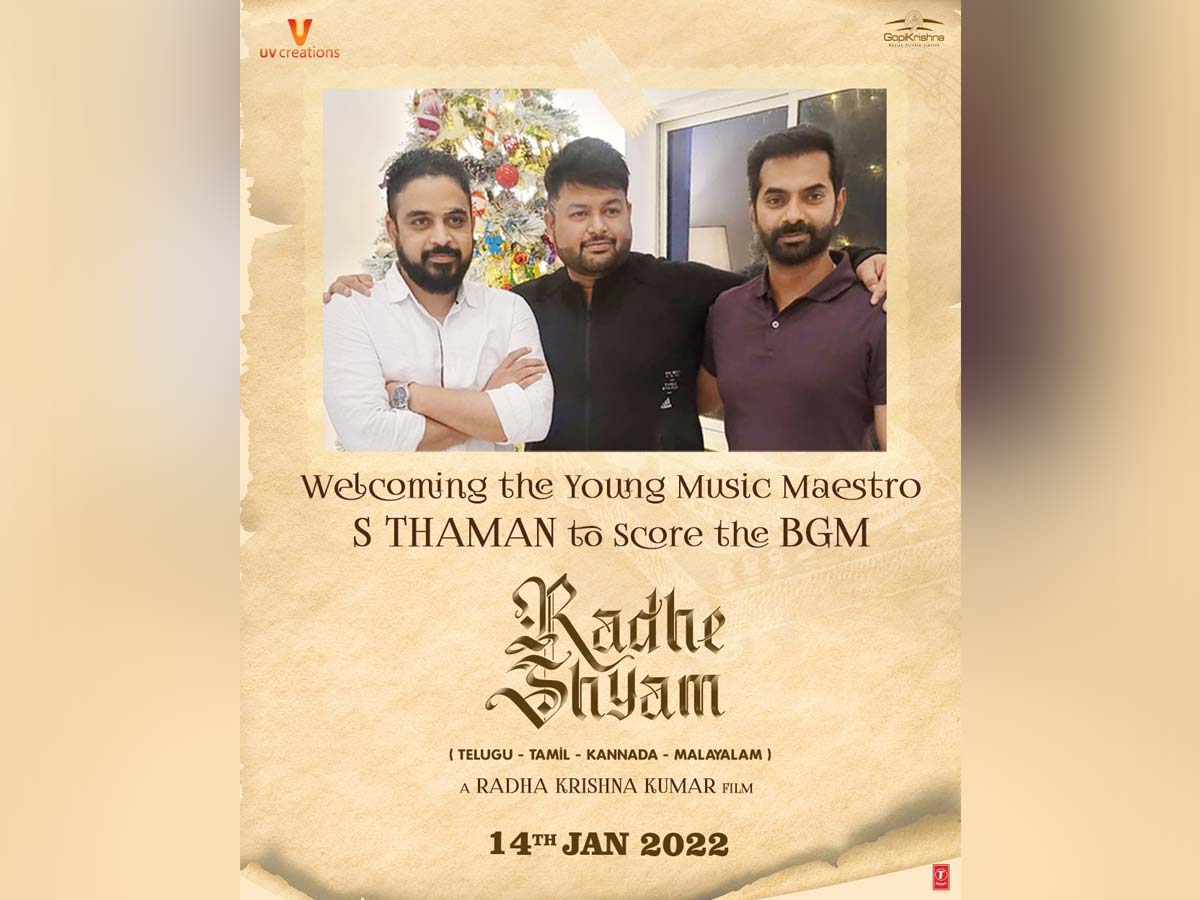 There is a good news for the fans of Prabhas! Butta Bomma fame Thaman has been brought on the board to score the BGM for the South languages of upcoming much awaited movie Radhe Shyam which has Young Rebel star Prabhas and Pooja Hegde in the lead roles.

Thaman’ BGM for  this year released movies ‘Krack’ and ‘Akhanda’ have already won the hearts of the music lovers. Now Thaman is going to work for Prabhas starrer Radhe Shyam which has Pooja Hegde as the leading lady.

The film  Radhe Shyam has multiple music directors for songs. The Hindi version’s songs are composed by Mithoon and others, while Justin Prabhakaran has given songs for Telugu.

Radhe Shyam is scheduled to hit theaters on 14th January 2022 on the occasion of Sankranthi.

The music composer Thaman had a difficult childhood, as his father died when he was 13. Thaman first started off working for prominent composers like SP Balasubramaniam, Raj-Koti team, G Anand, MM Keeravani, Vandemataram Srinivas, Chakri, RP Patnaik and Devi Sri Prasad before making his own debut as a music director in the year  2009, with the Tamil film Sindhanai Sei. His first Telugu  drama was Kick. And currently he is scoring to music of number of big budget movies.

Thaman special effort for Bheemla Nayak, Here is the proof