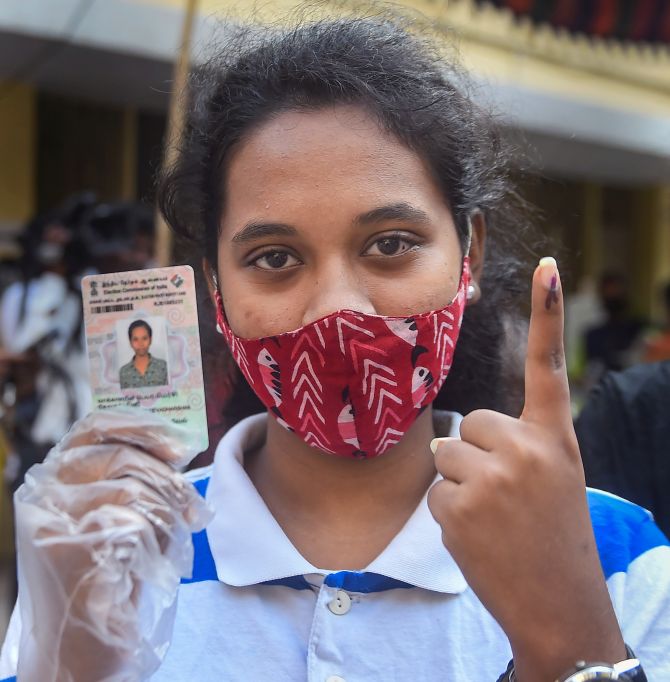 Tamil Nadu and Kerala are voting in single-phase for 234 and 140 assembly constituencies respectively.

In TN, the ruling All India Anna Dravida Munnetra Kazhagam is contesting the poll in alliance with the Bharatiya Janata Party.

While M K Stalin’s Dravida Munnetra Kazhagam has joined hands with the Congress.

The presence of the BJP, which is positioning itself as a political alternative with candidates like the ‘Metroman’ E Sreedharan will impact the attempts made by both the LDF and the UDF to swing the constituencies to their favour.

Rediff Labs analysed the 2016 assembly election results to develop a Sentiment Meter for the 2021 battle in Tamil Nadu and Kerala.

A mathematical model is used to calculate how seat distribution will be altered as sentiment/percentage of votes towards a contesting political party changes.

Based on the change, each constituency is marked with the winning party.

A swing represents that the victory margin is close to the runner-up party.

Move the pointer on the Sentiment Meter (depending on who you think will get more votes) towards the political parties to see how the outcome is likely to change. 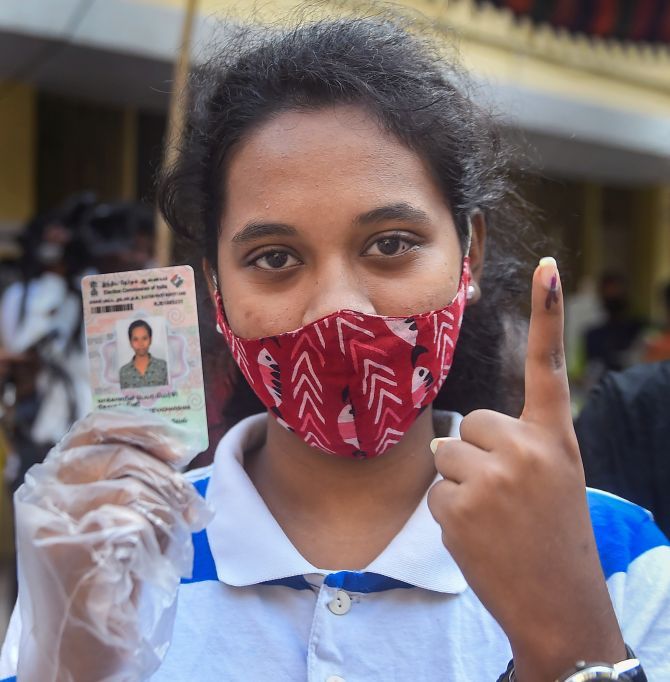