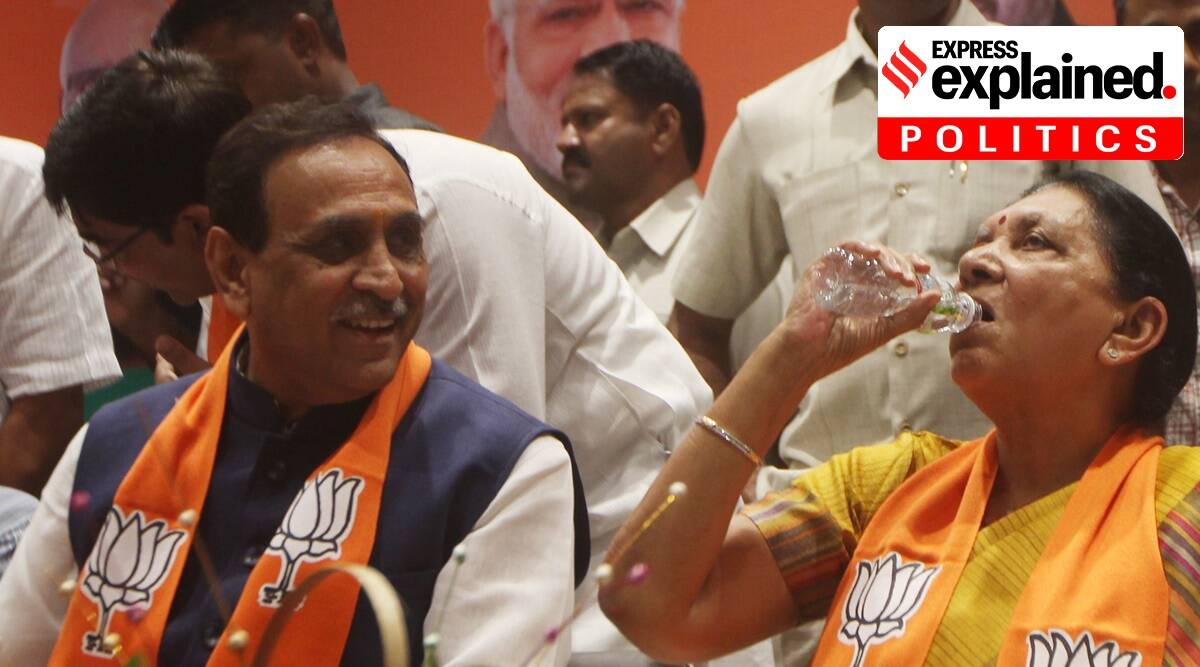 With Vijay Rupani’s exit Saturday, a year ahead of polls in December 2022, the tables are turned reflecting the changing contours of power in the Gujarat BJP. 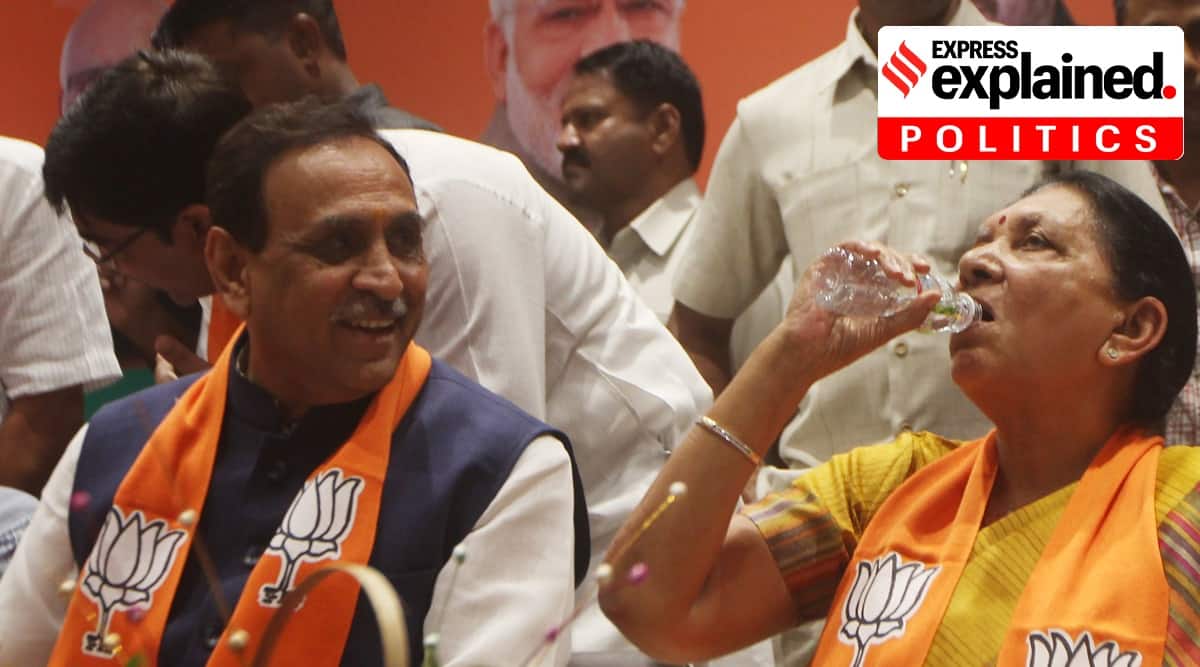 The parallel between Vijay Rupani’s exit and Anandiben Patel’s couldn’t have been more striking — and ironic.

Replacing Anandiben with Rupani in August 2016 was seen as a deft political move by then BJP president Amit Shah a year ahead of Assembly elections.

Named CM by Narendra Modi who left for New Delhi to take charge as Prime Minister in 2014, Anandiben came under fire: the Patidar agitation, led by Hardik Patel, now working president of the state Congress, foreshadowed party distress — it lost elections to a majority of the local bodies in December 2015. This was followed by the public flogging of Dalits in Una in 2016 which played out nationally ahead of the UP elections.

To mollify Patidars, Anandiben’s government announced 10% reservation for the economically backward class in the general category — an announcement by Rupani from the party office seen as a snub to Anandiben.

Rupani was a minister in her government and the state unit chief.

With Rupani’s exit Saturday, a year ahead of polls in December 2022, the tables are turned reflecting the changing contours of power in the Gujarat BJP.

Rupani has been criticised for his failure in managing the pandemic – the Gujarat High Court’s strictures were harsh and regular. He had also, by many accounts from within, failed to emerge as a “strong and efficient leader who could lead the party into elections.” Indeed, the rise of Aam Aadmi Party as a political force in the state was attributed by many of his critics within to his “inefficient leadership.” In 2016, a section of the BJP had wanted Nitin Patel to replace Anandiben but Shah got his way and Rupani, considered close to him, was given the job.

This time around, circumstances alter cases. Rupani’s resignation comes days after the state executive meeting was attended by Defence Minister Rajnath Singh in the conspicuous absence of Shah.

Sources said Shah, who continues to play a key role in the BJP’s organisation and functioning, will share responsibilities in the Gujarat BJP with B L Santhosh (General Secretary, Organisation); Mansukh Mandaviya (handpicked by Modi to be Union Health Minister); J P Nadda (BJP president); C R Paatil (again, chosen by Modi to be chief of the Gujarat unit); and the new Chief Minister.

There is some talk in the party of advancing elections to early next year when it’s due in five states including UP. This would also enable the party to choose a non-MLA as CM and legal opinion is being sought, sources said. However, fighting both UP and Gujarat at the same time will be a challenge for the party, a leader said.

The change of guard in Gujarat fits the BJP’s new pattern of shuffling Chief Ministers. In fact, between 2014 and 2019, Anandiben’s exit was an exception to the rule: the party was reluctant to replace CMs despite calls for change in state units like Jharkhand, Rajasthan or Haryana.

In contrast, in July, the party’s central leadership asked four-term Chief Minister B S Yeddyurappa to resign in Karnataka and instructed Tirath Singh Rawat to quit just four months after he was appointed as Uttarakhand CM. Both were under pressure from their faction-ridden state units.

There were some early pointers to change in Gujarat. Paatil was brought in as president of the state unit in July last year ahead of crucial local body elections. Paatil, who replaced Jitu Vaghani, a Patel by caste and a Shah protégé, was always considered a diehard Modi loyalist. 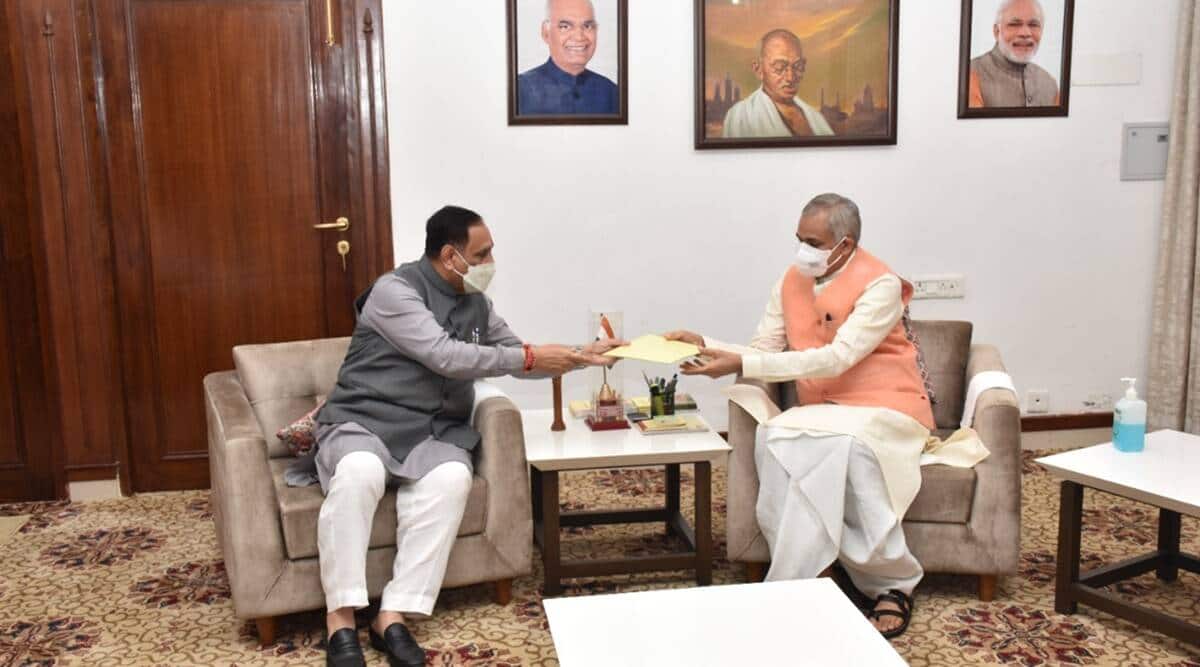 Another key development was the elevation of Mandaviya and Parshottam Rupala as Cabinet ministers – both are considered close to Modi.

BJP leaders, however, underlined that Rupani was changed after the leadership was “convinced” the party could not go to polls under his leadership.

“Although the elections will anyway be fought with Modi’s face, the party needed to send a message that it has a strong and effective leadership in the state,” said a party MP.

Rupani was seen as the first Jain to be made CM, an influential minority in the state. But under his leadership, the BJP performed dismally in the Assembly elections of 2017 winning just 99 of the 182 seats. Although it won back most of the constituencies in the by-elections and the local body elections earlier this year, the achievement was largely seen as Paatil’s.

Asked why was he being replaced now, a top BJP functionary in Gujarat said: “We might be wearing nice clothes but we do want to change and get new ones, right? People always want change”.

Rupani’s resignation came, as Paryushan, the period of penance for Jains ended Saturday, when the community seeks forgiveness.