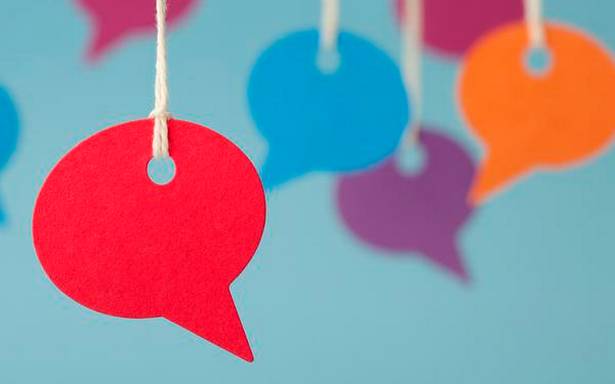 Challenges were mounted before various High Courts immediately after the amendments were notified. The Bar Council of India, in response, has kept the rules in abeyance, pending a review by a committee comprising senior advocates, members of bar associations and the Bar Council of India. The amendments also require the Chief Justice of India’s approval before coming into effect, which has not yet been obtained.

The intent is clear

The intent behind these amendments is betrayed by events that preceded their introduction: On May 25, 2020, 22 senior advocates addressed an open letter urging the Supreme Court of India to intervene in the migrant crisis. A retired judge of the Supreme Court also wrote an article on May 28, condemning the Court’s inaction in this regard. In response, the Bar Council of India issued a press release on May 30, characterising the criticism as a “sustained and synchronized attack on Supreme Court (sic)” by “disgruntled members of the bar and some unhappy and disappointed former judges”.

This was followed by an attack on a legal news portal (Live Law) for an article that was critical of the Bar Council of India Chairman, Manan Kumar Mishra. The article noted how the Chairman accused certain advocates of politicising the Bar, while himself openly professing his allegiance to the Bharatiya Janata Party (BJP). In 2014, as Chairman of the Bar Council of India, he pledged his support for the party and Narendra Modi, holding himself out as the representative of India’s nearly 1.7 million advocates.

In 2016, he addressed a fawning missive to Prime Minister Modi (on the Bar Council of India letterhead), describing him as the “most efficient and able leader of the world”. The article recounted how the Chairman championed a ‘Men Too Movement’ following the sexual harassment complaint against former Chief Justice of India Ranjan Gogoi, and also denounced anti-Citizenship (Amendment) Act protesters as “illiterate, ignorant mass”. In each of these actions, Mr. Mishra claimed to speak on behalf of the Indian Bar, and the article deprecated this improper use of public office.

There was swift retaliation to the Live Law article. A Bar Council of India resolution, condemned the author for “scandal mongering and vilification”, and resolved to take action against the author and Live Law. The resolution extolled (without specifics) the “…laudable acts done and being done by the [Bar Council of India Chairman] for promotion of a strong, vibrant and independent Bar and Judiciary”.

A chance for a review

It was in this backdrop that on June 3, 2020, while India was in the throes of an unprecedented novel coronavirus pandemic, and access to justice was severely impaired owing to the limited functioning of courts, the Bar Council of India convened a meeting and proposed amendments to the rules for professional conduct.

Contemporaneously, the Supreme Court made its views on censure of the judiciary clear: at a time where only matters of exceptional urgency were being entertained during the pandemic, the Court carved out an inordinate amount of time to charge individuals (including advocate Prashant Bhushan) with criminal contempt for critical remarks about the Supreme Court. Today, the Court under the Chief Justice of India, N.V. Ramana, along with the Committee reviewing the new rules, have an opportunity prevent a further assault on free speech by rejecting the amendments.

Historically, our country’s speech laws have served to fortify persons and institutions of power, while silencing those assailing their actions. Laws (such as sedition and criminal contempt) perpetuate the fiction that the authority of these institutions rests on the fragile foundation of ‘public faith’, and that dissent would impair the ability of powerful institutions such as courts and government bodies to carry out their duties. This notion is a bogeyman that has been used to silence critics, and is a colonial and feudal relic. State institutions derive their authority from the power vested in them by the law, and nothing else. Criticism (no matter how trenchant) is essential to hold these institutions accountable, and strengthen them.

The new Bar Council of India rules fly in the face of basic constitutional guarantees of free speech and the freedom of profession. The events preceding the introduction of the amendments demonstrate how limited the scope for “healthy” criticism under the new rules would be. Further, even if disciplinary proceedings under the new rules (should they come into effect) do not result in serious consequences such as disbarment, the pain of the process and the possible consequences to the careers of advocates would have a chilling effect.

‘Professional conduct and etiquette’ is an enigmatic phrase for the Indian Bar, as it is hard to fathom what the aspirational standard is. Recently, the Solicitor General, Tushar Mehta, was questioned in court about the Government’s defaults on its oxygen supply commitments during the second wave of the pandemic. In response, he said that ‘we have to act as responsible individuals’ and not as ‘unhappy girlfriends’, and added, ‘Let’s try and not be a cry baby’. Mr. Mehta’s response was not only unprofessional but was also unsuitable for the issue of citizens being starved of oxygen. But his words are perhaps a fitting response to the Bar Council of India and other institutions that are rankled by criticism from citizens who have every right to raise their voices against authority in a democracy.

Arti Raghavan is an advocate practising at the Bombay High Court