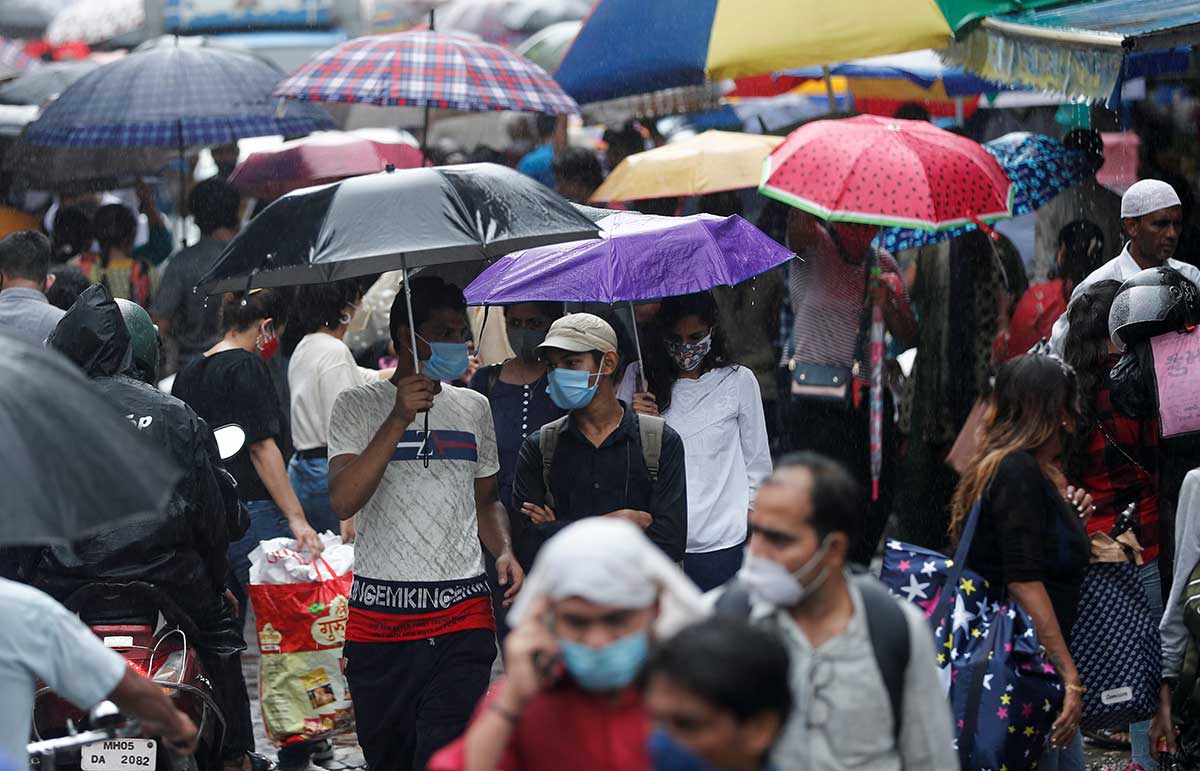 Population is a touchy issue in India. Anybody will notice the crowded rat race we live in, notes Shyam G Menon.

Given the sudden realisation it appears to be, it is hard to infer what exactly Uttar Pradesh’s draft population bill is all about.

There are those who see it as a diversionary tactic ahead of state elections. Some fear it will discriminate against minorities. The majority too looks uncomfortable.

A list of BJP legislators from Uttar Pradesh with their number of children alongside, published on Rediff.com, showed how the ruling party itself ranked in the context of the policy. Critics of the policy included the Vishwa Hindu Parishad, among self-appointed guardians of India’s biggest faith.

Notwithstanding the above, BJP members of Parliament are set to table private bills pushing for measures checking population growth, so the media reported.

Population is a touchy issue in India. Anybody will notice the crowded rat race we live in. Yet questioning it is difficult because the vast majority of us are invested in adding to population or wishing to.

To compound matters, ever since human numbers became vital to sustain identity politics, the number of external parties with a say on what couples should do or not do, has increased. It is a hornets’ nest we would rather not stir.

For the sake of mental peace, we let things be.

When the Uttar Pradesh government mooted a draft population bill, it attracted attention for both the subject it addressed and also the region it appeared from.

Taken at face value, the proposed state policy seeks to slow down human proliferation. The intention can’t be contested.

As reported in the media, the bill seeks to bar those having more than two children from contesting local elections and enjoying access to government jobs and subsidies.

A drift towards encouraging voluntary sterilisation also appeared to be there. Some found the bill justified; other were shocked.

The latter have emphasised two points.

First, the total fertility rate has already declined from earlier highs in Uttar Pradesh and other similarly placed states.

Second, the correct approach to restraining population growth is through avenues like education and women’s empowerment.

One reason for this is that the exercise must avoid pitfalls like female feticide. Further, smaller family opens up a Pandora’s box of related possibilities — nuclear families, late marriage, not marrying — many of which hack at the roots of conservatism. They won’t be easily accepted.

A society must evolve to accommodate these trends. Better awareness encourages evolution.

As someone with zero investment in continuity through progeny and therefore only an observer of the majority’s ways, what amazed me was the timing of the bill.

The year is 2021. The Indian population is now 1.3 billion and the country is forecast to be the world’s most populous in the years ahead.

In other words, like climate change, the course has been set. If we wanted the future to be dramatically different, we should have acted earlier.

Consequently, coming as it does from a state that has been India’s most populous for decades, the bill resembles a case of bolting the barn doors after the horse has bolted. Not just that; there has also been a perverse milking of our exploding numbers for political gain.

To put it in perspective, we must revisit the newspapers of our childhood and college years.

The narrative we read then about the heavily populated geographies that eventually became the cradle of India’s Right-wing politics, still resonates.

During the surge in Right-wing politics from the early 1990s onward, these regions offered a fertile substratum.

Polarising themes having little relevance for economic and social upliftment acquired following. Anybody could see how dangerous this politics was.

What became a game-changer was its emotional appeal in the thick of population. Large following meant this divisive politics could be mainstreamed.

The combination of numbers and polarization for fuel, also ensured population stayed a competitive game. Instead of realising that we all lose if the room explodes with our numbers, it transformed to a tussle over who gets the room. The side that shrinks is the loser.

Amidst this, the geographies associated with growing literacy and better adoption of family planning reported improved social indices. This was seen as a model to emulate.

The focus shifted from progressive human being to raw economic power.

Now, decades after the dividends of family planning were felt in states that heeded its wisdom, the Right-wing geographies have limped to a semblance of population stability.

There is no remorse for the delay or the toxic politics spread from these parts courtesy the regression they courted in that while. Instead, our democratic polity stands subverted by majoritarianism.

Few ask the political parties currently highlighting population as a grave problem, where they parked their senses when the nation advocated smaller family earlier.

What’s more, the proposed delimitation exercise which may enhance the number of elected representatives in Parliament, plays into the hands of states that added more people in the past few decades.

For all the adherence to national guidelines they did, the states which embraced family planning and no longer imagined their strength in numbers, now resemble losers.

Some of them can expect help from the resident wider registration of voters. That’s it.

So, if not a case of bolting the barn doors after the horse has bolted (even been saddled and ridden by politics to its advantage), what should we call the emergent enthusiasm of the BJP to discipline population growth?