The goal is to fix structural problems, like excess debt and inequality, and generate more balanced growth. For many businesses, the guidelines were once clear: Pay lip service to the government, make money and go global if possible, with foreign listings and acquisitions. 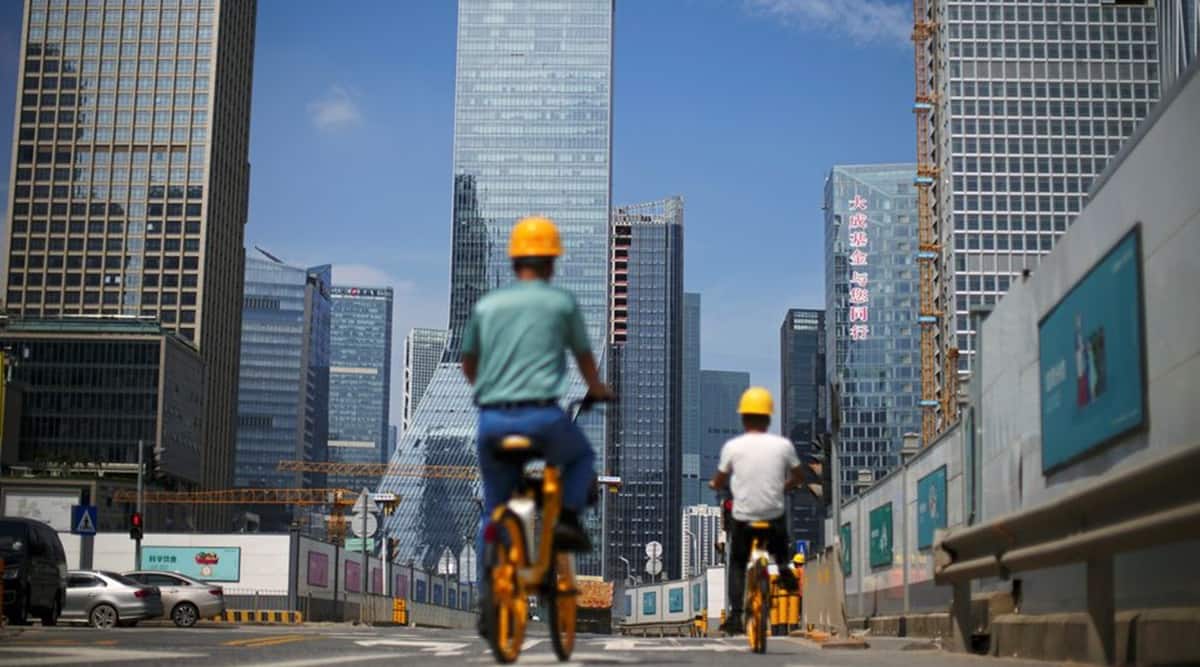 Chinese tech companies are reeling from regulation. Nervous creditors are hoping for a bailout for China’s largest developer. Growing numbers of executives are going to jail. An entire industry is shutting down.

For China’s leader, Xi Jinping, it is all part of the plan.

Under Xi, China is reshaping how business works and limiting executives’ power. Long in coming but rapid in execution, the policies are driven by a desire for state control and self-reliance as well as concerns about debt, inequality and influence by foreign countries, including the United States.

Emboldened by swelling nationalism and his success with COVID-19, Xi is remaking China’s business world in his own image. Above all else, that means control. Where once executives had a green light to grow at any cost, officials now want to dictate which industries boom, which ones bust and how it happens. And the changes offer a glimpse of Xi’s vision for managing the economy, before a political meeting expected to solidify his plans for an unprecedented third term in charge.

The goal is to fix structural problems, like excess debt and inequality, and generate more balanced growth. Taken together, the measures mark the end of a Gilded Age for private business that made China into a manufacturing powerhouse and a nexus of innovation. Economists warn that authoritarian governments have a shaky record with this type of transformation, though they acknowledge that few have brought such resources and planning to the effort.

In one week alone last month, creditors fretted about the fate of China’s largest developer, Evergrande, with no word from officials about a bailout; the central bank announced that all transactions involving unapproved cryptocurrencies would be illegal; and authorities detained the top two executives at HNA Group, an indebted logistics and transportation conglomerate, and sentenced the chair of Kweichow Moutai Group, a high-end liquor company, to life in prison for taking bribes.

At China’s annual World Internet Conference last week, an official signaled that efforts to rein in internet giants were not over, warning against the “disorderly expansion of capital.” Once a showcase for the might of China’s entrepreneurs, this year’s conference became a platform for pledging fealty to state efforts to spread the wealth.

Lei Jun, founder of the smartphone maker Xiaomi, said big internet companies should help smaller ones. Alibaba’s chief executive, Daniel Zhang, hailed his firm’s new $15.5 billion plan to help small business and underdeveloped regions, invoking the aphorism “If you teach a man to fish, you feed him for a lifetime.”

“The very definition of what development means in China is changing,” said Yuen Yuen Ang, a political science professor at the University of Michigan. “In the past decades, the model was straightforward: It was one that prioritized the speed of growth over all other matters.

“It is clear by now that Mr. Xi wants to end the Gilded Age and move toward a Chinese version of the Progressive Era, with growth that is more equitable and less corrupt,” she added.

Shockwaves have been felt across China’s economy, the world’s second largest. Analysts argue that some measures, such as reducing debt and curbing anti-competitive behavior among internet platforms, have long been needed. But they worry that the new policies could hurt competitiveness and favor the inefficient, monopoly-dominated state sector, which Beijing has long avoided reforming.

Natasha Kassam, a director at the Lowy Institute, an Australian think tank, said private-sector dynamism could suffer. She likened the shifts to Xi’s anti-corruption campaign at the start of his tenure nine years ago, which curbed rampant graft but also consolidated power.

“During the anti-corruption drive, no one knew who might be targeted next,” Kassam said. “What it led to was inertia. Officials were too terrified to make decisions in case they were the wrong ones; you’ll see a similar chilling effect on the private sector.”

For many businesses, the guidelines were once clear: Pay lip service to the government, make money and go global if possible, with foreign listings and acquisitions. While China’s billionaires always felt vulnerable — the country’s list of richest individuals is often joked about as a catalog of targets — they also had a cozy relationship with officials that allowed for flouting the rules and influencing policy.

Success is no longer a guarantee of safety. The big-name casualties are piling up, and there is little sign that Xi and the regulators he has empowered are daunted by the carnage. Since February, investors have erased more than $1 trillion from the market value of China’s largest listed tech firms.

The knock-on effects are also hitting regular Chinese people, with the potential to stir social unrest. Officials have issued directives urging local governments and companies to look out for budding protests related to the troubled property sector. Evergrande’s crisis has triggered anger among unpaid suppliers, homebuyers who purchased apartments years in advance and employees, some of whom have demonstrated at its offices.

Beijing is trying to send a warning that no firm is too big to fail. Xi’s corruption campaign and an ensuing push to curb excess borrowing have already made a big difference, said Dinny McMahon, an analyst for Trivium, an advisory focused on China.

“These days, the behavior of financial sector executives is more conservative,” he said. “It’s not about looking to what you can get away with anymore, but trying to adhere with the spirit of what Beijing wants.”

Xi appears to be imposing the same discipline on the tech sector. Last year, regulators scuppered the blockbuster listing of Alibaba’s sister company Ant Financial. When Didi Chuxing — the ride-hailing company that bought Uber in China — went ahead with an initial public offering in the United States despite reservations from Chinese regulators, its software was pulled from app stores in China.

Tech firms are also learning to relinquish control. Most companies now have Communist Party cells, which can dictate decision-making. Investment firms run by China’s cyberspace regulator have taken small stakes in TikTok’s parent company, ByteDance, and the social media firm Weibo in the past two years.

New signals that companies should focus on “common prosperity” — a government initiative to lessen the wealth gap — have led to a parade of giving from tech giants and their leaders. Tencent and Alibaba, China’s two most dominant internet firms, both have made multibillion-dollar pledges to help train small businesses and revitalize villages.

As it has become riskier to be a star, some of China’s leading entrepreneurial talents have shunned the spotlight. After the deaths of two employees, Colin Huang, the 41-year old founder of Pinduoduo, an e-commerce platform, stepped down in March to make way for a new generation. In May, the 38-year old founder of ByteDance said he would resign as CEO.

In the eyes of Beijing, all tech is no longer equal.

Companies focused on the consumer internet have lost the protections they once enjoyed. Instead, the government is focused on a push for national self-reliance, countenancing big bets on bleeding-edge technology, partly in response to U.S. policies that cut off access to key components like microchips. Officials have heavily subsidized manufacturers of semiconductors, commercial aircraft, electric cars and other products.

Huawei, a company closely tied to the government that makes critical telecommunications infrastructure equipment, has mostly sidestepped the crackdown. After its founder’s daughter Meng Wanzhou, was released from detention in Canada late last month, state media trumpeted her return to China. Although Meng is the picture of inherited privilege in an unequal society — she is known for wearing luxury brands and spent her detention in a Vancouver mansion — her homecoming was portrayed as a national triumph.

“It was a stark reminder that they are not like you. There are hierarchies in Chinese society, and different treatment comes with it,” Kassam said. She added that Huawei had long had special status as a favorite of the government.

“Still, part of me wonders for how long. I might have said the same thing about Jack Ma not too long ago,” she said, referring to the founder of Alibaba.