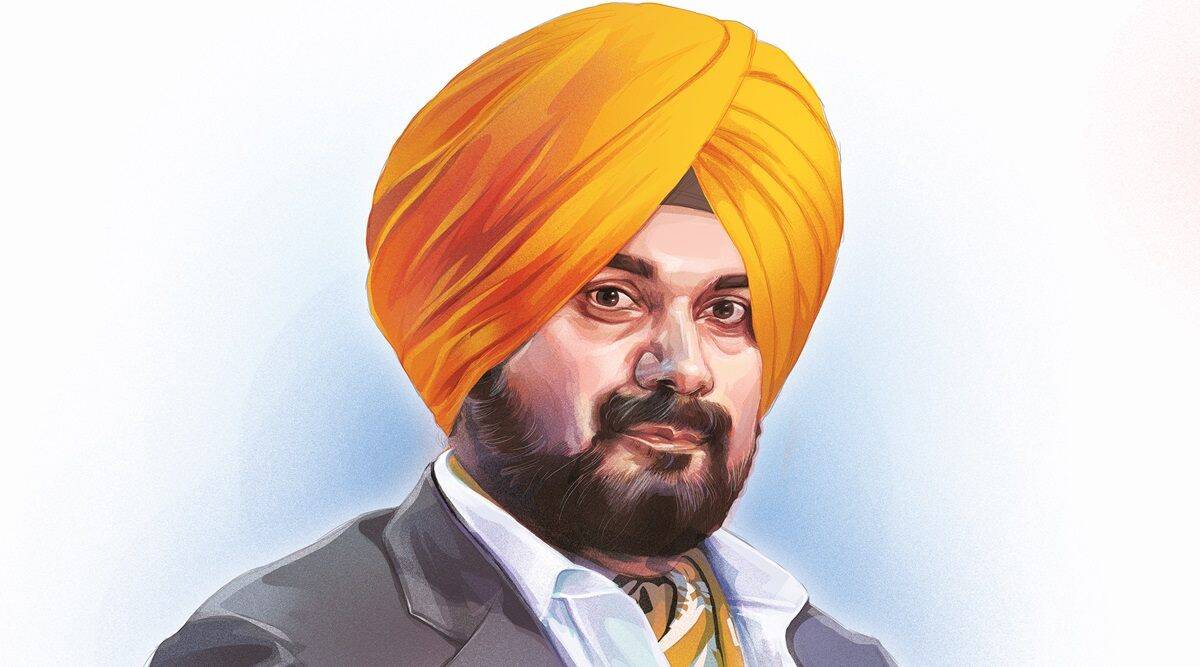 Not out at 57. Navjot Singh Sidhu clearly believes he has another innings in him. The captain is on sticky wicket and the team is divided, but is the pinch-hitter who refuses to walk the player that the Punjab Congress needs? 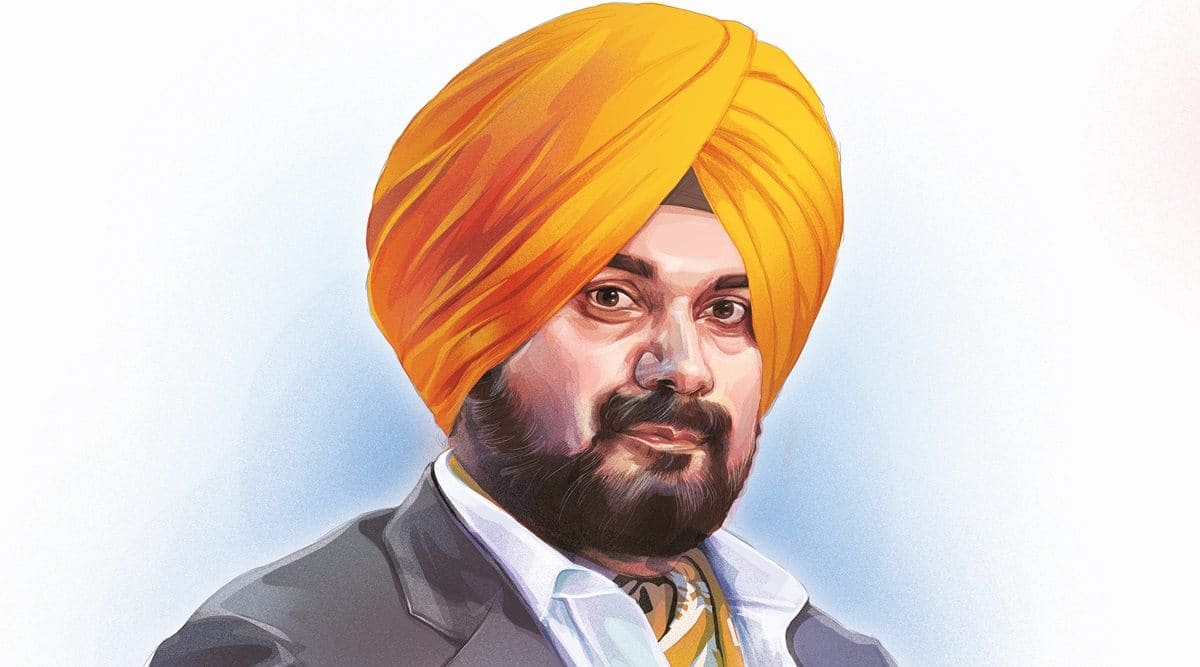 On one aspect, political parties are no different from the Indian cricket team. The writ of the leader runs large and most rebellions die young. But, in the summer of 1996, an opener defied the script. Mid-way through an England tour, rattling the already shaky captainship of Mohd Azharuddin, he quit and flew home. That opener was Navjot Singh Sidhu.

Much, much later, then BCCI secretary Jaywant Lele (since deceased) would reveal in his book that Azhar, as different from ‘Sixer Sidhu’ as they come, constantly undermined the impatient Sardar.

While Sidhu might have kept his counsel then, and in turn his batting career, it’s his play on words that has kept him in business since — as a cricket commentator who upturned the box’s staid ways; as a pun-a-sentence reality show host; and as a star campaigner who spotted a political opening. And hence, as he takes on another Captain, Amarinder Singh, it’s no surprise that Sidhu, 57, is refusing to walk away quietly this time.

“Imagine, he left an international tour, one he had worked so hard for! He can’t be pushed around,” says a cricketer friend.

Plus, for Sidhu, politics is as much a known field. Sidhu’s father Sardar Bhagwant Singh Sidhu was a Congress leader and an MLC, while his mother also dabbled in politics. The father’s fiefdom incidentally was Patiala, the same as Amarinder’s. Kapil Dev often jokes that the easiest way to score a lavish lunch in Patiala was to tell Sidhu’s doting father, “Sir kya khelta hai aapka ladka (Sir, your son is so talented)!” It was Sardar Bhagwant Singh who gave Sidhu his nickname ‘Sherry’, for his “intoxicating batting”.

Sidhu’s cricketing career is proof of his tenacity, with the batsman bouncing back from several reversals, including being written off as a “strokeless wonder”, and a murder allegation linked to road rage. Then wicket-keeper Kiran More says that going in, Sidhu would be nervous, but once on the field, “he was like a rock”. Another team-mate, spinner Venkatapathy Raju, recalls how Sidhu was fond of saying, “Whatever happens, remains within four walls. But one window is always open, (so) it will get out.”

To the Amarinder camp, that might sound like a foreboding. Other teammates have others: of a player “selfish” in his batting, and one who had a knack of picking injuries when conditions were tough to bat. Azhar jokes how once Sidhu reached the 90s, the dressing room would be sure that the 12th man would have to field for him.

That sense of entitlement seems to have continued, according to those tired of Sidhu’s petulant politics, taking him from the BJP to the Congress and now pitting him against Amarinder. Having won on a BJP ticket thrice from the Amritsar Lok Sabha seat between 2004 and 2009 (including a bypoll), he was left out in 2014 in favour of Arun Jaitley. Sent to the Rajya Sabha, a sulking Sidhu quit.

One of the reasons was the pushback against Sidhu by Akali leaders and then BJP allies Sukhbir Badal and his brother-in-law Bikram Singh Majithia, whose Assembly seat is part of the Amritsar Lok Sabha constituency. Sidhu told The Indian Express then that the BJP had tried to lure him with offers such as the I&B Ministry. “I refused to abandon Punjab.”

Sidhu then floated the Awaaz-e-Punjab Manch, with “likeminded politicians”, including former India hockey captain Pargat Singh, professing a new brand of politics. He termed Amarinder and the then ruling Badal clan two sides of the same coin, saying, “Maidan vich aunde ne… ‘Kushti-kabaddi, chakk deyange’. Shaam nu farmhouse de utte jaa ke japhiyan te jashan (In the field, they vow to beat each other. In the evening, they are together at a farmhouse, partying).”

Then, just one month to go for the 2017 Assembly polls, Sidhu joined the Congress.

The seeds of discord between Amarinder and Sidhu were sown starting then, with the Punjab Congress stalwart seeing the upstart as imposed on the state unit by the Delhi high command. The plain-speaking Amarinder has always carved his own path, irrespective of the Gandhis. A senior leader talks about how when Amarinder expanded his Cabinet in 2018, “Rahul didn’t want Rana Gurmeet Sodhi and O P Soni… But Captain showed tact, stayed in Delhi for two days, and had his way… He did not induct leaders Rahul wanted either… but all this was done amicably.”

On Sidhu though, whether over his induction into the party or his ministry, the Captain barely concealed his annoyance. Nor did Sidhu hide his displeasure.

The last straw for Amarinder is believed to have been the opening of the Kartarpur Corridor between India and Pakistan in August 2018, when Sidhu, in his bonhomie with Pakistan Prime Minister Imran Khan, stole the CM’s thunder. Amarinder was reportedly rattled by reports of the surge in Sidhu’s popularity in rural areas. In December 2018, Sidhu declared that Amarinder was only an Army Captain (Singh had served in that post) and that for him, the Captain was Rahul Gandhi.

In June 2019, following a downward spiral that saw Sidhu openly attack a fellow minister over an alleged scam, Amarinder stripped him of his portfolio. The CM was on a high at the time, having just delivered eight of 13 Lok Sabha seats in Punjab for the Congress. Placatory offers, following intervention by the high command, did not melt Sidhu.

He says he was biding his time. The lull ended on Baisakhi, April 13, this year, when Sidhu openly attacked Amarinder saying his government was seen as being soft on the Badals, in cases relating to the desecration of Guru Granth Sahib in 2015 under the Akalis.

The attack was well-aimed and well-timed — another Assembly election is round the corner and the CM is facing discontent from other quarters over the issue. Congressmen believe Amarinder has done little to curtail the power of the Akalis in Punjab, and accuse him of remaining inaccessible to own MLAs while courting bureaucrats.

On the sacrilege issue, a senior leader says, “There is much anger against our government… These days if people have three abuses for the Badals, they have two for us.”

Having let the tensions simmer for long, the Gandhis recently stepped in. For five days, dirty linen was washed in public in Delhi before a committee, for a report whose contents remain under covers. A senior leader says as many as 60 of the Congress’s 80 MLAs complained against the CM, if not many asked for his removal. Congress sources say reports indicate discontent against the party in the state.

The leader says Amarinder is showing signs of being under pressure. “He appeared twice before the committee in Delhi… Who thought the Captain would do that!”

In a signal typical of the Delhi durbar, while Amarinder had to return without an audience with the Gandhis, Sidhu was granted one after a long wait.

The CM has largely refrained from joining issue with Sidhu publicly. However, in a recent interview to Zee News, he said, “Has a day passed when he does not speak anything?… This is total indiscipline.”

The leadership’s long rope to Sidhu also stems from the Aam Aadmi Party’s fresh bid for Punjab. Arvind Kejriwal has declared that the CM candidate of AAP, which was the second largest party in the last Punjab polls, would be a Sikh. Sidhu fits the bill, with his vocal firepower and his image of an “outsider” in the Amarinder-Badal power structure.

And yet, some of those close to Sidhu claim to be surprised by his belligerence. His wife and namesake, Navjot Kaur Sidhu, a doctor who followed her husband lucratively into politics, once claimed in a TV show: “There were times when Sidhu used to get out in the 90s just so he could avoid speaking at the award ceremony.”

The couple have two children, Karan, who is an advocate, and Rabia, a fashion designer.

Kirti Azad, who like Sidhu moved from cricket to politics, marvels at his “transformation from a “very reticent person” to a “glib talker”. “Sidhu would never speak in the dressing room. Now he is so talkative he won’t give anybody else a chance,” Azad quips.

Given the personalities of both Amarinder and Sidhu, this Congress battle might not be settled at a swish of the Gandhis’ wand. If Sidhu is seen as seeking presidentship of the Punjab Congress, the CM has been rallying his forces and has played the Hindu card, saying the new chief should not be a Sikh like him. A leader claims the Gandhis have offered a proposal to Sidhu — “apparently he has agreed to it” — serving the CM a fait accompli.

However, the leader admits, “It surely will not heal the wounds… It will only make matters worse.”

The stage might move to Patiala next, the common home turf of the CM and his bete noire. A product of the Yadavindra Public School in Patiala, named after Amarinder’s father, Sidhu’s house is next to the Baradari gardens, which were laid under the CM’s great-grandfather, Maharaja Rajinder Singh.

In the Zee interview, asked about Sidhu camping in Patiala, Amarinder had said, “He will also lose his deposit like Gen J J Singh (who contested against Amarinder from Patiala in the 2017 Assembly polls).”

Could there be another learning from the 1996 England tour for Amarinder, a historian himself? Ask Azhar about the Sidhu revolt now, and he chuckles. Noting that they still keep in touch, Azhar says, “Sidhu was an asset, ready to bat anywhere in the order, No. 3, No. 4. He was a team man all along.”

(With inputs by Manoj C G)