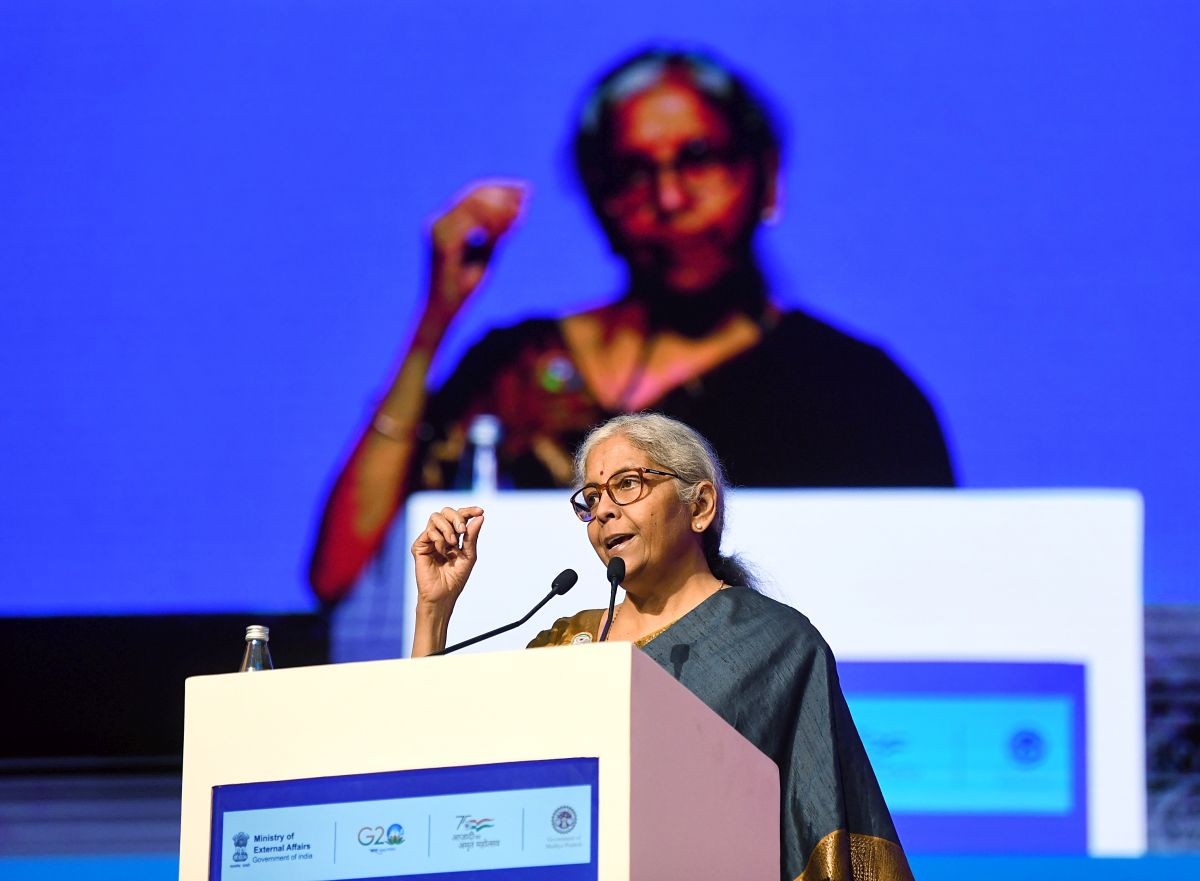 ‘It has been an ongoing process, talking to the relevant ministries about eliminating leakages and curbing non-core expenditure in various schemes.’

However, there could be a theme of the Budget, which may not be immediately apparent from the finance minister’s speech, but will become clearer once the Budget documents are studied, something very important from public finance perspective.

The last few Budgets were about eliminating off-Budget borrowing, something which Sitharaman and Finance Secretary T V Somanathan have succeeded in doing.

The Budget for the financial year 2023-24 could be about controlling non-essential expenditure.

“It has been an ongoing process for us, talking to the relevant line ministries about eliminating leakages and curbing non-core expenditure in various schemes. It is not something that can be done in a year, but we do expect some savings this year (FY23) and better savings next year (FY24),” a senior government official told Business Standard.

Icra Chief Economist Aditi Nayar said in a note that the savings expected this year could be around Rs 1 trillion. However, internally, finance ministry officials are expecting higher savings.

There are some schemes and processes where the government is expecting to see savings, listed below:

The Single Nodal Agency (SNA) is one of the new accounting mechanisms in the Public Finance Management System, for the distribution of centrally sponsored schemes (CSS)-related amount to states.

CSS schemes are jointly funded by the Centre and states.

Through the SNA dashboard, officials can track funds from the release from the central treasury to ministries to state treasuries and departments and right down to the vendor, contractor or implementing agency.

Under SNA, states have one bank account for one scheme and all the money for that scheme will flow through that account.

This has meant that instead of hundreds of thousands of accounts, the centre just has to monitor around 3,000 accounts.

As the SNA dashboard is improved, more savings are expected next year.

The centre has already held back allocations worth more than Rs 1 trillion so far this year, for certain schemes, telling states that they have the equivalent amount in their treasuries and should spend those sums first.

Economists like Nayar and State Bank of India’s Chief Economic Advisor Soumya Kanti Ghosh both believe that savings from the SNA dashboard will continue to be significant.

In one of the government’s flagship schemes, the Mahatma Gandhi National Rural Employment Guarantee Act (MGNREGA), the finance ministry’s expenditure department is working with the ministry of rural development to identify in efficiencies.

Of particular concern to central policymakers is the fact that the number of MGNREGA beneficiaries was around 50 million before the pandemic, rose to around 70 million as the economy slumped, but has not come down to pre-pandemic levels even as jobs in urban areas are coming back.

Also, the rural development ministry has been asked to identify why some relatively better-off districts across the country have more MGNREGA beneficiaries (as percentage of population), compared with neighbouring aspirational (less-developed) districts. This has been an ongoing exercise.

“We have had a positive response from the rural development ministry and are drawing up a blueprint to reduce these inefficiencies,” a second official said.

As a result of shocks caused to food and energy prices due to the war in Europe, the Centre has seen a massive rise in food and fertiliser subsidies.

The fertiliser subsidy for the year is expected to rise to Rs 2.5 trillion from a budgeted Rs 1.05 trillion.

After multiple extensions to the Pradhan Mantri Garib Kalyan Anna Yojana (PMGKAY), the food subsidy bill for the year stands at Rs 3.3 trillion, compared with a budget target of Rs 2.07 trillion.

The ministry of consumer affairs, food and public distribution has been asked to look at how costs of procurement are calculated for foodgrains meant for the central government’s food guarantee schemes.

Till now, whatever food subsidy amount has been asked is given from the finance ministry.

The expenditure department has made it clear arrangement cannot continue and has told the consumer affairs ministry to ensure the costing is fair and reasonable and it should not absorb inefficiencies in the chain.

The Rs 2 trillion per annum outlay for free foodgrains under the National Food Security Act is likely to be the entirety of food subsidy outlay per year in an ordinary year without the kind of food supply chain disruptions and inflation shocks that were seen in FY23.

That is what finance ministry officials are hoping for.

However, with increases every year in the minimum support price, the cost of procurement will increase.

That is something officials will have to keep an eye on.