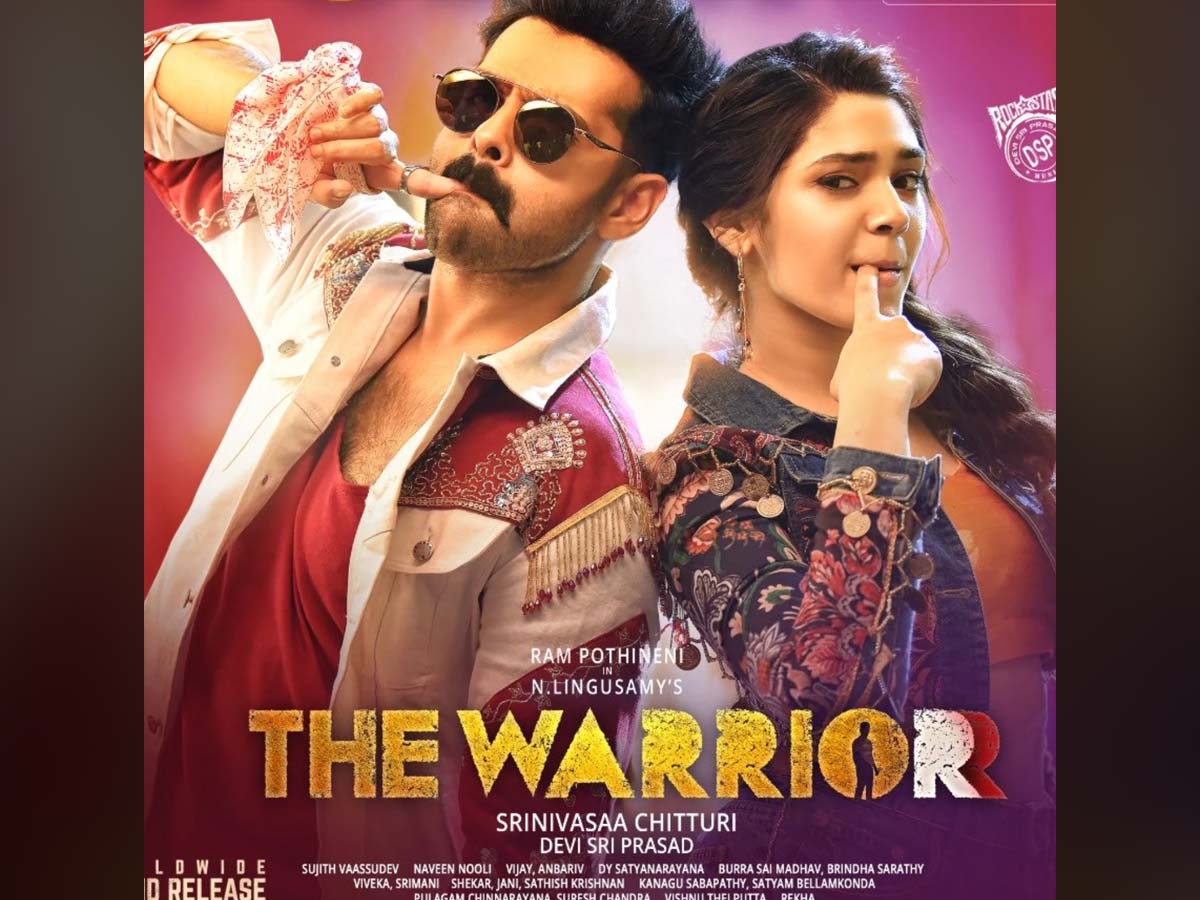 Ram Pothineni and Krithi Shetty starrer action drama The Warrior is gearing up for the grand release on 14th July.   Helmed by N. Lingusamy, Ram  Pothineni will be appearing in a never-seen role of a police officer.  Other actors Krithi Shetty and Akshara Gowda will be playing the lead actress role in the movie. Krithi made her Tollywood debut with the 2021 blockbuster Uppena and the upcoming film marks her debut in Kollywood. Ahe is playing the Radio Jockey in the film. Meanwhile, Aadhi Pinisetty is essaying an antagonist\, he has earlier worked in successful films like Sarrainodu, Eeram, etc.  Ram Pothineni’ movies had a decent run at the US box office. If  The warrior gets positive response by the movie lovers, then the actor can pull in decent numbers in the US

The Warrior  has already created buzz by Songs and trailer. The traders are expecting that  Ram Pothineni starrer action drama The Warrior  will collect around half a million at the US box office.