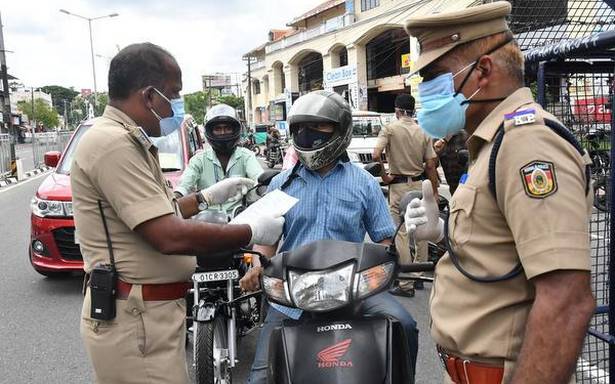 Thiruvananthapuram district came under a triple lockdown again after a hiatus of a year on Monday with several access points closed down for traffic. Restrictions have been intensified in view of the worrying spike in COVID-19 cases during the last few weeks.

With the City Police deciding to optimise its deployment for effective enforcement, 20 access points that led to the State capital were sealed to streamline entry and exit through six other points, chiefly Vetturoad in Kazhakuttam, Maruthoor in Mannanthala, Vazhayila in Peroorkada, Kundamankadavu in Poojappura, Pallichal in Nemom and Chappathu in Vizhinjam.

The arrangement led to serpentine queues of motorists at these locations during the initial hours of the day, with the police tightly screening all vehicles. Access was permitted for only those involved in essential or other services that have been exempted from the lockdown, and others requiring emergency medical attention. Numerous people were turned back for want of satisfactory reasons for travel.

City Police Commissioner Balram Kumar Upadhyay, who inspected the arrangements at various locations, said there have been attempts to misuse permission granted for various purposes. Besides, some motorists have also been found carrying invalid passes that had been issued earlier. Such instances will be dealt with stringently, he said.

Police sources said the considerable rush on the roads could be partly attributed to the functioning of shops selling essential commodities. The district administration has permitted such outlets to function on Monday, Wednesday and Friday.

The coastal and rural parts of the district have also been witnessing heightened alert, with the police reining in unnecessary travel. Vehicles coming from Tamil Nadu are being permitted entry at the Inchivila inter-State border only after furnishing passes obtained from the COVID-19 Jagratha portal.

The triple lockdown focuses on surveillance at the borders of the district, each police station limits as well as locations where COVID-19 patients, primary and secondary contacts reside.

To prevent quarantine violations, the police have deployed bike patrol teams. In addition, the ward-level committees that comprise beat police officers have also been tasked with keeping tabs on such violations. 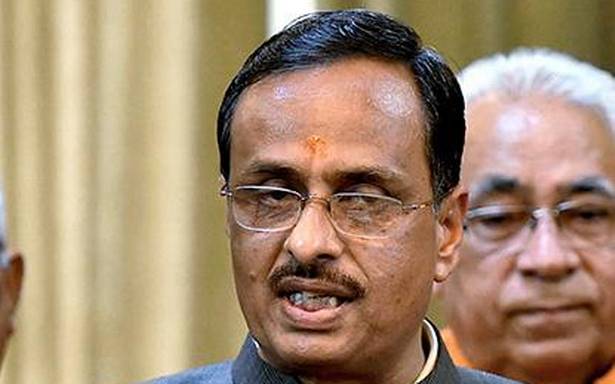