Police investigations have revealed that these videos either do not belong to locations listed in WhatsApp forwards or were edited deliberately to distort their content.

THREE MANIPULATED video clips showing two men on motorcycles picking up a boy, women putting on burqas while walking on a road and a boy telling reporters that he was kidnapped from Buldhana were among those responsible for inciting part of the mob violence that left nine dead and 10 injured within 25 days in Maharashtra.

Police investigations have revealed that these videos either do not belong to locations listed in WhatsApp forwards or were edited deliberately to distort their content. Investigators are probing at least two more videos that were circulated widely across Maharashtra.

READ | 9 states, 27 killings, one year: And a pattern to the lynchings

The most widely circulated video, which has been doing the rounds in other parts of the country too, shows two men on a motorcycle approaching a group of children playing by the side of the road, picking up one of them and riding away.

Various versions of this video forwarded on WhatsApp have captions claiming that the incident took place in India.

However, the original video is part of a campaign by an NGO in Karachi in 2016 to raise awareness about missing children. 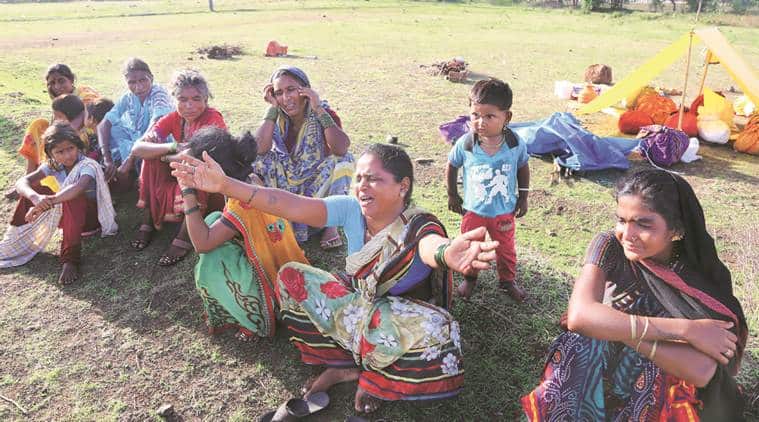 The NGO, Roshni Helpline, had roped in local advertising agency Spectrum Y&R to create the short video. A spokesperson for the agency told The Indian Express in an email that it was part of a larger campaign to highlight the issue of missing children in Karachi, where about 3,000 children go missing annually. As a result of the video, the spokesperson said, ten children were reunited with their families. The agency said the video has been shared 6 million times on Facebook and received widespread coverage in the media.

“We have been absolutely appalled by how this video has been misused and the tragic consequences which have followed. The clip used in the WhatsApp messages in India has been edited to remove the context and messaging. It shows CCTV footage of a child being snatched by two men on a motorbike. What it hides (which is in the original video) is the two men returning to the spot and placing the child back. One of the men then holds up a sign that reads, ‘It takes only a moment to kidnap a child from the streets of Karachi’. It also contains text that states, ‘Every year, over 3,000 children go missing in Karachi, Pakistan. Keep an eye on your child’,” the spokesperson said. In a statement, the agency said, “We request the public at this point to be vigilant and follow the new norms of verifying content that appears on social media. A search online would reveal its source and appropriate context. We also don’t want the abuse of this video to detract from the very serious issue of missing children in India or Pakistan.”

Two other videos were also found to circulate on social media in Malegaon in Nashik district within the last two months. On the same day as the lynching of five men in Dhule, a group belonging to the Gosavi nomadic tribe was attacked by locals in Malegaon over suspicions of child-lifting, before being rescued by the police.

READ | Look who all make up the murderous lynch mob

Poddar said the video shows a group of women walking down a road, changing into a burqah, and a child following them. “It wasn’t even a case of kidnapping, but the video was spread with the claim that the women are kidnappers and that the incident had taken place in Nandurbar, which is close to Malegaon. However, we found that the actual location of the video is Bengaluru,” he said. The third, and latest, video began to be seen widely in the first week of July and shows a man travelling with a child and being picked up by police in Shirdi. In the video, the child is seen telling journalists that he was kidnapped by the man in Buldhana.

This is only half the story, though, investigations revealed. Police said the edited clip omits the fact that the boy later retracted his story and confessed to having willingly accompanied the man, a family friend, to Shirdi from Buldhana and to having lied because his family owed money to the man.