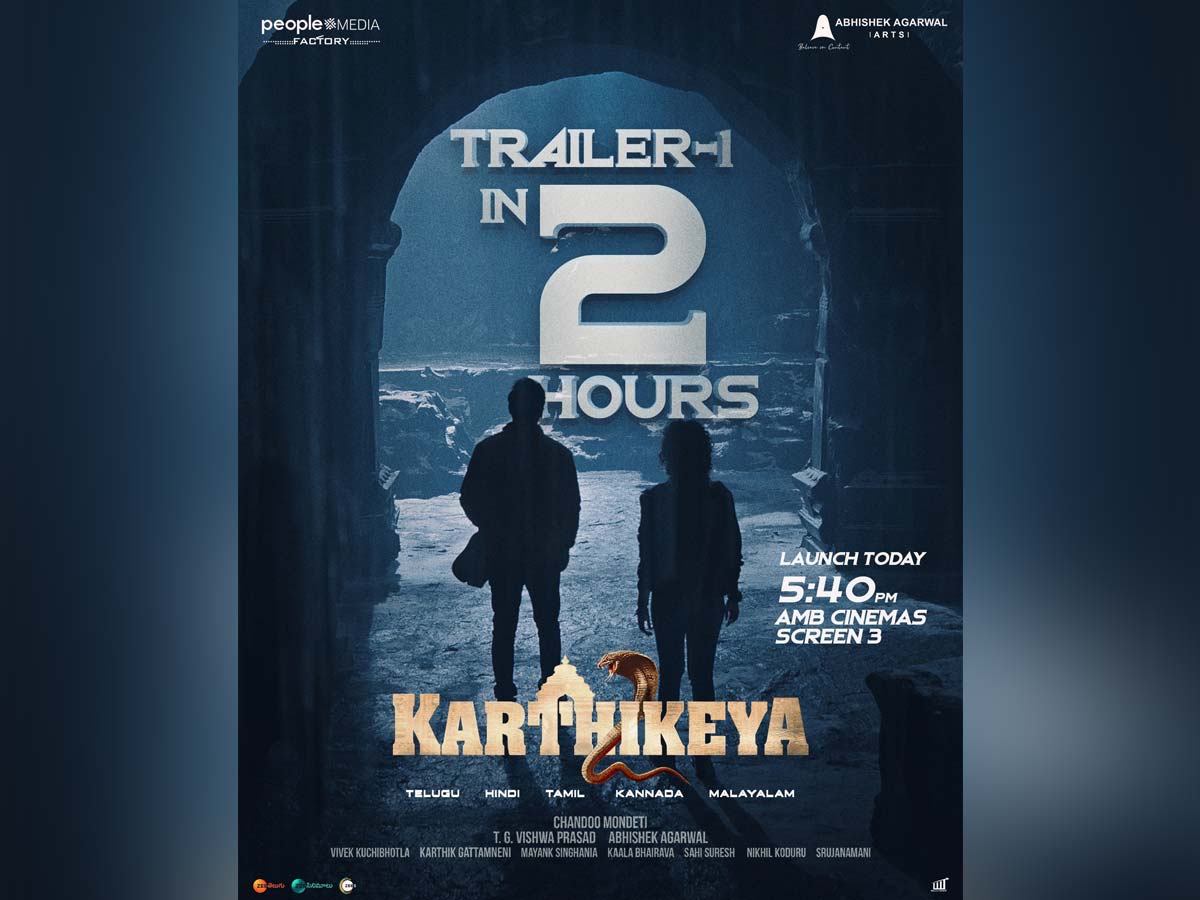 Directed by Chandoo Mondeti, Karthikeya 2 is an upcoming mystery thriller starring Nikhil Siddharth and Anupama Parameswaran in the lead roles. It is the sequel to the 2014 film with the same title. Currently, the film is in the stage of its promotional activities and grabbed the attention of the viewers so far.

Today, the makers have planned to disclose the trailer-1 of the film this evening at 5.40 pm at AMB Cinemas in Hyderabad. It is going to be released in a grand manner. The makers have been spreading the news with a breezy poster that contains the date and time of the trailer launch.

It is produced by People Media Factory and Abhishek Agarwal Arts. Kaala Bhairava composed the lyrical tunes. It is all set to occupy theatres on July 22nd. Anupam Kher, Aditya Menon, Harsha Chemudu, Srinivasa Reddy and others will be seen as supporting characters in this mysterious thriller.