The polls, that began at 7 am and ended at 7 pm witnessed several COVID-19 affected people voting with Personal Protective Equipment on and DMK Lok Sabha MP Kanimozhi was among them. 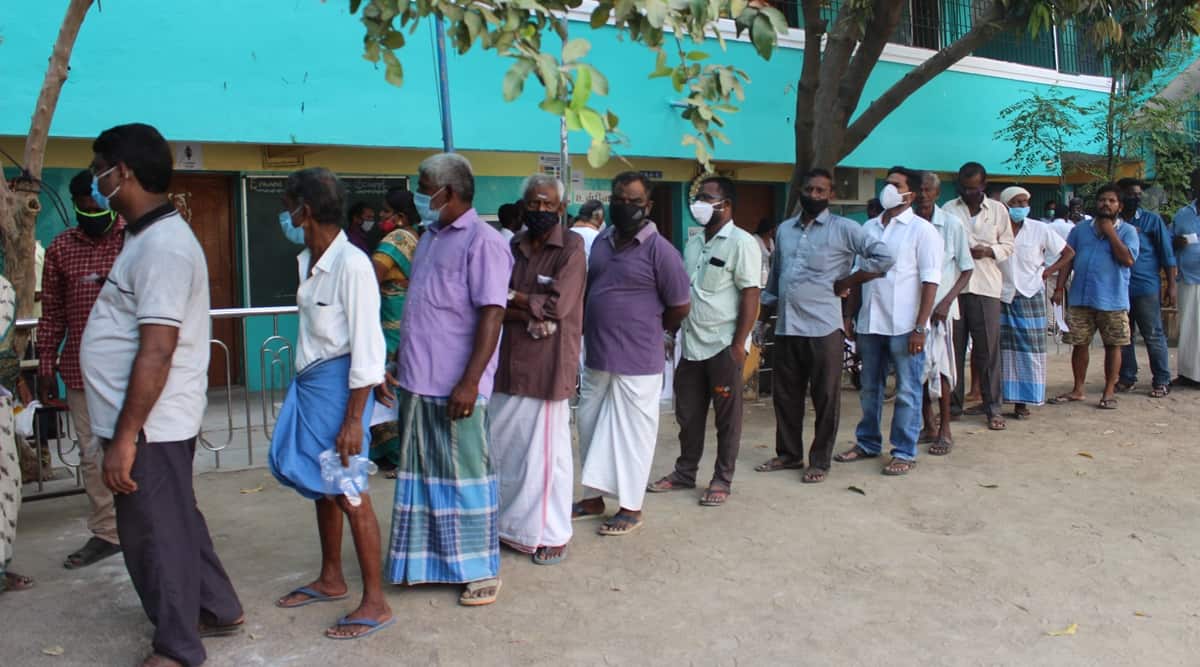 The Tamil Nadu Assembly elections ended peacefully on Tuesday and the voter turnout stood at 71.79 per cent with people sealing the fate of nearly 4,000 candidates including that of AIADMK’s Edappadi K Palaniswami and DMK chief M K Stalin, the key contenders for power.

The 71-plus polling percentage is likely to go up with completion of data collation, Chief Electoral Officer Satyabrata Sahoo told reporters. The EVMs and Voter Verifiable Paper Audit Trail units functioned well and less than one per cent warranted replacements, he said.

Kallakurichi recorded the highest of 78 per cent and Chennai at 59.40 per cent was the lowest, he said adding other information like votes cast by men and women shall be made available later. Figures for Kanyakumari Lok Sabha seat, which witnessed bypoll are expected later. 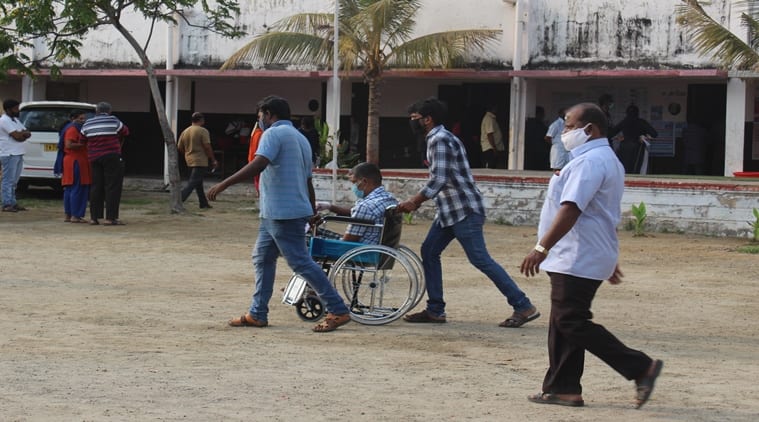 No serious law and order issues were witnessed in the state and polling was by and large peaceful, he added.

In 2016, Tamil Nadu witnessed 74.26 per cent voter turnout and polls were held for 232 constituencies out of the total 234 that year and polls for two seats were held later.

The polls, that began at 7 AM and ended at 7 PM witnessed several COVID-19 affected people voting with Personal Protective Equipment on and DMK Lok Sabha MP Kanimozhi was among them.

Sahoo said the final tally of COVID-19 affected people, who voted would be made available later.

Sporadic, poll related minor incidents were reported from a couple of places though there were no major untoward incidents. Kamal Haasan, whose Makkal Needhi Maiam is fighting Assembly polls for the first time alleged money distribution in Coimbatore and his party has lodged a complaint with the district poll authority seeking action.

On two men carrying a VVPAT machine/EVMs on a two-wheeler in Chennai, speculated initially as ‘booth-capturing,’ Sahoo said, ‘two staffers’ by ‘mistake’ did that.

A detailed enquiry was going on and as per preliminary findings, these were not used for polling. Strict action would be taken for ‘any violation’ of the Standard Operating Procedure, he asserted.

AIADMK Lok Sabha MP P Ravindhranath alleged he and his supporters were allegedly attacked by DMK men. Pointing to the damaged windscreen and window of his car, he alleged it was an attempt aimed at a ‘murderous assault’, adding ‘huge stones’ were used for the attack.

DMK’s Thondamuthur constituency nominee in Coimbatore district, Karthikeya Sivesenapathy alleged ruling AIADMK and BJP people tried to attack when he was travelling in a car.

The video on the ‘attack’ was ‘clear’ he told reporters, adding a complaint has been lodged. An AIADMK worker allegedly threatened him too, he claimed.

Two voters, including one at a polling station in Chennai, claimed that their votes had already been cast and they later voted, reportedly using ballot papers by invoking section 49 P of conduct of election rules.

Sahoo said the EVMs were being taken to 75 counting centres in the state and these have three levels of security, the first manned by the Central Armed Police Forces, and the rest by state police. 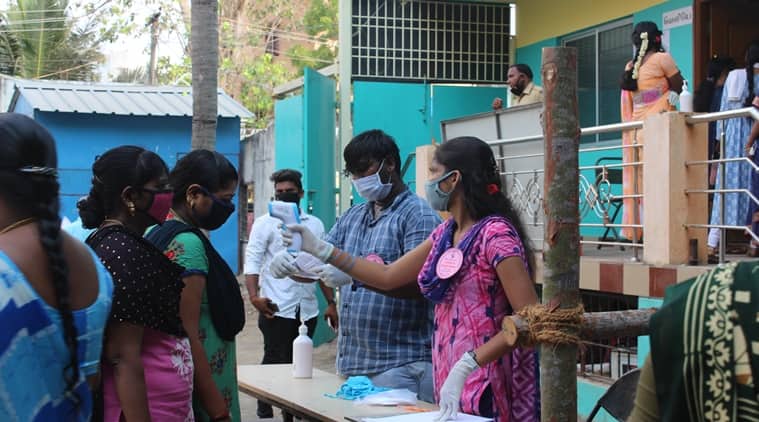 Such centres were being monitored through CCTV network 24 x 7 till the conclusion of counting process on May 2, he said. The top official when asked if there was a possibility of re-polls in any constituency complaints, if any would be
looked into during usual scrutiny process on Wednesday.

The CEO said there were no major law and order issues anywhere, adding reported incidents were only minor in nature.

On incidents like the one involving the AIADMK MP and DMK nominee in Thondamuthur, reports have been sought from local officials, he said.

Actors Rajinikanth, Ajith Kumar were among the early voters and top star Vijay rode a bicycle to the polling booth. Even before polling began at 7 AM, people could be seen eagerly queuing up before the polling stations and voter information slips were distributed to the people to help them identify their booths.

As soon as people arrived at polling stations, they were provided sanitisers to clean their hands and then given a disposable glove. Some people who arrived without masks were asked to wear one to be allowed to vote.

As many as 4,17,521 polling personnel were on duty and over 1.50 lakh security personnel including those from state police, Central Armed Police Force, and home guards were deployed.

The DMK, in alliance with Congress and other parties is eyeing capturing power from arch rival AIADMK after 10 long years in the opposition.

The ruling AIADMK is pinning its hopes on its government’s performance and poll assurances to retain power yet again. The ruling party snatched power from DMK in 2011 and retained power in 2016.